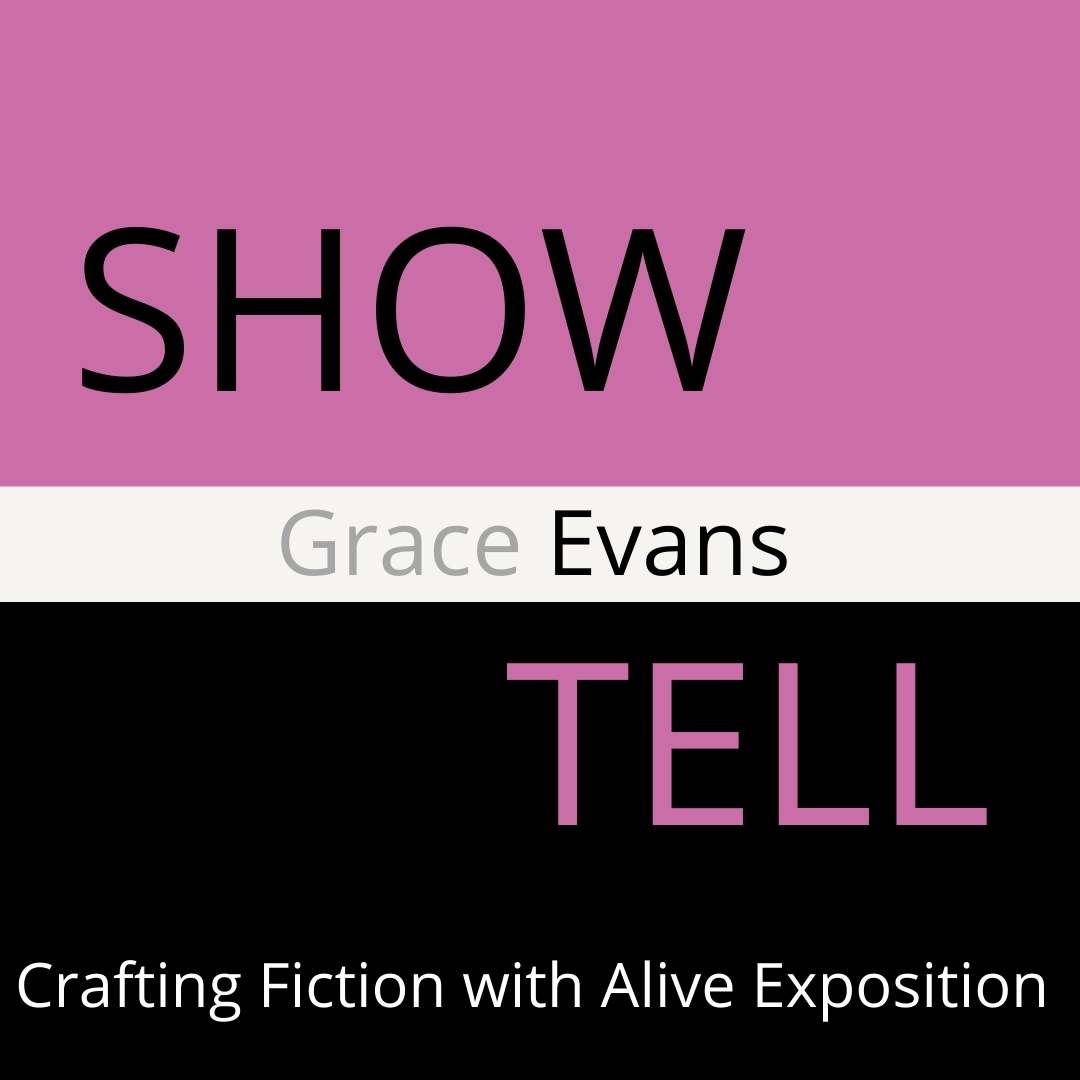 While writing a first draft of a novel, I turned one scene and an economical one-paragraph description of a mother-daughter relationship into seven scenes dramatizing every aspect of their dynamic. Why? A writing craft book advised me to focus on plotting and crafting scenes, and that eventually I would string all my scenes together and find myself with a complete manuscript.

So, I stretched every idea into a scene that included conjuring an event, developing conflict, and fleshing out character. I invented beginnings, middles, and ends. My draft got longer and slower. It started to bore even me.

I didn’t end up with a decent manuscript draft, but with a realization: a novel should be some scenes, maybe even mostly scenes, but not every character detail or piece of information deserves a whole scene.

To be sure I wasn’t just exhausted from scene-writing, I started to notice large swaths of text in published novels that told. Like oral storytelling, like a folk or fairy tale. But summary or exposition like this is what we’re often advised to avoid. Yet I found that these sections were often where I felt most engaged. In-between is a place to process the previous scene, expand or compress time, show a character confront their feelings.

Sonya Huber’s excellent piece on LitHub, “The Three Words That Almost Ruined Me As a Writer: ‘Show, Don’t Tell’” delves into the merits of exploring interiority through telling; I recommend it. Here though, I want to talk about the second kind of telling I’ve identified–something that I’ve named “alive exposition.”

Let’s look t two examples of alive exposition. The first is the third paragraph of “Good Friends We Have” by Zilla Jones honorable mention for Room Magazine’s Fiction Contest 2020.

Ashdown was hell and I hated it. When I was younger, some of my classmates invited me to their birthday parties or played ponies with me at recess, but then we started junior high, and the other girls’ conversations changed from kittens and our favourite candies to rock stars, actors, and boys. I didn’t know anything about rock stars or actors because my mother refused to have a television in the house, and we were forbidden to listen to anything but classical music. My father was German and played Beethoven and Brahms obsessively, and we all played a string instrument – violin for me, viola for my brother and cello for my sister. As for boys, there was no chance of me meeting any. The other girls encountered them at their families’ clubs and summer cottages, or at dances with our brother school, St Alban’s, which of course I was not permitted to attend.

The main gist of the paragraph is this: My old school was hell and I hated it. When I was younger, I played with my classmates but as we got older, I was excluded from their interests. I never met boys because I never went anywhere and wasn’t allowed to. On their own, these three sentences are generic, express a familiar sentiment, but not interesting. Instead, Jones packed each thought with specific examples and sensory details for an effective telling paragraph of alive exposition:

So many images and sensory details packed into this six-sentence paragraph! Reading it I feel close to the narrator because I understand how she feels: excluded, strictly guarded, outsider. I get a window into her young school life, teenaged years, homelife, and the lives of the more affluent students.

Jones could have developed these scenarios into multiple scenes, but she chose to set the scenes in the story elsewhere, such as an exchange between the narrator and the school’s mean girl, or the striking conversation where her mother balks at the narrator’s indifference to her school’s pretend slave auction for charity. These scenes are dramatic, memorable exchanges, and the reader is set up to understand the characters because of the telling that comes before.

Of course, if the whole story was told as alive exposition and no scenes appeared, I might feel outside the story. But here it works, and I can pull out themes that will reappear in the story, and that are reinforced and dramatized by the later scenes.

A writer can choose the places in their stories for scenes that offer the most dramatic tension and keep momentum in the story. Exposition allows the writer to compress time and necessary information, but alive exposition makes it vivid, tangible and compelling.

Another work that made a difference for me features alive exposition is the first paragraph in “The Bear Came Over the Mountain” by Alice Munro, first published in 1999 in The New Yorker (and republished in 2013):

Fiona lived in her parents’ house, in the town where she and Grant went to university. It was a big, bay-windowed house that seemed to Grant both luxurious and disorderly, with rugs crooked on the floors and cup rings bitten into the table varnish. Her mother was Icelandic—a powerful woman with a froth of white hair and indignant far-left politics. The father was an important cardiologist, revered around the hospital but happily subservient at home, where he would listen to his wife’s strange tirades with an absentminded smile. Fiona had her own little car and a pile of cashmere sweaters, but she wasn’t in a sorority, and her mother’s political activity was probably the reason. Not that she cared. Sororities were a joke to her, and so was politics—though she liked to play “The Four Insurgent Generals” on the phonograph, and sometimes also the “Internationale,” very loud, if there was a guest she thought she could make nervous. A curly-haired gloomy-looking foreigner was courting her—she said he was a Visigoth—and so were two or three quite respectable and uneasy young interns. She made fun of them all and of Grant as well. She would drolly repeat some of his small-town phrases. He thought maybe she was joking when she proposed to him, on a cold bright day on the beach at Port Stanley. Sand was stinging their faces and the waves delivered crashing loads of gravel at their feet.

In her “telling,” Munro places so many sensory details that are specific and therefore exciting for the reader:

What might otherwise feel abstract and general – house, father, mother, daughter, suitors, proposal – Munro makes specific and tangible, and therefore meaningful. The reader might find these characters familiar or they might not, but the story becomes more concrete and compelling via the specificity.

Without revealing interiority or character feelings, Munro gives me a sense of Fiona’s place within her family. She probably antagonizes her mother. She is rebellious, entitled, and playful. The last sentence sends the reader into a half scene featuring Fiona’s proposal, and the casualness of the question mimics the pace of the set up for the scene. It’s quick and the story keeps going.

I found it helpful break down the first 25 paragraphs of the story to better see the balance of exposition and scene:

While Jones went deep with conflict-packed scenes, Munro’s scenes are shallower, quicker, and act as bridges between exposition. Munro’s exposition in these first 25 paragraphs is where Grant’s point of view emerges, his feelings are explored, the conflicts are made apparent. She brings it alive with details about vitamins, little yellow notes stuck to cupboards, the long legs and silky hair of old greyhounds. Then Munro quickly illustrates the conflict and characters through half scenes and dialogue without stopping the momentum of the story to with long scenes.

While revising my novel I ended up reducing entire scenes to their essence, slicing out events I’d conjured only to show aspects of character or relationships that didn’t propel the story forward. Now I’m choosing to set scenes with vital action, and trying to imbue them with revelatory details, rather than dramatizing descriptions.

I’ll save my scenes for the drama and tell the reader the in-between parts using alive exposition. 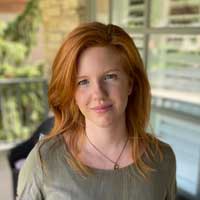 Grace Evans is a writer based in Hamilton, Ontario. Her work has been published in Broken Pencil, Shameless, The Antigonish Review, and Hamilton Arts and Letters. She is currently completing her MFA at the University of British Columbia.