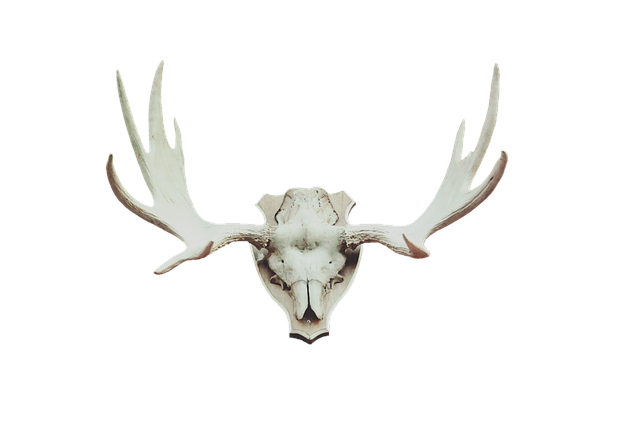 On the night the hunter shot the moose, they asked me to hold the lantern. Three men struggled to hold the body so the hunter could make the cut, and I cast gold light over them as he sawed along the ribs of the bull. There was no smell but male sweat and the crush of dead leaves under the tarp around us. Death hadn’t been there long enough to diffuse its odor into the night.

The hunter was a friend of a friend and had called for help when he shot the bull. I almost stayed behind, unsure what the sight of a dead moose would surface in me. I went anyway. The pickup was parked in a brushy area off a gravel road deep in national forest land. The hunter stood over his kill. His dad sat on the bed of the truck, rifle in hand in case the wolves, which could be heard rustling in the weeds, got too brave. When the wind blew, I imagined the breath of a wolf on my neck.

The hunter had won the lottery for a limited number of licenses to hunt moose in northern Minnesota. Two years later the hunt would be suspended. The species was disappearing, the reason unclear. In the following years, moose would be chased down by helicopters, darted by scientists, strung with radio collars. Their corpses would be plundered in the search for understanding. A parasite called brainworm was taking up residence in their brains, making them sick, making them easier prey to wolves. It was a story that began early last century when white-tailed deer began to trickle north after the forest was clearcut for lumber. Deer spread brainworm into territory where only moose and caribou used to roam. Deer evolved to survive hosting the parasite, while moose did not. The winters grew warmer; the wolves recovered. The moose population declined by two-thirds.

But I didn’t know all that then. I grew up looking for moose down every gravel road, both praying and dreading I would see one. Walking where moose lurk between the trees was my first experience feeling at the mercy of a wild animal. Because moose aren’t just big deer. They are rare and strange: ungainly, massive, fearsome. When threatened, they will charge humans, even cars. In the small region where they still exist in this state, they are celebrities, gracing logos and business names. For the original inhabitants of the area, the Ojibwe, they are subsistence and tradition and almost gone. For the hunter, that night, they were the quarry of his life. He called the bull my moose, like they had always been destined for each other.

When they handed me the lantern, I lit up the intestines, the matted coat, a hoof the size of a frying pan. My breath did not tangle in my throat, my stomach did not roil. What I saw reminded me of many stories. It was the story of when I was a child and a robin laid smooth cerulean eggs in the birdhouse in our backyard. How, driven by the fantasy of raising a bird as my own, I reached high above my head into the nest, my chubby hand fishing around, surprised to find the eggs were hot and alive. Of how I was too clumsy to hold on and, after one fell, the horror that the contents of that egg were nothing like those that came from our fridge but blood and beak and brain stringy in the grass.

The story of my parents driving through Yellowstone in the dark, when Phil Collins’s “In the Air Tonight” came on the radio, when my brothers and sister and I were just possibilities inside them. How before the song, they were just driving through the night, but the song made them afraid, as if any terrible creature could lurch out from the ditches, from their own hearts. And the story of how, years later, my father joined the other men in the family, dressed in blaze orange and propped in a deer stand somewhere in the woods. How he watched the deer walk by his perch, how the rifle stayed idle by his side. Of how, when he returned empty-handed, he talked about the beavers in the pond nearby, how amazed he was at their hurried little lives. How content he was just to watch them, not driven by hunger or fear.

I saw how the history of us was entangled with the history of the moose. How the forest was logged for lumber that floors my parents’ century-old farmhouse. How the Ojibwe ceded the land bursting with that virgin pine, driven by a lack created by the government that lusted after what the land could offer. How one day my family would purchase a plot of that land, now aspen regrowth and invasive species crowding an open field. How we cut into those woods to map and name the wildness in ways we could understand. How I would return to the boreal forest there, over and over, to live in awe of something, to notice the questions it brought up in me, to learn not to demand answers.

The men held the moose’s body at an angle while the hunter sawed through bone with a handsaw, the sound dull and wet. The head was already severed, lying nearby with its tongue out, staring at me. Months later, I’d eat a steak cut from his loin, soak it in butter, sprinkle it with herbs. But there surrounded by the bull’s body parts with those cussing men, something about the animal still seemed alive. I watched the flanks as if I might catch him taking a breath. 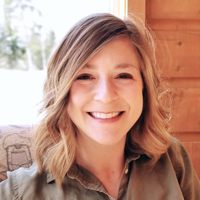 Emily Wick lives and works on the edge of a protected wilderness in the Superior National Forest in northern Minnesota. Her poems and essays have appeared in Split Rock Review, Broad!, Buzzfeed Ideas, and elsewhere. Beyond writing, she enjoys hiking, cross-country skiing, reading, and weaving.