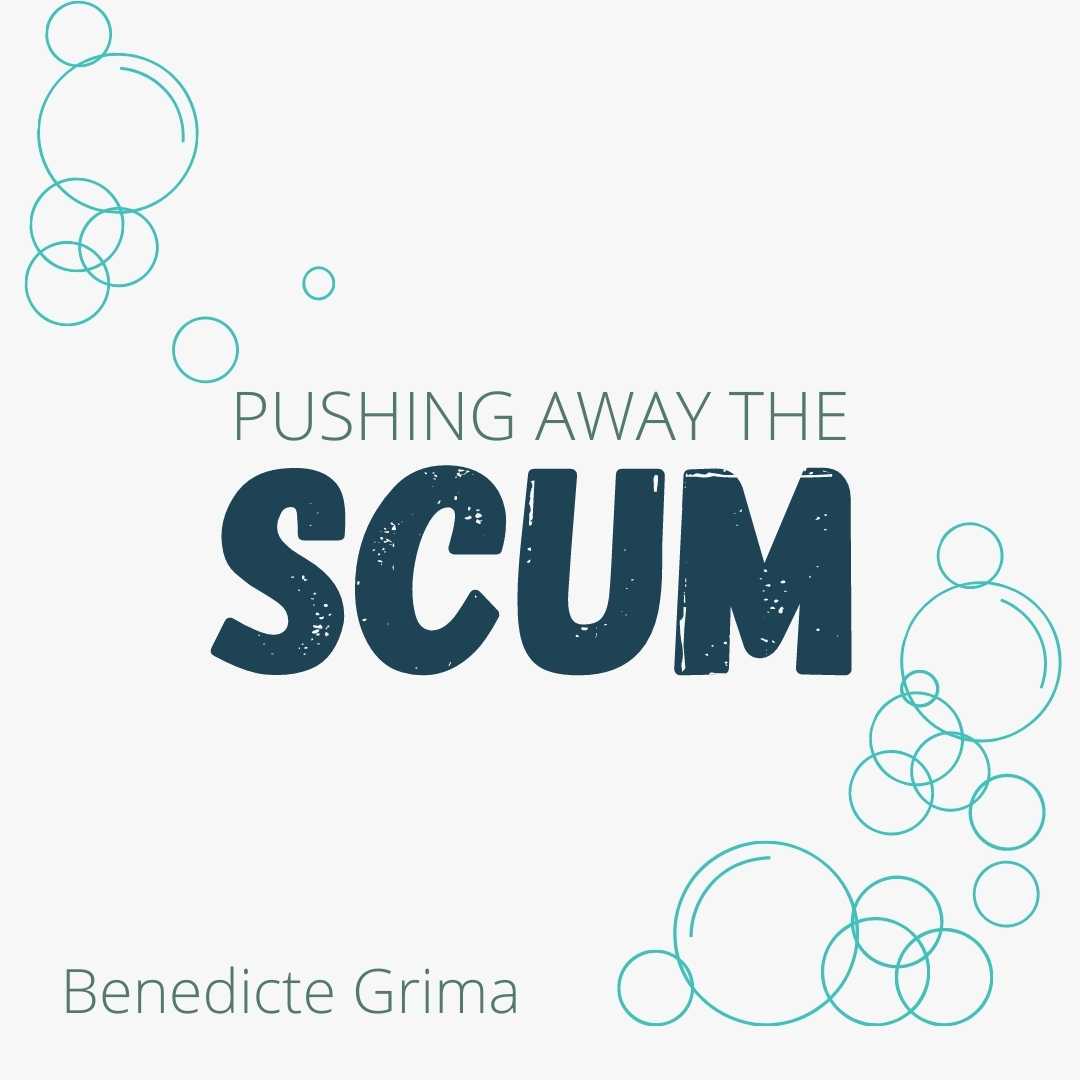 PUSHING AWAY THE SCUM
by Benedicte Grima

I have no recollection of being bathed before the age of five. Doubtless, long forgotten nannies took charge of that. But growing up in an old farmhouse with a French mother and an unreliable well water supply, I knew nothing of showers until I went away to school at age eleven. In the meantime, my younger sister and I bathed together in the upstairs tub on our own, squealing, fighting, and splashing. It was a Saturday ritual, before we dressed for Sunday mass. Our mother washed our hair separately in the kitchen sink, as we stood leaning over, submitting our heads to her massaging fingers. If we sullied ourselves between baths or just smelled bad, my mother would discreetly advise us, “Vas te laver le poum!” I have not managed to find poum in any French dictionary, although in Creole French it may refer to testicles. Did my mother, unlearned in the vocabulary of the underworld, pick up Creole slang while in Baton Rouge, her first stop in America at an age of discovering both her own body and that of children? To us children the word distinctly meant “behind.” Go wash your privates.

At my second boarding school, a British institution in Switzerland, each girl was allotted a specific day and time to bathe in the large enamel-covered detached iron tub in our bathroom shared by eight boarders. I loved watching the vessel fill with clean, clear hot water, steam hovering over the surface. Slowly, I lowered myself in, allowing the warmth to inch its way to my insides, until I was submerged to my chin. After scrubbing my body with a soapy washcloth, an initial film on the water’s surface introduced itself, a combination of exfoliated skin and dirt. I dunked myself to rinse off, then gently pushed the scum away, knowing that as I resurfaced the oily film would once again adhere to my body.

The final component of the bath, washing the hair, presented the greatest challenge. By then the water surface was thick with dirt, soap scum, and other unknowns. The first wetting of the head was of no concern since the second would chase it all away. Even the second backward head dunking went without consideration. My hair was quite long then and required time to loosen the shampoo from the scalp and beyond. Now, as I sat up, I was surrounded by shampoo suds in addition to the scum. Again I pushed it away from behind me to create a clearing, then sank backward for a second and final rinse. I became quite efficient at gauging the time it took for the scum to close in, the time I had to submerge my head and pop it out without collecting the filth. Then the final emergence from the bathwater itself, now thickly layered. I pushed away the dirty bubbles, creating a clearing around myself, and quickly rose to climb out of the tub. Maybe it’s a blessing it only happened once a week.

With great delight I discovered showers at my next boarding school, in the US. My sense of hygiene was shocked, however, to simultaneously learn that the other girls showered daily while I considered two showers per week sufficient. That may have had something to do with the teasing I received as a freshman, the slap-in-the-face introduction to American culture. Showers became a default manner of cleansing, and I was relieved when my parents added these to our farmhouse.

When I moved to my grandmother’s apartment in Paris, however, I was once again faced with a detached tub on feet, no match for the five-gallon water heater which barely dispersed two inches above the base. This would never do. I took to filling the largest pots I could find in the kitchen and heating them to boiling on the stovetop, then lugging them through the dark corridor to the bathroom. These, combined with cold water, would yield a half tub, enough to allow a repeat performance from my days in boarding school. As for washing my hair, I revived the tradition from my youth, opting to lean over the kitchen sink and use the faucet.

These hygiene practices prepared me for those in wait as I engaged in years of living in rural villages of northern Pakistan for fieldwork, where there was no running water, no tubs or shower stalls. I was lucky to find a moment of privacy in the toilet shack and to have someone heat some water in a small pail, my bathing ration, prepared on Thursday nights and accompanied by a change into clean clothes in readiness for Friday, holy day of visits. As if on cue, my child’s nanny called out “Scrub behind your ears!” Of course, everyone did the same and smelled the same, so no questions were asked or noses turned. Apart from the odors of sweat, no one ever trailed any hint of missing hygiene. Muslims are sensitive to cleanliness, and toileting is always followed by rinsing one’s privates from a receptacle dangled along for that purpose—an announcement of intention. Some traditional mountain women once even treated me to their own hygiene practice; after I had washed my hair they poured generous amounts of mustard oil onto my scalp and massaged it thoroughly through the strands and, once satisfied, set about creating thirty braids of my hair, hence ensuring it would remain oiled and plastered in place until the next washing, possibly a month away.

“Alert the media!” cried out my American husband on days when I announced I would be showering. He accepted the infrequency of my bathing habits, even if he did mention it in a teasing putdown to company. But he admired that when out in nature, I was not ashamed to pull over and take care of business, using leaves to wipe myself. I taught my children and grandchildren to do the same. And when we were out of water at home, I showed them how to brush their teeth using a single small cup of water. To this day, I am satisfied with a washcloth bathe standing at the sink, wiping rather than pushing away the scum, and my aging joints much prefer to wash grandchildren’s hair at the kitchen sink than to bend over them in a bathtub. 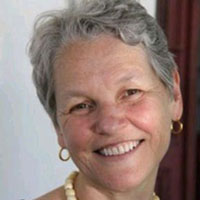 Benedicte Grima’s anthropological research, The Performance of Emotion Among Paxtun Women, was first published in 1992. She self-published a collection of fieldwork-related essays, Secrets From the Field (2004), which won her an Eric Hoffer finalist award in 2019. Based on work among immigrants in the US, she then self-published a historical fiction novel, Talk Till The Minutes Run Out: An Immigrant’s Tale from 7-Eleven (2019). Her second historical fiction novel, Heirlooms’ Tale was published in 2020. This piece is from a collection of memoiristic essays, Tableaux Memories, currently in progress, some of which have been featured in ROVA Magazine and Entropy LitMag.