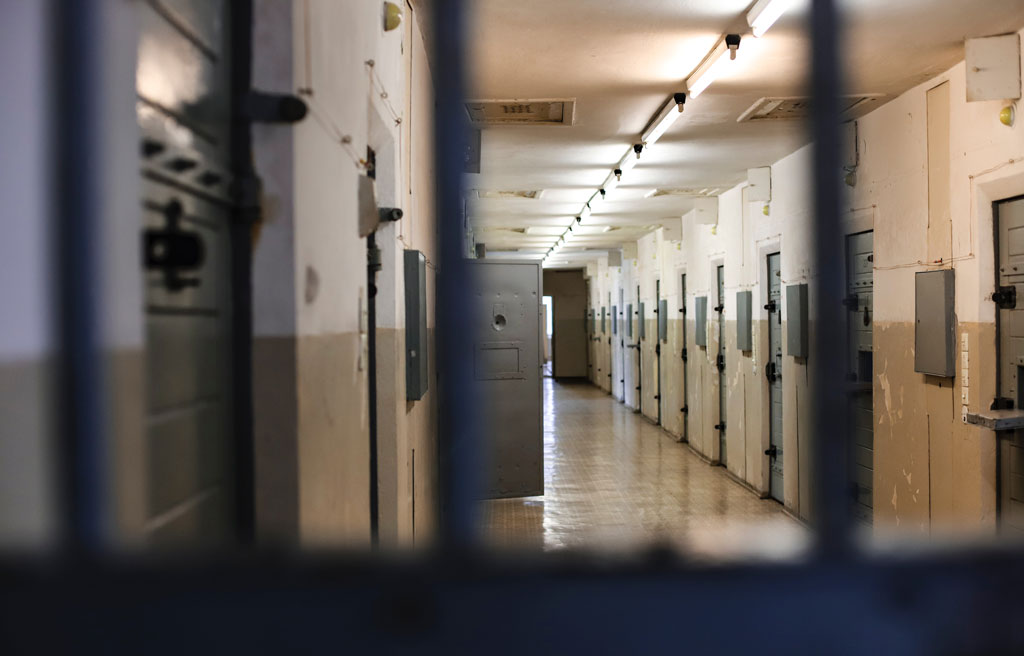 It started off with cats, which was what my cellmate Rudy had, til his cat shrunk down to the size of a kitten, then a mouse, then disappeared altogether. Every once in a while, at night, besides the usual squeaks of the roaming guard’s boots, I’d hear squeaks of a different kind. Through the slight light at Rudy’s bunk, I could see where he lay with his head propped on one hand, the other hand cupped in front of a squinted eye. An eye he’d wink at me before putting his finger in front of his mouth and saying, “Shhhh.”

When my morning came, through the bars the guard handed me an armadillo. I guess, by the time they got down to people like me, they was all out of cats. They had already told me I shouldn’t self-punish. But for me the armadillo made a kind of sense, at least that’s what our group therapist Dr. Gronsky said, because I keep a hard outer shell. That’s why I’m supposed to write this all down, he said: to find myself a way out of myself.

An armadillo is small as a squirrel—lots of people don’t know that—and Aztecs used to call them Nahuatl, which meant turtle-rabbit. Rudy told me about that word because like all the Mexicans in here he likes to pretend he’s descended from Aztecs, though who’s to say he’s not just descended from Erik Estrada. Or was, anyway. I still don’t understand what happens to us after we leave here. Not when we leave the way he did.

My armadillo is cheap to feed—ants, grubs, roly-polies—and that’s how I spend my time in the yard. Me on my knees digging up dirt with my hands, Harriet with her little claws. I pet her leathery armor, warm like a saddle, warm from the sun falling behind the barbed-wire caging.

The idea behind the Pets for Penitents program was that by trusting us with responsibilities we were made more responsible, that by being trusted we’d accept ourselves as trustworthy.

So there we were in the yard getting beat down by the sun on our necks. I sat on top of an aluminum table with my shoes propped on the blinding bench-seat.

Across the grass, Hector walking his peacock, strutting at the end of its leash, grooming those feathers like dancers’ eyes: all-day watching, blinking—tempting, even.

Tyrone watching the weighted barbells move up and down over chest after chest, all the while on his shoulder sat that iguana, throat-breathing.

Thad watching the whites play basketball, head bobbing approval at a three point swish; Twyla, his cockatoo, perched on top of his head and bobbing her own.

We inmates was all lock-step so our pets could get their walking privileges. So they could get a treat or two. An extra fly. A biscuit. Humans’ll take care of a pet better than themselves. Most. We all thought Rudy was the only one his pet didn’t check. We all thought when his cat disappeared, Rudy took to starvation.

We all thought wrong. Thing was, he wasn’t just getting skinnier.

Rudy had been beastly, with tats scrawled across his buff shoulders and down his swollen arms. Now he stooped from five feet and a half to five, skin flabby beneath his chin and chest. His pants wouldn’t hang on his waist, so the warden finally issued him pants from the women’s ward visible out the window and across the boring Central Cali fields.

“Where’s your cat?” the warden asked, shiny shoes at the base of the bars. I watched with my pillow tucked down over my head. The warden thought of me as a problem. My armadillo, Harriet, she curled up into my tensed forearm, tensed at the thought of that word “problem.”

Rudy shrugged his now-knobby shoulders. “Must have made his escape from Alcatraz.”

When the guards finally came into the cell, it got tore up from the floor up for some kind of clue. What was happening to him? He didn’t tell them shit. Rudy sat cross-legged, no bigger than a bronze Buddha for a garden, on the worn-out bed. He was down to four feet tall and one hundred pounds. They took his family photos; he just kept shrinking.

They had to stop there because prisoners were allowed by law to do three things: Crafts, Kitchen, and Crap. They thought maybe he wasn’t eating anymore, but he’d climb down off that toilet like a child and smile over his crusty mac and cheese in the dining hall. I had a deeper hunger for thinking on the past than I had for any food, and I pushed my macaroni around my plastic plate.

He sat across from me, clutching his tray topped with a plate empty of anything but a yellow smear, his denim collar and cuffs big as a Marx-bros hobo-skit. “You gonna eat that?”

At the bus tub near the dining hall exit, I dropped my tray in and looked back at Rudy eating my dinner at our empty table. Tyrone, with the slow-lidded iguana on his shoulder, nodded at my tray, took the hairnet off his bald head, and took the bus tub up in his delicate hands.

I asked him, “Is it just me, or is Rudy shrinking?”

Slow blink from Tyrone. Slow blink from iguana. Big-throated, double-chinned shrug from the both of them. “I hate to say shrinking,” Tyrone said. “Dr. Gronsky says we’re not supposed to make judgments.”

Dr. Gronsky ran our circle-time on Tuesdays. “What should we call it?”

Tyrone propped the bus tub against a hip and scratched his iguana’s chin. “How’s about self-induced reduction therapy?”

Tyrone didn’t answer, just fed a stray piece of macaroni from his fingertip to his iguana’s pink tongue.

So there was Crap, and there was Kitchen, but when it came to Crafts Rudy ran the show. All day and night he super-glued twigs and popsicle sticks, Lincoln logs and heavy paper, light bulbs from Christmas lights no bigger than a bee’s ass.

Rudy, hunched over his project, now looked more like a four-year-old building a diorama than a man of eighteen building a piece of art.

“You know by now what I did, to get locked up.” He did know. He was the only one, really. That knew what I’d done and why. “What did you do?”

“Does it really matter?” He corkscrewed his tongue against his chapped lips and squinted down at the four-inch-high door he was gluing to the doorframe. A bead of sweat dripped off his small bald head to land on the stamp-sized welcome mat at his fingers. He sounded different and said in his new small flutey voice, “Dr. Gronsky says we shouldn’t self-punish.”

It should have told me something, that to Rudy I was the one who self-punished. He just kept on gluing pieces together. Kept on shrinking, too.

That Tuesday, at circle-time, Dr. Gronsky put his grey-haired hand on my shoulder, to stop the sobbing. And he said our guilt would only disappear when we learned how to live in the moment, the way our pets did.

By the last days of Rudy’s stay, I had to leash Harriet to my metal bedpost—she could’ve blown Rudy over just breathing near him. The last time I saw him, Rudy was just big enough to open that popsicle-stick door of his little home, walk in, and, right after waving goodbye, shut the door behind him. The lights went on in the tiny windows crossed by toothpicks. I heard it again, then, the tiniest high-pitched meow, and a purr like the sound of a fly’s wings.

I petted Harriet’s armor, not much harder than a calloused hand, and I cried because I still felt hot-bellied with guilt, because I always would, even once the crying stopped. And it was a thing I had when I didn’t have many things, so I hung onto it. Then Harriet crawled stump-legged into my hand, sniffing up at me, her tiny black eyes reflecting me wide as a world. Now when I thought of Harriet I didn’t think Nahuatl, or turtle-rabbit, or even Armadillo. See, Harriet wasn’t her name when I got her.

When I blinked my burning eyes free of her gaze I wasn’t sure how much time had passed, but my tears were gone. And there she was, still the size of a squirrel in my palm. Only, when I set her down on my pillow and she crawled across it onto the headline of my newspaper, I realized she was the size of a mouse. She sniffed at the date running long from her nose, and I thought, life’s a long time and a short time at the same time, isn’t it? She wobbled her artichoke back to tuck herself under my duffel-sized pillow. I took a deep breath. I laid my head back and imagined her settling in under there.

Christopher David Rosales is from Paramount, CA. His first novel, Silence the Bird, Silence the Keeper, won him the McNamara Creative Arts Grant. His second novel, Gods on the Lam (Perpetual Motion Machine Publishing, 2017), and his third novel, Word is Bone (Broken River Books, 2019), are available now. Word is Bone won him an International Latino Book Award, and his new short story “Fat Tuesday” is featured in the anthology of border noir titled Both Sides (Agora/Polis Books, 2020). Contact him at www.christopherrosales.com.