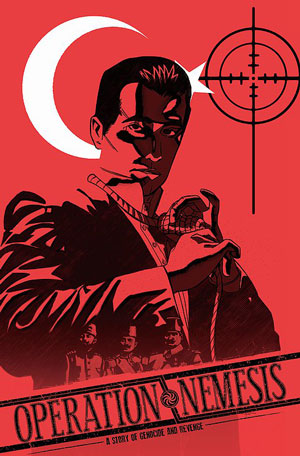 Written by Josh Baylock, drawn by Hoyt Silva, and produced by David H. Krikorian, Operation Nemesis is the story of the early 20th century Armenian genocide and the tale of the eventual murder of that genocide’s architect. While this is a tale of Turkey’s then leader and dictator Talaat Pasha’s annihilation of over one million Armenians during World War I, the story of that atrocity unfolds through the trial and eventual acquittal of the assassin, Soghomon Tehlirsan. Historically rich, this graphic novel reads like a storyboard to a cinematic rendering of this tragic narrative. Each panel is vivid in its noir presentation: dark but flush with rich tones, stark and at times brutal, but firmly recounting an important story.

Rich with symbolic elements, Operation Nemesis features key allusions that gesture to the weight of justice and retribution. Panels that display swords and pistols on the scales of justice, dealings with dignitaries with a chess board in the foreground, and the ever-present newspaper (that eventually becomes the reader’s timeline to events within the story) present a genocide that went largely unnoticed and presumably served as a precursor to events in Nazi Germany. Baylock splices events from Tehlirsan’s recounting of how and why he sought out Pasha to the events that justified him and his supporters. Tehlirsan attributes the assassination of Pasha by his hand to visions of his loved ones in the spiritual realm. However, Tehlirsan’s narration of the atrocities and callousness of Turkish forces paired with Silva’s unrelenting panels of gruesome and numbing murders of men, women, and unborn children counterbalance the morality of his actions. 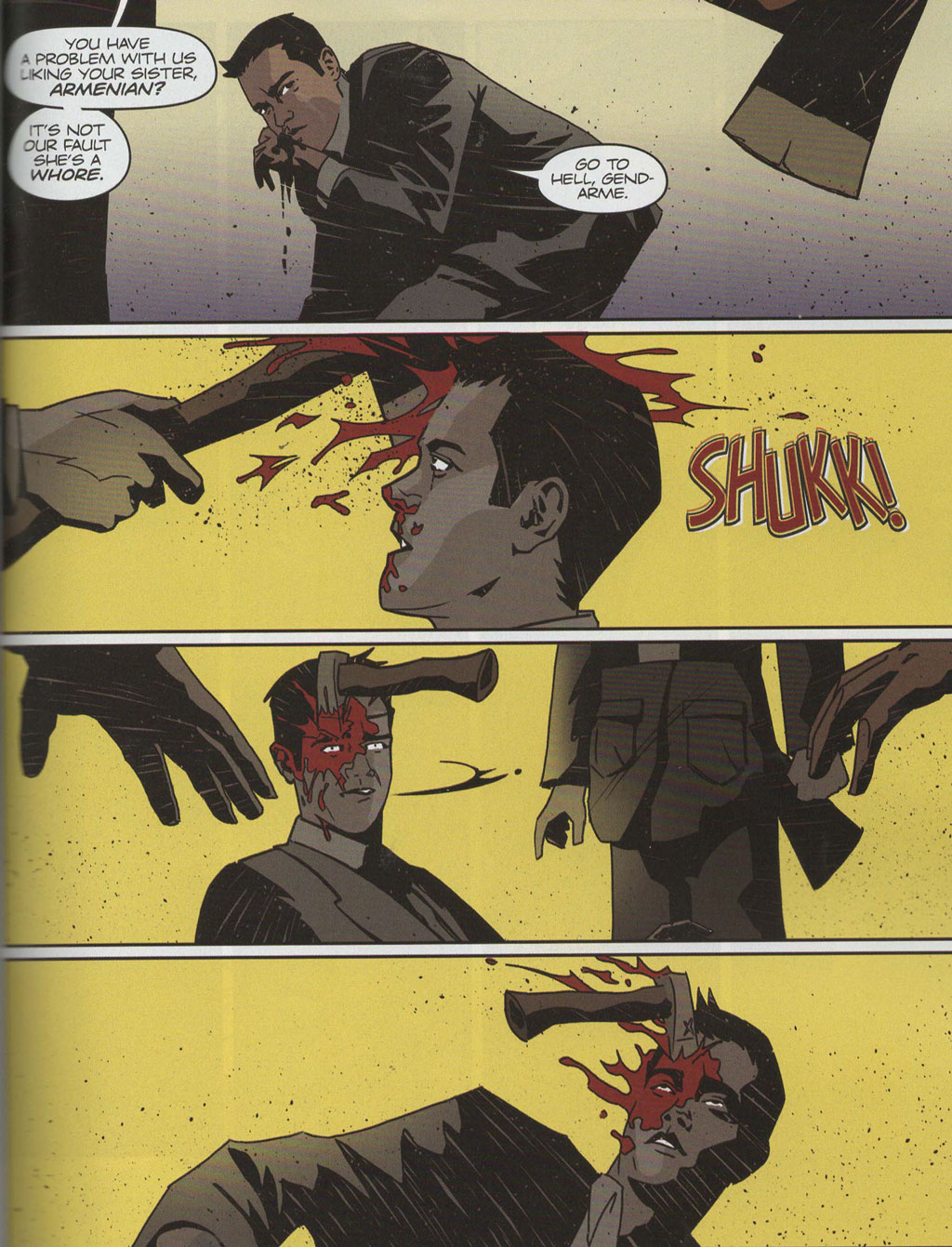 This recounting of events provides a window into the rise of authoritarian leaders and the devastation that is left in their wake. Tehlirsan’s acquittal by jury is an important factor into how societies assess the morality of one inconceivable event with another. Operation Nemesis rises above being a polemic or tale of revenge. It is a story that throws a pebble in the pond of the collective consciousness of human history and forces us to examine genocidal events.

Jesse Allen lives graduated from Cuny’s Graduate Center with a masters in Arts and Liberal Studies with a focus on New York Studies. He is a life long fan of comics, graffiti, and space operas and lives in Brooklyn, NY.