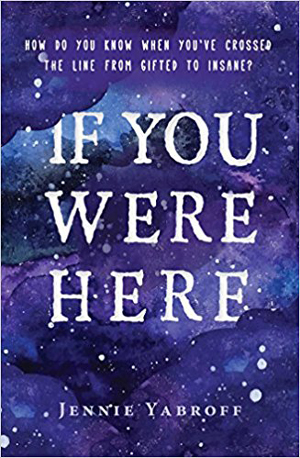 IF YOU WERE HERE
by Jennie Yabroff
Merit Press, 272 pages

Being normal and making it through high school unscathed can be a big deal, and, for sixteen-year-old Tess, it’s all she’s ever wanted.

In Jennie Yabroff’s debut young adult novel, If You Were Here, Yabroff shows the normal struggles of growing up combined with the confusion of dealing with a parent suffering from mental illness. If You Were Here follows Tess Block, a girl who relishes summer vacations where she can hide away in her grandmother’s country cabin and not have to deal with high school or family. It means no contact with her best friend, Tabitha, because there’s no cell service, but Tess enjoys the freedom of escaping NYC for a few months, and the freedom from what’s going on at home with her mother.

Tess manages high school and a difficult home life thanks to these summer breaks and weekends spent with Tabitha watching and quoting Sixteen Candles. But Tess’s semblance of ‘normal’ disappears when Tabitha decides she wants to be part of the popular group, leaving Tess behind. This abandonment marks the beginning of Tess’ life spiraling out of control. When her mother’s mental stability slips and Tess starts seeing strange visions, like being blamed for a tragic accident, she worries her own mental stability may be in question too.

The novel is told from Tess’ perspective, beginning with the line “Once upon a time, I was normal,” which sets the questioning tone, not only of Tess’ narration, but of the book itself. What is “normal”? Is it better to be normal than to be yourself? If You Were Here asks readers to think about fitting in and what must be given up in order to do so. Tess’ dry sarcasm and Grammar Police attitude add a lighter air to balance these tough questions. 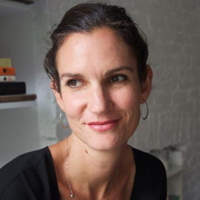 If You Were Here has two main conflicts; one that carries the beginning of the story, and one that carries the latter half of the book. Tabitha’s betrayal of her friendship with Tess drives the first conflict, with a slower beginning that allows readers to get to know Tess, her everyday school life, and the roll-out of Tabitha’s new attitude. A tragic accident kicks the second half of the plot into motion. Tess is hurled into a whirlwind of trying to figure out what’s happened, combined with her mother’s declining mental state, all while hoping she isn’t going crazy herself. She’s pretty sure she didn’t have anything to do with the tragedy, even though everyone else says she did. Both storylines pick up speed as the novel progresses, leaving readers unable to put it down until they come to the final page.

“For every problem there’s a solution,” Tess’ father tells her, and she remembers his words throughout the book, refusing to give up and accept what everyone else blindly believes. Yabroff depicts an inspiring story that challenges readers’ views on what it means to fit in and to be “crazy” in this debut novel that is half typical high school drama, and half mystery and suspense, with a hint of magical realism thrown in. 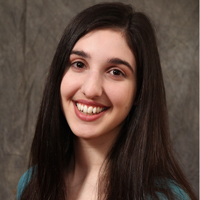 Caitlyn Averett is in her final year as a grad student in the English and Creative Writing MA program at Southern New Hampshire University. She has a BFA from the University of the Arts, and she spent Summer 2016 in NYC working with a literary agency, attending lectures with editors at the Association of Author’s Representatives, and squeezing in some time to work on her novels.