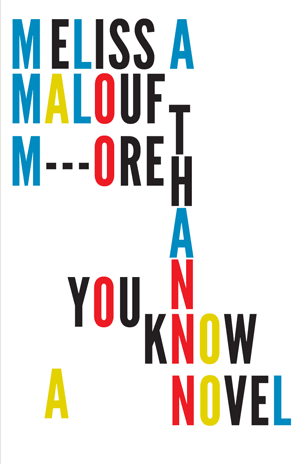 Melissa Malouf’s More Than You Know intrigued and perplexed me right from its disorienting start. I’d barely landed on the first page when I fell down a rabbit role with narrator Alice Clark, chasing characters I hadn’t yet met: Hannah Jensen and her husband Bradley, always called Mr. Jensen; Barbara Delaney from Las Vegas; the “three dead young men,” Eric Langland, Richard Stone and Darrell Farnsworth, grad students in English and American Literature at UC Riverside. Unmoored (by early retirement) from teaching at a California community college, Alice doesn’t decide so much as she is compelled to travel cross country to Vermont to confront the Jensens and her role in her friends’ deaths. Through Las Vegas, Cheyenne, Omaha, and Peoria to the Jensens’ home in Chittenden, Vermont, Alice pursues a psychological mystery for which the only way forward is back. Her “mad undertaking” is a puzzle she puts together in real time with the reader, a year after her road trip—and decades after her loss. “Untimely deaths is a phrase one could use to make a tidy story of it,” she says. “If one had never met the Jensens.” 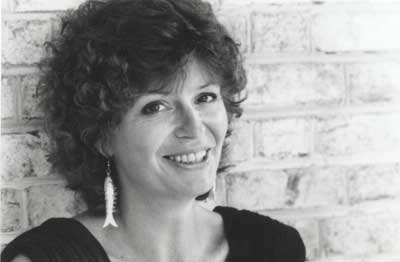 But this story is anything but tidy. The novel’s odd, taunting title aptly describes not only the mystery at its heart, but also the instability of any story’s meaning through time. Like the old black and white photograph of the grad school friends that “tells [Alice] something different each time [she] looks at it,” interpreting Malouf’s story is a matter of choosing from a set of literary tropes that point in different directions. Is Alice, who sometimes slips into distancing 2nd-person voice, the fragmented protagonist of a trauma narrative, seeking integration? Is she like the hearth-centered females of 19th– and 20th-century domestic fiction, settling for home ownership while secretly pining for “priestly” Eric? The solitary scholar stand-in for the madwoman in the attic? A contemporary version of the Victorian innocent lured into the clutches of charming villains? An unwitting resident in a haunted house, its walls embodying regret and grief? A guest in an Agatha Christie country manor, presumed a suspect if not a victim? Shifting these signposts seems to be part of Malouf’s point. More Than You Know reinterprets the linguistic puzzle-making of Lewis Carroll’s classic Alice in Wonderland, and reproduces the frustrating and rewarding experience of learning to read: deciphering words in changing contexts, embracing and abandoning patterns as clues.

Alice is a literary code reader—so she’s alarmed by the lurid victim tales Hannah invents as the two women play the board game, “Clue.” And when Hannah shows up at her house one night claiming she’s been raped, Alice studies Mr. Jensen’s diary for evidence. But like Hannah’s husband, the diary is indecipherable: “There is no discursive writing inside, no revelations or reflections, no detailed memories, no stories per se,” she says. “There are only our names—Alice, Eric, Darrell, Richard, Hannah—in various couplings and combinations.” Later, when Eric’s body is found in the Chittenden Reservoir, his coat pockets stuffed with heavy volumes, Alice looks to the sunken books’ titles for explanation. For Alice, literary “weight” has figurative and literal significance.

Reading a literary novel set at a college is like any inner-circle game: the more familiar the references, the greater the pleasure. And though the mystery involving the charismatic, creepy Jensens keeps the reader turning pages, the novel’s somewhat hasty ending reminded me of “Clue,” in that the solution is never as satisfying as the search.

But there’s another, larger, question of identity that Malouf pursues here. Is Alice “always just Alice,” as Hannah (whose palindrome name is the same word read forward or backward) insists, and her potential pre-determined by her past? Or can she change her trajectory to revisit “the life [she is] not leading [that] sits on [her] shelves and in [her] cupboards, an unwound clock”?

“Here is a storybook tale,” Alice reflects in the first pages—and near the last moments—of her story, from a future that includes a friend (Barbara) and a child (Constance, her ward) she’s brought forward from the past. “One about a world where these things could have helped me to mend the gaps that kept me close to Eric but not close enough. It’s a busy little world, abuzz with patchings-up and re-assemblings and timely rescues. With tinkerings that don’t manage to stop either the clock or the sickle but do their noisy best to stave them off….I want to end up in such a place, to live out my days there, mending, not dreaming.”

“It’s a poor sort of memory that only works backward,” the White Queen says to Lewis Carroll’s Alice. Indeed. For Melissa Malouf’s Alice Clark, remembering is also the act of rewriting her future.

Elizabeth Mosier is the author of The Playgroup (Gemma Open Door) and My Life As a Girl (Random House). She has recently completed a new novel, Ghost Signs.