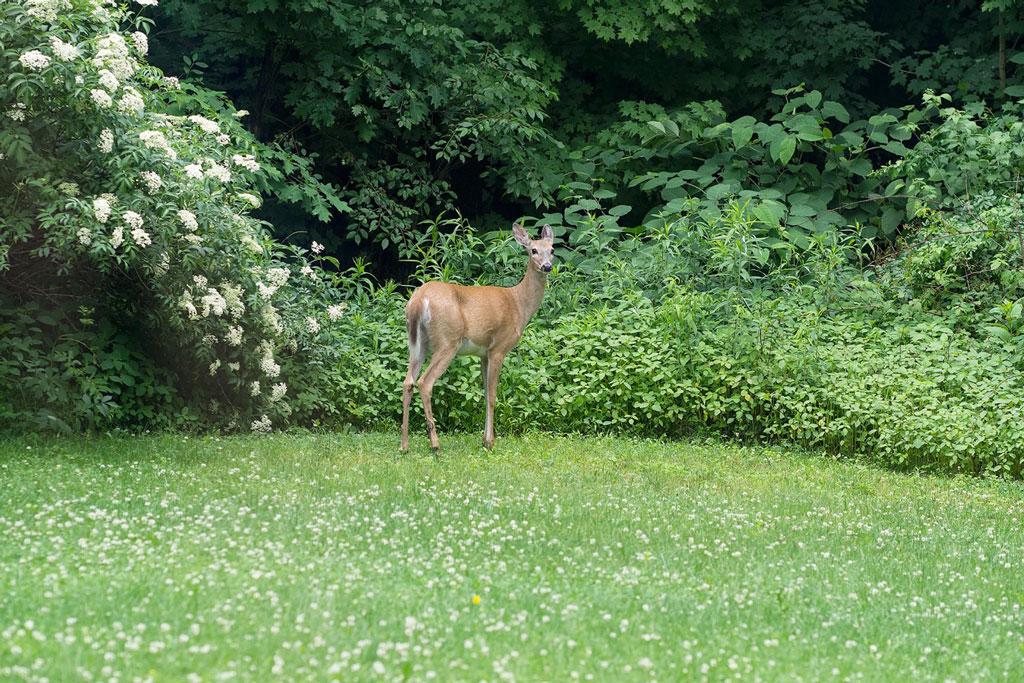 ….Another retired year and scrappy light’s chronology,
with suppertimes the neighbors ask you in or ask
themselves to, where swings and slides and rim-strung nets
imply a peace made casually, speeding
a fox through his to do, an owl to hers, so that Mercy
may be the faces that remind,
or, inches away, a new year’s mandevilla, its post-wrapped
tendrils and scarlet repeating puckers
climbing, repositioning, as the light decides, and
as the faces, reabsorbed, might seem
to us dissolving, as indecisive, say, if misremembered
frequencies, assuming themselves,
as wasps fly in, and set up under eaves, endorsing
the receptive atmosphere, and
as distractions come, prolifically, like
small minds obsessing, in
giant latitudes.

….Would you be quickened less than he by this consent,
exploring the CRT the neighbors leave
in shin-high grasses there, where the village paving ends
and thoughts begin, smoke out, or, wished away,
a thought’s dismissed, too much for the nineties ends of May
and mowing a village needs to see to,
or for these jewel-bright feeders we’ve put out, for birds
to find their ways to, as the breeze-brought heat
breaks up, with time to be tugging thistles out, from rows
between spared rows we’ve put our hopes on, with
tomorrow’s seventies, fuel to be bought, and flats, and all
that guessing where, the together work
we mean to get to when time’s right, imagining ahead, and
the mid / late season plenty for our taking, if weeks
ahead cooperate, and breezes some, new tools, machinery,
like a foreknowing, pre-visual say, according
to the habit or homage, the introductions a new season’s
organized, and these doves, intent on neighbor woods
and otherwise, plying with light through complicating
branches, through these thoughts doves concentrate,
as the cloud-cool shade lets on, and, to the left
and right, the leafy spreads, suspended above
…….the natural trail under them.

….Your book, this afternoon, I had never read, read well,
I’m sure of it, though through maybe, and
what you’ve read of me, quit well before well done I’d guarantee,
with dangers to master or respect, seems no more true
if all at once indelicate, even as the winds play mindlessly, among
the purple, pale-pink potted petals at the front,
and, like the simplest sentences, these lilies the winds were always
fussing over, fussing at, so that “the sentence
outdoes the scandalabra,” you could joke, to prove you were not
as claimed, stamped prodigy, stamped crazed,
in the halls patrolled by knotted cords and breast plates, drumming
armies up, with parts in the deep and dank modalities
you authored, in comments you’ve given up for good, unspoiled
by our research, like the rents a landlord credited at moving,
or beams nobody ever counted on, refractions announcing hours,
as unguarded still, where no one’s established garrisons
or set camps up at pre-decided distances, with every permission
sold, forever at stake, or generously extended, when
the stylings cry out, the stylings scream like that from walls
and whispered / whistled crosses, leaving your senses
ratcheted, the smoke and dust of a dry season
settling over rails and raised gates, as afternoons
turn suppertimes, in the meanest
……..village kitchens. 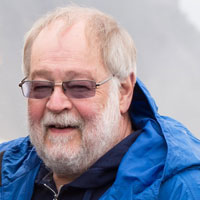 Robert Lietz has published eight collections of poems. His work has appeared in journals in the U.S., Canada, France, Sweden and U.K. He spends a good deal of time taking, post-processing, and printing photographs and exploring the relationship between image-making and poetry.