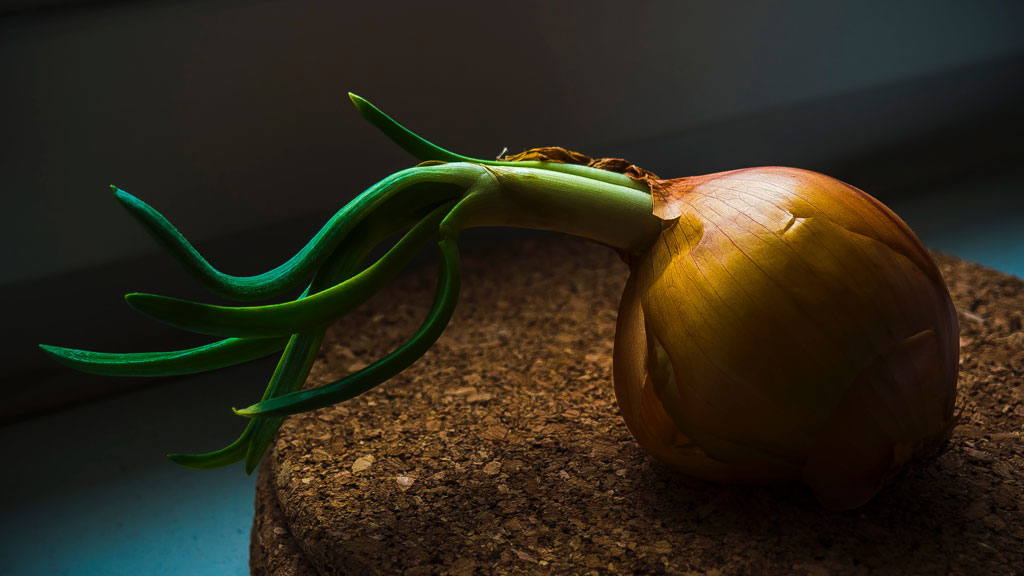 A teaspoon of salt. It is flaky and the flakes overrun the tiny spoon and the recipe calls for kosher but the only thing in my cupboard is the fancy kind from France bought at the organic grocery store. Already I’m doing it wrong.

On my counter, in various-sized bowls:
• 1/4 cup flour
• Carrots (2)—julienned
• Onion—small, diced
• Sweet potatoes (2)—large dice
• 1 cup chickpeas
• 1 tbs paprika
• a few strands of saffron, sitting delicately in a white ramekin. The strands are small and fine like microorganisms; they are potent despite their size. If I look through a microscope, I wouldn’t be surprised if they are actually alive.

A prepared chef is a good chef, my mother used to say, her words filling her mouth, thick and spicy-sweet, like the apricots in the tagines she made on Sundays. She’s been dead for three months and I hate cooking. But for my father’s seventieth, I’m giving it a try. He misses my mother. She cooked a lot. I don’t.

A few hours later, he is first to arrive. I seat him in the lounge chair that used to be his—leather, the color of the yolk on an over-boiled egg. When they upgraded to the beach condo, my mother said they had no use for it and replaced it with the stabby discomfort of wicker. I think he still mourns.

I don’t have turmeric. The food will not have the golden hue that says: this flavor will be so deep it will evoke Marrakesh or Fez, or even the urban every-city-ness of Casablanca, where my mother and father met. Instead, I’m sure it will say: welcome to Fridays, can I take your order? So, nostalgic in its own way, but not what I’m going for.

Len and Paula, and the single brother, Joseph, finally arrive. They come together, disgorging from a country-sized vehicle. It’s Len’s and he said they needed it for all their children, but they never had kids.

“Oh my God,” I repeat, unsure of what God has to do with it.

“I could watch that show for hours,” Paula says. “In fact,” here she giggles like a confessing teenager. “We sat around the corner for the past twenty minutes cuz we just had to finish the episode.”

“How can we help?” Joseph asks, coming in behind Paula.

“Cut this onion,” I say. And it isn’t two chops later that he is crying. Makes two of us.

I had already set the table, and I have no need for any more chopped onion.

“What, no couscous?” Joseph says smiling.

“Well, petite soeur, trying to be Mom?” Len asks and instantly puts his napkin to his mouth as if trying to catch his words. Too late. There is silence. Loud sips of water. Folding and refolding of napkins. I’m thinking about a response and instead find myself thinking of a joke my mother used to tell, something involving an elephant and a jar of jelly beans—I can’t recall the details and now I’m craving licorice jelly beans.

A film is forming over the stew. The carrots on the veggie tray are sweating. Paula fidgets. My father, who has moved the non-condo worthy chair over to the table, despite its size, heaves a loaded breath through his nose. It causes the flame on the candles to flicker. This house could burn down, I think.

“Dig in,” I finally say. They do. Paula whispers that the stew is bland. Len says it’s just like mom made. I go back to the kitchen. Bring out the pepper grinder and salt. I only eat the prosciutto and bresaola, shoving piece after piece of thin saltiness onto my tongue. I scrape charred flakes from the khobz onto the white lace tablecloth—a wedding gift to my parents, now a worn hand-me-down of mine—another beach-condo casualty. I look over to see my father tracing the lace design with his fingers.

No one gives a toast and I forgot to make dessert. No one sings happy birthday, though everyone mutters it to my father as they leave.

Later, we load the egg-yolk chair into my pick-up. I drive my father home. Install the chair in front of the TV.

“Happy Birthday,” I say as I kiss him on the cheek—a brush of my lips on his leathery cheekbone, almost his eye.

“I hope there are leftovers,” my father says—a kindness. I hold up the containers filled with food. He nods and picks up the remote, reaches for the lever to recline the seat.

In the kitchen, I hear the TV go on—the news. The endless, hopeless news. As he settles in, I make him some tea and put the leftovers in his fridge, enough for the week, maybe more. 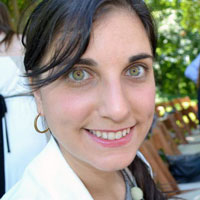 Jennifer Fliss is a Seattle-based fiction and essay writer. Her work has appeared in PANK, The Rumpus, Necessary Fiction, Hippocampus, and elsewhere. She can be found on Twitter at @writesforlife or via her website, www.jenniferflisscreative.com