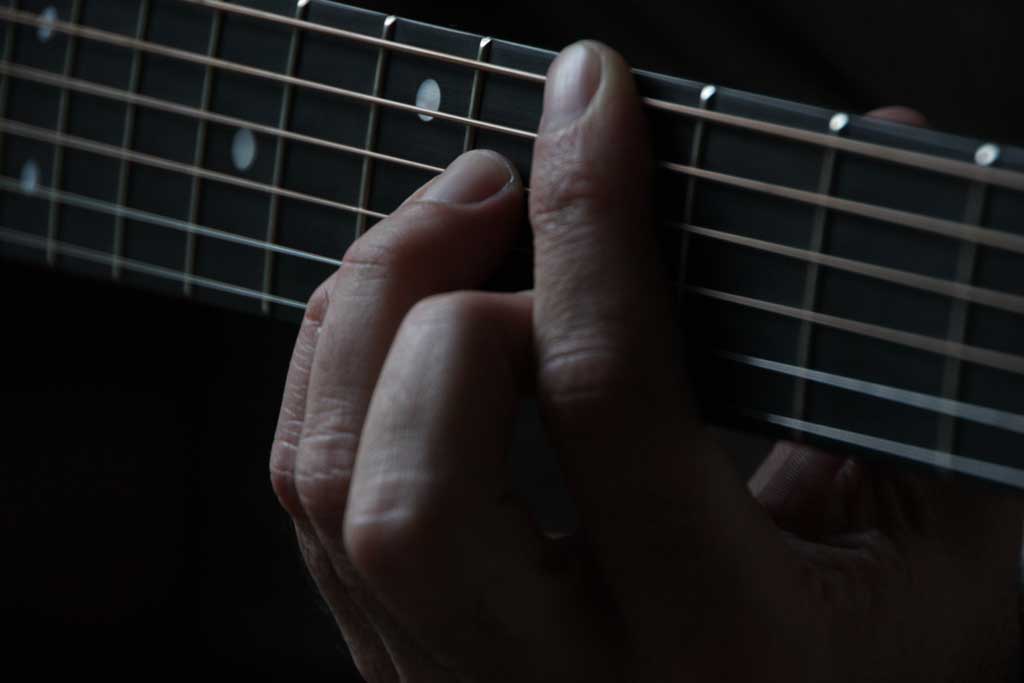 Christmas morning two years ago. Cold and snowless. My father hauled a leather instrument case through the front door and set it at my feet. Next to its handle was a little gold plaque, its logo embossed in fine script. Martin & Co., Est. 1833. Up close, the case smelled like his car: a mixture of coffee, Red Bull, and sweat. I unfastened its buckles and pulled the top open. Inside was a new guitar. A particularly beautiful one, smaller than a dreadnought. Black, gourd-shaped mahogany body with ivory binding along its waist and edges. Cream-colored, vintage-style tuning pegs, pearlescent fret inlays.

I lifted it by the neck and set it on my leg. I started playing an old Beatles tune. Blackbird, I think it was. The chords echoed warmly through the house. I could feel the windows vibrating.

In the year after I got it, I brought the guitar wherever I went. To town, to school, halfway across the world, back home. It would never complain if I strummed too hard or plucked too softly. I’d play it under trees, on park benches, in my room until my fingers smelled like rust. I’d think about it whenever it wasn’t with me, the measured jangle of its strings, the way it would grow warm against my body.

My friends always joked that I was in love with it. If that was true, then they were, too. Whenever I played with them, we’d all undulate back and forth, as if the guitar itself were a great sea vessel cruising on sounds that ebbed like briny ocean swells. During school breaks, we’d sit around campfires, and I’d pluck Red Hot Chili Peppers and Sufjan Stevens and Bon Iver songs, and everyone would sing along. Our collective noise would swing and reverberate and die out in the dark beyond the flames.

When we all went to bed, I’d lie down with my guitar. I’d stare at it in the dark. I’d touch its strings. It would help me fall asleep.

It’s become quite battered. I’ve dropped it on the ground, scraped it against walls, and hit it on household items dozens of times. The first injury was the most memorable. I was improvising a melody on a chair in my room, swaying with my eyes closed, when the body smacked the edge of the desk in front of me. It gave a deep, hollow groan that made me cringe. The divot is still there, shiny and triangle-shaped, directly below the bridge.

I initially hated these injuries and wear marks, but as more have accumulated, I’ve become comfortable with them. I’d even say I have a few favorites. The first three frets are crusted with dead skin that won’t come off even when I scrub them. A series of wormlike pick furrows extends about three or four inches below the pickguard, markers of hours of aggressive strumming. The bottom left corner of the body, where I usually rest my forearm, is slicked with grease and a few shades darker than the rest of the guitar. There are many other dents and scratches, some of which I don’t know the origin. I’m sure there are more I haven’t noticed.

Even though it’s never been there, the guitar has come to smell like the attic of my old house. Like damp wood and must and boxes of forgotten memories. I’ve wondered what I’ve done to make it smell like that. Maybe I haven’t been as caring with it as I should have. Maybe it’s just a normal part of the aging process.

Despite the hardship it’s been through, the guitar doesn’t seem to mind. It takes it all in stride, like a graceful, singing, dancing woman. A woman I’ve decided to name Marlowe.

Sometimes I stare at Marlowe and wonder what she’ll look like in five years. In ten. In twenty. I can’t imagine all the stains I’ll give her. All the dings and dents she’ll accrue. I wonder how close she’ll come to breaking.

I feel like I’ll always be young, but time is playing me like an instrument, too, plucking and shortening my strings. What’ll I look like in five, ten, twenty years? What’ll I smell like? How many wrinkles will I have? How many scars? How many more memories?

I’m not sure. But I do know that Marlowe will be in my hands. And together we’ll be singing. 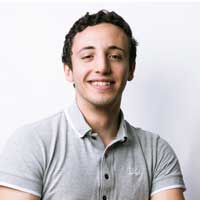 Andrew Jason Jacono is a senior at Wesleyan University majoring in English and French Studies, and he has been writing ever since he could hold a pen. A proud Manhattan native, he is a mountaineer, guitarist, Francophile, and wine enthusiast. His work has previously appeared in Short Fiction Break, Reverberations Magazine, and the Vignette Review.
To learn more about Andrew and stay updated on what he’s working on, you can visit his website: www.andrewjacono.com.
Image credit:  Scott Gruber on Unsplash