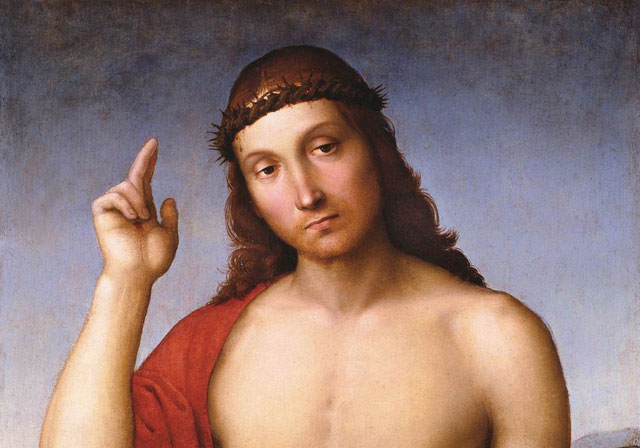 That night Magdalene dreamt about Jesus.

She was wearing a green overall and gloves, her hair was protected by a plastic cap, and a mask covered her mouth. She was in a large laboratory, looking through the lens of a microscope. All around her there were similarly dressed people—some sitting, others standing, each engaged in a different task. All of them were concentrating intently, and no one spoke.

She worked for Monsanto. The evil gene-manipulating, pesticide-and-defoliant-inventing multinational. But, weirdly enough, Magdalene was happy. Absorbed in her work, as if nothing else existed other than that experiment in genetic alchemy. Like a goddess about to create a new species, more perfect than all the others she had engineered, Magdalene the scientist took delight in her experiments. However, as is always the case in lucid dreams, the awareness of this pleasure disturbed her.

There was a project: to create a new kind of fast-growing corn that would be immune to all known diseases and would let off an odor that would repel predatory insects. This extraordinary plant would do away with the use of toxic herbicides and nitrogen fertilisers, chemicals that pollute groundwater, raise CO2 emissions, and require great amounts of watering. Such a grain would represent a miracle far greater than nature’s abilities—showing how nature represents a past of deprivation, while genetic engineering heralds a future of abundance; it would be a super-food designed to deal with population growth and put an end to famine. And only the biotechnology of Monsanto could produce this future. The Brave New Agricultural World, with only Alpha corn.

Expectations from the scientific community and from consumers were high. Newspapers speculated that this was one of the greatest discoveries of mankind; the radio said the same. On the news Cristiano Ronaldo was shown with two Swedish girls—“they like me because I’m rich and handsome,” he said. This and other information were part of the dream, like the text shown in some film scenes to set the time and place.

Other companies were trying the same feat, but it was Magdalene and her colleagues who had lifted the veil on the secrets of the genes, mapping them, decoding them, manipulating them—and coming closest to the finish line. Within Monsanto itself, Magdalene was heading the research, with the other scientists forming a team that followed her lead. They were just spare parts in a whole she controlled. As such, she closely watched the results of the latest tests, feeling that the chimera was edging closer and closer.

In truth, Magdalene, when awake, knew almost nothing about genetics and less still about the technological processes behind their manipulation. She had read stuff in the papers, browsed websites, watched documentaries, listened to layman conversations, and these scraps of information had provided the tattered rags with which she had sewn together her short, patchwork blanket of scientific knowledge. Put another way, she knew diddly-squat about the matter. But that didn’t stop her from dreaming that she was the greatest geneticist, about to invent a plant resistant to everything—pests, mice or environmentalists—and saving mankind from famine.

Even if we lose our identity, dreams enable us to reach for the stars, to walk in the clouds, to play with a magic wand that transforms frogs into genetically perfect princes. And so, radiant dreamer Magdalene was testing the magical powers of her wand; and her corn prince was almost ready.

Proceeded by the crash of the door as they broke it down, Judas and his green militia stormed into the laboratory, shattering test tubes, pipettes, beakers, funnels, flasks, stirrers, centrifuges, microscopes, tables, chairs and computers. Everything went flying. The muscles of a choleric triumph twitched on his face and a rage yet to be quenched roared in his eyes. Eager to raze Monsanto to the ground, Judas even managed to hit his comrades with the equipment he was tossing against the wall, and to cut his hands on the glass he broke. It was in this blood-soaked form, like a beast that corners its prey after the chase, that he made his way towards Magdalene, the traitor. Holding a chair above his head, Judas was going to crush her as he would a GM crop. In Magdalene’s wide eyes, the color of terror was blue.

It was then that a door opened and Jesus appeared, stopping Judas in his tracks. He was wearing a white tunic and his hair and beard were longer than before. The serene physiognomy Magdalene knew had gained an expression of authority. He seemed taller and endowed with superhuman strength; omnipotent and omniscient. Nothing could oppose him. If she hadn’t have been terrified of Judas, she would have been intimidated by Jesus. Just as the others were.

The cold light of the laboratory had disappeared before the glow coming from Jesus’s body, forcing both intruders and scientists to cover their eyes with their hands. Only Magdalene kept her eyes open, immune to his radiance. Very slowly, everyone began to recover from the impact of the light and headed towards Jesus, with no difference between assailant and victim. Defenders of nature and its researchers walked side by side, as if they had discovered that they were heading towards the same destination.

Only Judas stood still, but he lowered his chair.

Magdalene had finally shed her fear and freed herself from anxiety. There was now an agreement between the feelings of the woman who was sleeping and the woman in the dream. Genetics and nature had become reconciled. Jesus had not only protected her from Judas’ blow, but had also freed her from the guilt of being a gene manipulator—far from being a miracle, this was no small thing.

However, when everyone was gathered around Jesus and waiting for him to offer words of wisdom, to give good advice, to explain what he was doing there, the saviour pulled up one of the few intact chairs remaining and sat down. He then crossed his legs, took out a cigarette, tapped it a couple of times against the back of his hand and began to smoke, peacefully—a behavior that irritated the scientists as it violated safety rules and disturbed the environmentalists, who suspected that it contained GM tobacco.

One puff, another puff, and nothing. Not a word. Just grey smoke, very unhealthy.

Even Magdalene started to become intrigued. A saviour appears for gene manipulators attacked by gene defenders, avoids a blood bath and astronomical damage, puts everyone in a daze, and then sits down for a smoke? It didn’t seem right. A few words were required, an explanation, a telling-off.

But Jesus rarely did what was expected of him.

He observed the bewildered men and women in front of him, waiting for the right moment to start his peacemaking speech. He was enjoying the cigarette, so he would finish smoking it. And what a shame one of those little machines couldn’t make coffee; or that there was no cognac or port wine in those test tubes. The bad thing about scientists is that they don’t know how to appreciate the good things in life. In the meantime, researchers and intruders were becoming desperate. But Jesus was now entertaining himself blowing smoke rings. It was a small punishment for those who wanted to play at gods, just as it was for those who wanted to destroy temples.

Finally he put out the butt in an intact flask, shifted his gaze from face to face, lingering on Magdalene’s, and then spoke, with Judas in his sights.

“Judge not, that ye be judged. For with what judgement ye judge, ye shall be judged: and with what measure ye mete, it shall be measure to you again. And why beholdest thou the mote that is thy brother’s eye, but considerest not the beam that is in thine own eye?” 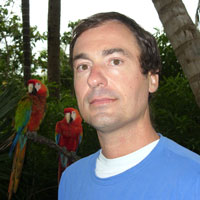 João Cerqueira has a PhD in History of Art from the University of Oporto. He is the author of seven books: Blame it on too Much Freedom, The Tragedy of Fidel Castro, Devil’s Observations, Maria Pia: Queen and Woman, José de Guimarães (published in China by the Today Art Museum), and José de Guimarães: Public Art. His works are published in Toad Suck Review, Hypertext Magazine, Danse Macabre, The Liberator Magazine, All Right Magazine, Sundayat6mag, and Literary Lunes. His website is www.joaocerqueira.com.