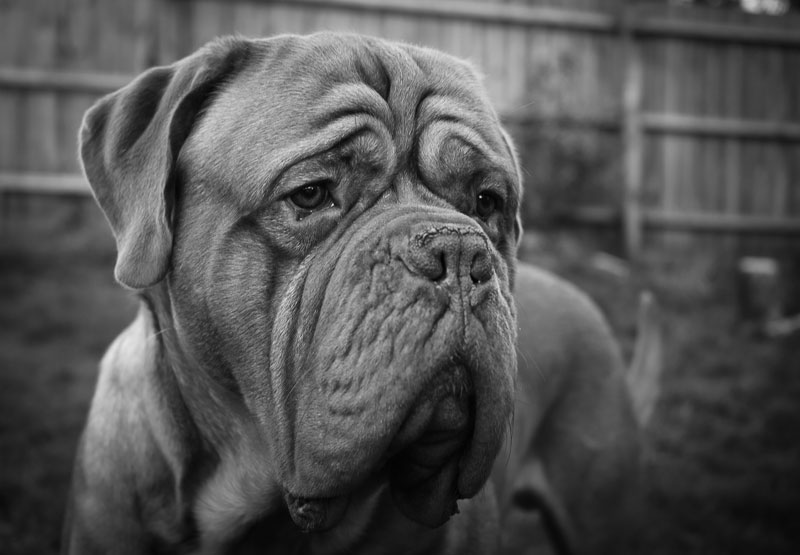 For a long time, I kept myself awake by writing personalized suicide notes for each of my friends. I’d found a website that compiled every recorded suicide note of the last ten years, and, not to sound conceited, I could do better. To be fair, a lot of the note writers were teenagers, and some of the older ones had already taken enough sleeping pills to write like teenagers, but these were pretty pedestrian. They tried to fit the whole world into one paragraph, so all the sorrows clanged together. Also, seriously, every third letter used the phrase “ocean of sadness.”

Go small, I whispered into my computer, after reading an open-veiner yammer about “piles of endless infinity.”  Talk about the disappointment gathering at the pit of your stomach every Sunday evening, so slight and predictable you can mistake it for hunger. Talk about waking up five minutes before the alarm clock rings. Talk about your cousin who loves telling people he loves jazz. I know pain, and I know escape, but I don’t know one infinity, let alone piles.

The hardest part of writing a bang-up suicide note for the living is guessing each person’s method of self-destruction. They each had their separate styles. Pill-poppers talked of betrayal, of friends who walked out, the beating of their own broken hearts. Shooters were brief—they didn’t care if anyone read it. The people who hanged themselves were the best because they had a sense of humor. They understood they were leaving a body behind, swinging like the world’s fattest wind chime.

The only time I ever told any of my friends I was setting them up for posterity, I was on half-a-suicide mission myself. Meander Maddox and I had been tasked with wandering through Irishtown and finding Ollie Nunez’s runaway black mastiff. Somebody had purposefully taken the dog off the leash while Nunez was inside a party in Prospect Hill, the shanty town peak overlooking the rest of the neighborhood. Nunez assumed Meander had done it, and he sent the two of us into the cold to try to retrieve the animal.

Ollie Nunez had been the monster at the end of our book for five years now. When Meander and I were kids, we worked for him, selling dime bags and fake IDs. Nunez’s sense of justice was as nuanced as a cymbal crash. If we didn’t hit our numbers, he’d take us to the shaded part of Orman Park and mete out Old Testament-style justice on our spines. These weren’t great working conditions, but I couldn’t file a complaint with the union. Meander, on the other hand, loved pain, and he’d sometimes give away nickel bags just to provoke a beating. Except now we were older, and even a professional crash-test dummy had to grow tired of bouncing his chin against the pavement.

“Did you write a suicide note for me?” Meander asked. “Who do I thank?”

“But how do I kill myself?” Meander asked.

We were leaving Irishtown and moving toward Garron Heights, a neighborhood we nicknamed Little Indianapolis because we assumed it had to be the most boring suburb in America.

“My suicide note would just be a long downward pointing arrow,” Meander said. “I’d buy a paint roller, hop out of a third story window, and hold the roller against the building.”

“No, because before I jumped, I would have painted the arrow ends, so it would be pointing right to my body.” He grinned at me, waiting for congratulations. “Oh come on, that’s pretty good. Like as a statement on life.”

“If you do that, I’ll go to the fourth floor and write, ‘This Man Has A Micropenis’ directly above the arrow.”

We stopped into a fire station to ask if anyone had seen a black mastiff, but no luck. We tried to talk to some kids playing touch football in the middle of the street, but they wouldn’t even stop their game to answer. At that point, we were pretty much out of ideas and had to go back to searching streets we’d already been down before.

“I like how every mammal is born with the instinct to run away from Nunez,” Meander said. “Anything he doesn’t literally tie up leaves him.”

“Are you scared of him?” I said. “I know what we’re supposed to say, but seriously, are you scared?”

“Kind of,” he said. “As in, I’d prefer it if he wouldn’t work out his daddy issues on my nose, but I know he’s going to do it. I’m terrified, but terror gets boring after awhile. I expect him.”

“We aren’t meant to be scared anymore,” I said. “We act like kids. Aren’t we at some point supposed to join the rest of the world?”

“Do you want to know something funny?” Meander said. “Like, really crazy?”

I braced myself. “Is it that you untied the dog? Because I already kind of figured that you did.”

“The working theory is that you’re an asshole,” I said. “And you did it for asshole reasons.”

“But I didn’t.” A soft breeze blew the smell of fish oil and curdled milk from a nearby dumpster. “What I was saying was that when I’m out like this, on the street searching, sometimes I wonder what it would be like if you found a baby. Like a dumpster baby you hear about on the news. I don’t wish for it exactly, but kind of.”

“Wow,” I said. “That is seriously so much worse. I really wish you’d untied the dog.”

“Not a dead one,” he said. “But you asked about growing up, and all I can think of is that’s the grown-up world. I keep expecting that world to uncover itself. Nunez scares me, but not near as much as I scare me. I have imagination.”

“You don’t know—” His eyes went wide and he stopped himself. “Jesus Christ.”

But Meander wasn’t listening. He stared glassy-eyed over my shoulder, and then he broke into a full-on sprint. By the time I turned around, he was halfway up the street, hurtling toward a young boy on the corner playing with a big, black mastiff.

When I caught up to the two of them, Meander was out of breath, but he already had his hand on the dog’s collar. “Where’d you get this thing?” he said over his own wheezing. “You just find it?”

“My dog,” the kid said. He couldn’t have been more than seven.

“Your brother’s a fucking thief,” Meander said. “Trying to get my balls busted for your brother. Tell him, if I ever meet him—” He took a breath. “Wait, what’s your brother? Ten? Tell him nothing will happen to him, but, you know, he’s a fucker.”

We walked back to Prospect Hill, taking turns hunching over and holding the dog’s collar. Meander found a torn t-shirt in a garbage can that we fashioned into a leash. When we were four blocks away, Meander said he was going to leave and let me take credit for returning the dog. He didn’t want to see Nunez’s gratitude because it would confuse him.

“Maybe this is how it happens,” I said. “We grow and become something we weren’t this morning. We weren’t meant to find this dog, but we did. The world had its plan, but we disobeyed it. We make the world we want.”

“That or we robbed a kid of his dog, and a dog of his happiness, just to help someone we don’t like.” He smiled at me and walked away, while the dog tugged me farther in the opposite direction. Whenever Meander left my sight, I worried I’d never see him again.

Friends and victims, I thought, following the dog as it dragged me exactly where I did not want to go. I’d like to thank you all as there is no way I’d be able to complete this suicide without you. It is with great regret and joy that I, Meander Maddox, have decided to light myself on fire in the city square. The world was taken from me in shades, like a too-wet watercolor smearing and lightening until the shape it held has melted. I offer my body as a tribute to this city and know that as the smoke worms its way into my lungs, I will have one last sliver of fresh air, and it will fit as tight and sharp into my mouth as a fishhook, making me remember the joys I now forfeit: the useless afternoon, the warm breeze, and the unending search for the mediocre miracle. 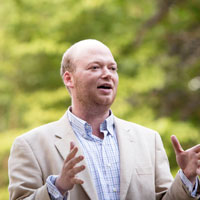 Willie Davis, a native of Whitesburg, Kentucky, is the winner of the Willesden Herald International Short Story Prize and the Katherine Anne Porter Prize.  His fiction has appeared in The Guardian, The Kenyon Review, StorySouth, Hidden City Quarterly, and several other places. He is currently a fellow of the Kentucky Arts Council.