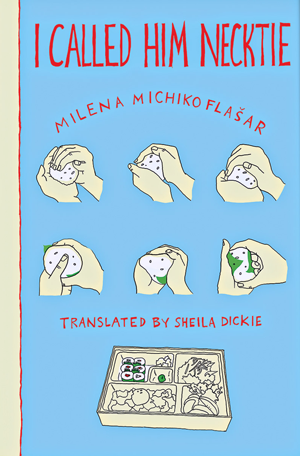 A novel can fly across time and space or it can burrow, it can seek out, hide from itself, emerge somewhere else, on some other plane: a surprise. Certainly, other novels set in Tokyo, as is I Called Him Necktie, sprawl across the endless city as words scratch across the page. But this one, by the 34-year-old Milena Michiko Flašar, the Viennese novelist whose mother is Japanese, is a kind of airless tunnel—the closer you are to the exit the further you’ve actually gone, lost as if in meditation, digging.

Flašar’s protagonist is Taguchi Hiro, 20 years old and a hikikomori—an outcast who shuts himself in. Buried in silence, Hiro hasn’t left his room in two years. “My room was like a cave,” he says, a few days after venturing away, into public for the first time.

I had grown up here. I had essentially lost my innocence here. I mean, growing up signifies a loss. You think you are winning. Really you are losing yourself. I mourned the child I had once been, whom I heard in rare moments pummeling wildly in my heart. At thirteen it was too late. At fourteen. At fifteen. Puberty a battle, I lost myself by the end.

Like most parents of a child who can’t fit in, Hiro’s are caught without a plan. They can’t fish him out. They have no language for self loss, for seeping away. “What can you say when you’ve run out of words?” he wonders. They’re blind to the signs, anyway, and the culture, which refuses failure and cheats against openness, aids the dissonance. Three times a day they pass him a tray of food and little by little magazines pile up on his chair, taking his place at the dining table. The parents pretend to go on. Life accretes, as does Flašar’s taut but also airy prose seamlessly rendered into the English, from German, by Sheila Dickie. 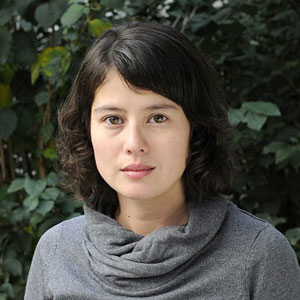 But now, on the park bench, Hiro spots someone else, another regular, a 58-year-old businessman named Ohara Tetsu, who shows up most work days in the morning, sits and smokes, eats his lunch from his bento box, and at six gets up and leaves. Tetsu pushes in on Hiro’s consciousness until, finally, they come to share the bench. The man is exiled too. Having lost his job, he can’t tell his wife. She still packs his lunch. He dresses, descends into the subway, and alights in the park. Once in a while, he gets drunk at a café.

It’s worth pausing here, for Flašar appears to be daring Japanese cliché, the twin cultural hang-ups of repression and shame particularly. “Mother and father were in agreement: Name and reputation must be preserved at all costs,” says Hiro. Tetsu, who can’t face his own failure, more so: every day he lives a lie, trapped by propriety. Haven’t we seen this before, over and over, in film and fiction?

Surely, yes. But this is Hiro and Tetsu, Tetsu and Hiro. Their lives fill the page. Flašar has given them blood; Flašar has allowed them to search and dream. “I want to learn how to look at things again,” says Hiro. Tetsu wants to take him to a jazz café. He wants him to taste his wife’s salmon, so carefully packed every day.

Together, they dig. They talk and the talk opens channels. They talk and the talk exposes skin. First Hiro then Tetsu becomes vulnerable. They both wish to defy stereotype; they know it’s trapped them; they know they have to face it in order to get away. Hiro’s childhood has been tragic. Friendships have come to violent end. “Don’t be ashamed to be a person with feelings,” says Tetsu. His marriage has been rocky. For the first time he peers back across decades to hear his wife’s words, forgiveness. “All at once I saw that you’re a rock, I’ll roll with you. On and on,” he hears her say. “We’re rolling together up a steep mountain path.”

Hearing this, Hiro offers his friend a deal. Together, they will clamber for light, they will fill each other’s emptiness. Flašar has given us a tale of miracles. We know what they are, but yet we don’t. We’re sitting amidst them, but we can’t see them, we can’t tell. Finally, Hiro compels himself forward. He’s almost there. It’s only then the city intervenes.