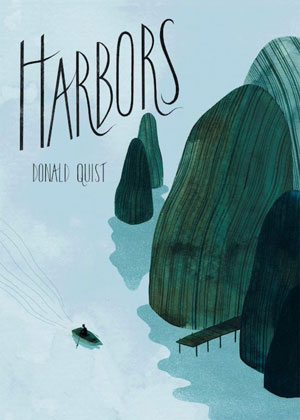 As I plan to write a review of Donald Quist’s fine debut essay collection, Harbors, I follow the stories of two more black men shot and killed by police officers and know that, statistically as a white male, I will most likely never be positioned to fear the same fate. I write while growing increasingly concerned about my nation’s frenzied and ugly presidential race and about the increased acceptance of hateful speech in everyday conversation.

I write as a person born with automatic privilege based first on my birth gender and skin pigment, and second on my middle class New England upbringing. But mostly, I write as a person dissatisfied with these inherited social constructs, of the prejudice fed to so many from their first breaths, and as someone who is so incredibly grateful for authors like Donald Quist, who parse these fears and frustrations through eloquent prose. There may not be an immediate solution to bring the nation together, but within Quist’s writing, empathy and forgiveness thrive alongside disappointment, offering us all the chance to reshape our perceptions of equality, fairness, humanity, and dogma. There is still room to “try for better,” Quist explains, and after reading Harbors, it’s tough not to nod in agreement.

Harbors is a slim collection of thirteen meditations on identity, chronologically arranged to allow the author ample space to reveal his emotional evolution. The resulting through line—essentially, watching a life unfold—is a solid base from which larger issues grow, with the first essay detailing a fight between a young Quist and a childhood classmate, and the last finding the author, an adult now living in Bangkok with his wife, speaking directly to his Ghanaian father about their troubled shared history. In between, the reader experiences the highs and lows of Quist’s existence as an American minority, from his last shift at Spencer’s Gifts as a teenager to his job as a public information officer in a small South Carolina town. These brief pieces, often brimming with pop culture references, meld into an intelligent meditation on one man’s growing discomfort with his homeland, as well as his struggle to find a place of happiness and security.

In the essay “The Animals We Invent,” which takes place in South Carolina, a local man challenges Quist’s blackness. As a public information officer, the author is tasked with explaining to residents the results of a long-running arson investigation. Though police have been searching for an African American suspect, even harassing black men under suspicion, the white owner of the burned property is guilty and in the end is arrested. On the phone with a neighbor angry over racial profiling, Quist has to face the backlash: 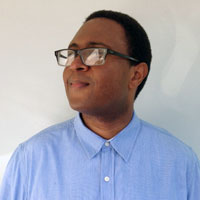 Here, Quist’s duality jumps off the page: he is both public servant and disheartened citizen, voice of the mayor and target of discrimination. Quist’s bifurcation continues later in the collection, when he reveals a lifetime of being nicknamed “an Oreo or a house nigger or an Uncle Tom.” This discomfort—considered too white for some, too black for others—leads the author to explore the gray area of society to great effect. “In Other Words” reveals the divide between business owner and patron, while “Junk” paints the author as a faithful son who also feels shame for his mother’s packrat nature. However, Quist’s strongest writing emerges when he and his wife leave the United States for his wife’s homeland of Thailand. Upon relocating, he explains how, after years of his blackness resulting in feelings of anxiety, profiling, and derision, in the streets of Bangkok he is simply viewed as a man.

Quist masterfully draws the contours of this newly experienced tolerance in the commanding “I’ll Fly Away: Notes On Economy Class Citizenship.” Written during several flights between the United States and Thailand, the essay references James Baldwin, Paisley Rekdal, and Claudia Rankine as Quist parses through his time in both countries in an attempt to understand what makes Bangkok so welcoming:

In Thailand I don’t have to worry about how my actions will speak for others or how my choices play into narratives forced upon me. Most Thai citizens are unfamiliar with any African American stereotypes I may affirm or dispel. I can’t imagine a Thai person calling me a nigger or an Oreo. They see I am black, but the white gaze does not pock my skin. My blackness is not determined by what it is not.

Leaving America provided me an opportunity to see myself in different social constructs. I am free to invent myself, unburdened by America’s history of aggression towards black bodies. I can build my own narrative.

Within this passage, the culmination of Quist’s experiences point to a deeper recognition of the flaw that plagues the United States: the debilitating nature of racist stereotypes. Be it via police brutality, hateful speech, or deep-seated ignorance, racism remains baked into the American equation, as Baldwin observed, harmful to all, though destructive for black men and women. In Thailand, Quist is free from such oppression. He can sit and ponder his place in the universe. He can write essays that challenge the bigoted viewpoints of others without fear of physical retaliation. He can begin to find a sense of healing and share it with others through prose, and isn’t that the greatest gift one can ask for?

Benjamin Woodard is a writer living in Connecticut. His recent criticism has appeared in Kenyon Review Online, Vol. 1 Brooklyn, and The Georgia Review. He is an editor for the online magazines Numéro Cinq and Atlas and Alice. His short story “The Long Green Stretch, the Tall Trees, the Clouds Shaped like Stars” appears in Cleaver’s Issue No. 3. Find him online at benjaminjwoodard.com.