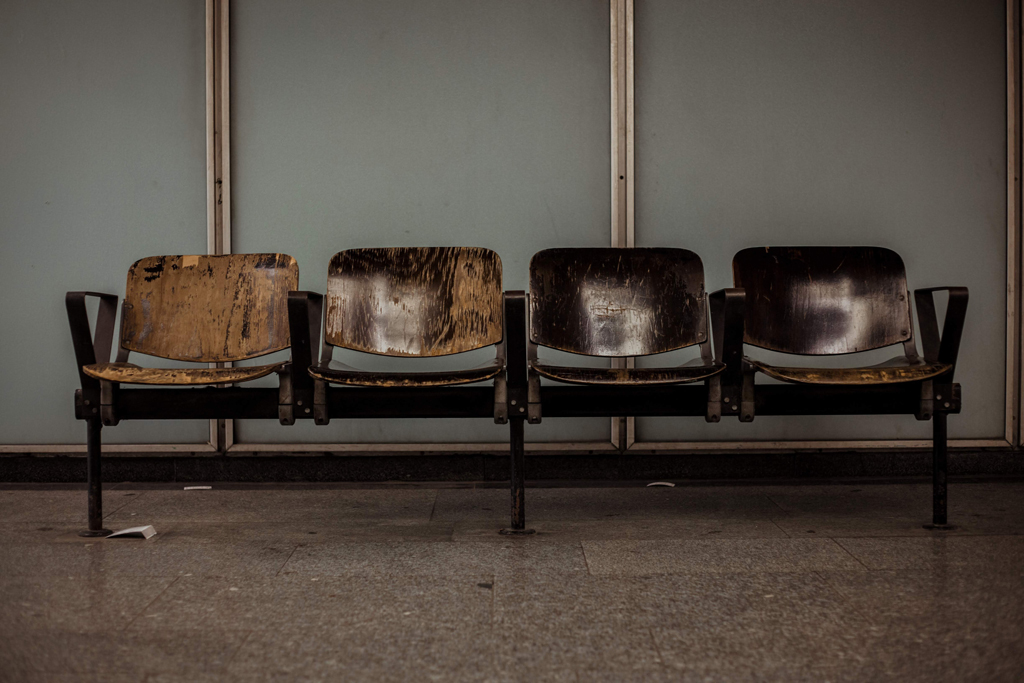 In small town Georgia, the prison plays Christmas music over the waiting room speakers on the Fourth of July. My mother hands my brother and me two dollar bills for the vending machine. We buy Snickers bars and then lay down on the floor to watch the moths clicking in the light fixture slowly grow still. I will tell my father about the ramen we cooked in the motel coffee pot the night before. He will say something like: sounds like a feast to me or I wish I could have been there. We will talk about small things for the next three hours—my father’s voice muffled and tinny, wrung through the broken speaker at the bottom of the plastic phone. I will tell him about the crabs I am going to catch with a chicken leg and some twine—how the man who owns the dock said he would boil them for me. My father will say he remembers the Fourth of July last year: You kids frying in the sun like eggs on the pavement. The dogs making messes of their water bowls—the way their fur smelled like Fritos and coconut shampoo. Later that night, the air still so thick I could swallow it whole, I will listen to John Lennon sing Happy Xmas (War Is Over) as fireworks light up the bluff.

My savta, rendered mute long before I was born, could not speak in words other than “time to change the batteries,” but she could sing. I remember my mother’s voice in my ear the first time we went to speak with Judge Kelley: Don’t tell them we’re Jewish. Dad can come home sooner if they think we celebrate Christmas. At a time in my life when everything felt confusing and unpredictable, when the lines that had previously defined my existence became increasingly blurred, this rule made survival seem easy. And so I started listening to Christmas music when I was angry, when I was afraid, when I felt powerless, when nothing else made sense. My savta, trapped in a sentence, found her way out through song—and I intended to do the same. During the time of my father’s incarceration, I used up all of the remaining space on my hand-me-down iPod downloading Christmas music.

I do not remember the day my father returned home from jail, but I remember the day before. I sat across from my childhood best friend, thighs sticking to the linoleum-covered booth, as she told me that she was planning to become a famous singer when she grew up, and so we couldn’t be friends anymore once my dad got home. She had heard that associating with criminals could hurt her career, and she wasn’t willing to take any chances. When the waitress came to take our order, I asked if the peppermint pancakes were any good. She responded, “I don’t know. I don’t eat at this shithole.” Once the waitress was gone, I asked if we could still be friends for the rest of the day. And then, for no reason, we both started to laugh—we fell apart like that, cracking up in the back booth of the Waffle House. I asked my mother to pick me up from the restaurant. I remember her humming from the front seat of the car on the ride home, her voice punctuating the song playing softly over the stereo. Like my savta, she listens to Yiddish music when she’s afraid. Like my savta, she never admits when she’s afraid. That night, I found I Want to Come Home for Christmas by Marvin Gaye and emailed my best friend the link.

A year later, I found my iPod resting in the top drawer of my dresser next to a photo of my dad, my brother, and me. It was wrapped up in a sock, the way someone might wrap up a knife. The battery had begun to ooze, leaving the iPod frosted over with sulfuric acid residue. The specific model had been discontinued in 2007, and it took about a month for the replacement batteries to arrive in the mail. But when I finally changed the batteries and when the small screen flickered on, I could not bring myself to press play. Just like the music, my reliance on this iPod, loaded with Christmas music, with proof that we were not Jewish, with reasons why my father should be allowed to return home, had been seasonal. 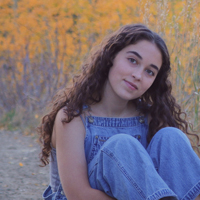 Maya Savin Miller is a highschooler from Los Angeles, currently living in the mountains of Colorado. Her prose and poetry have appeared or are forthcoming in Cargoes, Up North Lit, Hadassah, Battering Ram Journal, Bluefire, Skipping Stones, Polyphony Lit, and the Sierra Nevada Review. Her writing has been recognized by Princeton University, Hollins University, Columbia College, Rider College, Library of Congress, and Blank Theatre, among others. She was a 2020 finalist for Los Angeles Youth Poet Laureate, and her short story, “Trudie’s Goose,” has been adapted into a film by Israeli filmmaker Liran Kapel.