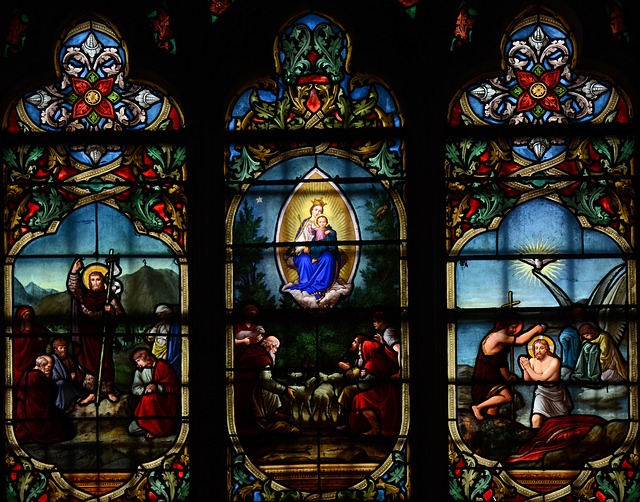 Ling turns up for class every other week and falls asleep halfway through the lesson. I watch her from the other side of the room as her head drops. Her round cheeks redden and her hair falls over her face.

At the start of term I talked to her just before class. She told me that she once saw Saint Patrick march down O’Connell Street in Dublin. She says she likes the Irish and enjoys a good Guinness. I don’t take offence when she mimics my accent. I find her hilarious.

Today she has arrived late again. She sits at the end of the row of tables with a brown notebook and a pen. At first she seems attentive, nodding her head while the teacher talks about Notre Dame Cathedral. Ten minutes later I watch her droop. She fights to keep her eyes open. Eventually her eyes close and she slumps onto the desk. It’s then that I begin to wonder about her life. Has she sat up till dawn with a lover discussing life in London or is she exhausted having just worked a tedious shift at a restaurant? Now she looks so peaceful.

Ling’s head falls sideways on the desk. The tutor glances at her then continues with her lecture. The pupil next to her shakes his head while she snores. I sit and wonder if she’s dreaming. That’s when I close my eyes to get a feel of the world Ling now inhabits. I find I like it here in my own make-believe darkness as the tutor’s voice fades into the background. I imagine I am lying beside Ling outside the cathedral both of us snuggled up in a blanket to keep out the cold. Between dozes, we look at the tourists—a great bustle of people entering and exiting the building.

Ling turns to me. “Let’s go inside now that we’re here.”

We slip from beneath the blanket and enter the cathedral. Our boots echo on the old stone floor. Halfway down the aisle we stop and raise our heads. Shafts sweep unbroken from the floor towards the ceiling where they meet the ribbed vaults like a great oak with giant outspread branches.

“This is incredible.” I widen my eyes, feel something inside me lift and stir as I look at the light which pours through the clerestory windows illuminating the verticality of the structure.

Ling grabs my arm. “Can you feel the energy? Can you smell the scents of time?”

We inspect the frescoes, statues, and sculptural decorations.

Ling points to the stained glass windows. “People look for happiness in the wrong places. They travel here; they travel there—always in the search of something they’ll never find.” Her eyes shift from left to right. “Haven’t you felt at ease since you came through those doors?”

“Well, I sure feel different.”

Ling grins. “So do I. I find it difficult to concentrate in class. But now I feel I’ve found everything that I’ve been looking for.”

She lets go of my arm and runs up the aisle. I chase after her and stop to look at the altar. The marble stands like an iceberg encrusted with strands of gold. People sit, heads bowed, the smell of incense heavy in the air.

Ling turns to face me. “How do I look?” Her face is gleaming.

She smiles and pretends to yawn.

“Don’t talk to me about tired. What about you?”

She nods, and buttons up her jacket. “It’s so much cooler in here. The heat in class…so uncomfortable.”

The organ begins to play. The sound rises from the core of the edifice and enters the cathedral. Ling puts her hands to her ears.

She runs down the aisle doing cartwheels all the way to the exit. We go outside; the chill pierces our skin. We stop to look at the three portals depicting the life of the Virgin Mary, the Last Judgment and the life of St Anne. Our eyes rise to the headless statues in the King’s Gallery, then to the two huge towers which shoot into the waiting arms of the stars. The bell rings—a colossal, booming sound.

Ling puts her arm around me. “Think of all the people who have stood here over the centuries. Imagine if we could stay here forever and watch the world go by.”

I turn around to face her.

We hold on to each other our breath turning foggy in the air. We close our eyes. The tutor finishes her lecture. The projector hums in the background. Passersby stop to take our photographs: two frozen statues immortalized in time. 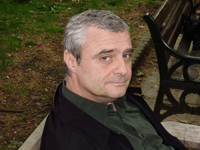 Kieran Duddy is from Derry, in Northern Ireland. He lives in London were he is currently working on a collection of short stories. He has been published several times in Wordlegs and Acquired For Development… A Hackney Anthology. In his spare time he likes to drink coffee, smoke cigarettes, and listen to punk rock.