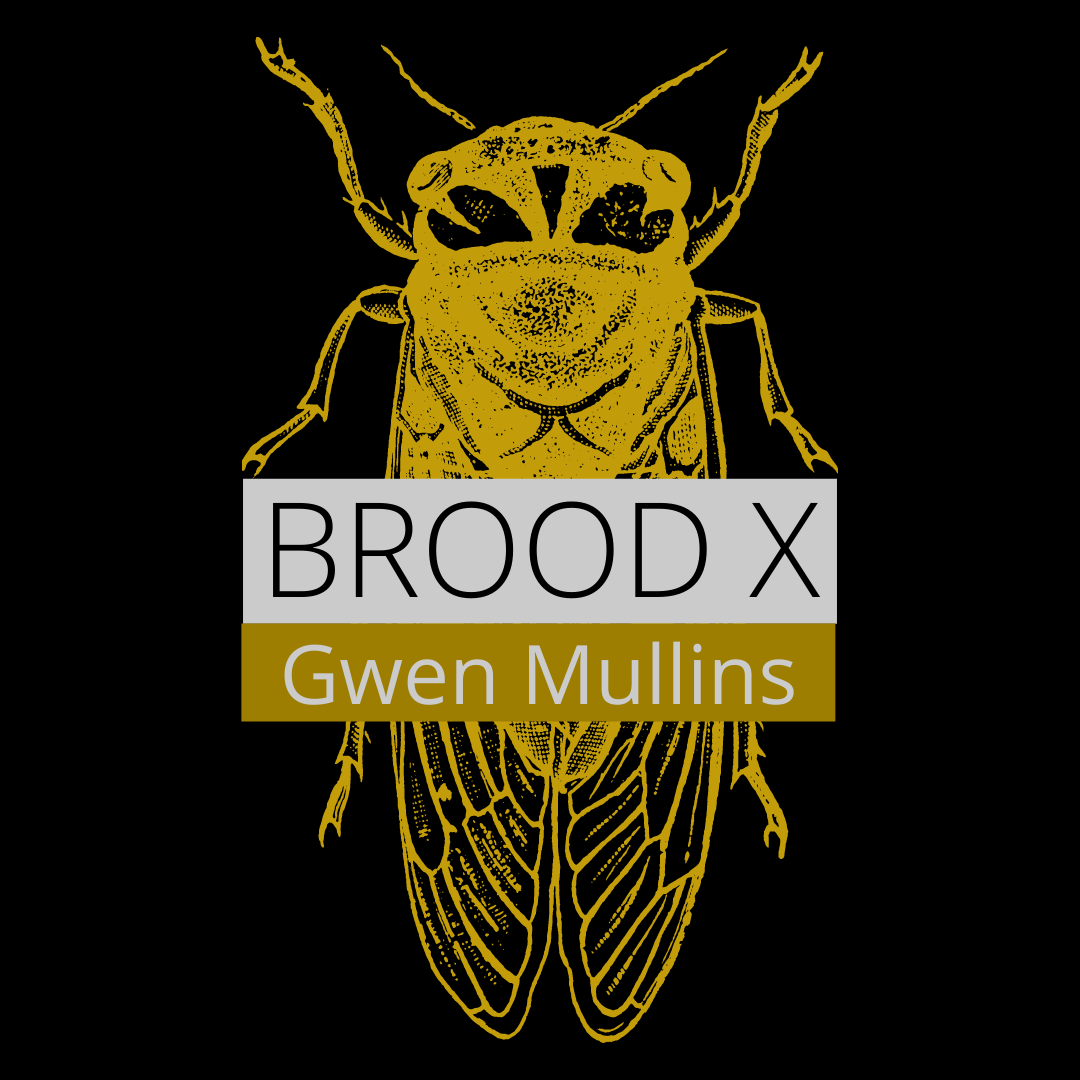 Brood X is the largest brood of 17-year cicadas. This brood is found in three separate areas centering around Pennsylvania and northern Virginia, Indiana, and eastern Tennessee. The largest emergence of Brood X appears as adults only once every 17 years.
—National Park Service

Back then, everyone still called me Gwendy, so it was in the body-in-progress of thirteen-year-old Gwendy that I first encountered the cicadas of Brood X. The emerging insects, like my boy cousins, were four years my senior. I was intrigued but disgusted by the intricate carapaces the cicadas left behind, and a delicious tingle of fear shivered across my skin when the living bugs slapped against my legs or tangled in my hair, their unwieldy, red-eyed forms a harbinger of anxieties that had not yet surfaced.

I spent a lot of time alone in those days—meandering through the town that is, even now, defined by the train that hums through it without stopping.

Once, as I examined a hard little sculpture—I always thought of them as sculpted, if not by a human, then by some other intelligent design—that clung to the bark of an oak, one of my cousins slipped up behind me, plucked the abandoned husk from the tree, crushed it in his palm. He laughed, just as he did when he caught lightning bugs and smeared their lit bodies on his cheeks for the fleeting effect of glow-in-the-dark warpaint. The fragments of the husk’s leg curled like clipped fingernails in his dirty palm, and the crushing of the empty vessel that once held the insect’s soft body felt deeply personal. I wanted to apologize for something I didn’t understand.

The year of that cicada summer, I learned to avoid being alone with that particular cousin, even as he endeavored to draw me to him, even as I longed to be touched.

Now, at forty-seven, I flinch at the damp, scratching smack of the living cicadas as they wing toward immortality, blinded by lust and light, though I no longer fear them or their abandoned exoskeletons. Just yesterday I came upon one of their husks, and I allowed myself to be lost for a moment in examination in the same way I had when I’d been called Gwendy. There was the amber bulge that covered the cicada’s scarlet eyes, the opening in the back as decisively split as my own body when my children came screaming out.

I examine the husk in my palm, turn it this way and that in the light.

I am thirteen again, my grandmother calling me in for a summer supper of fried potatoes and slices of red tomatoes whose sides have fissured with swelling flesh. My hair is long and never quite clean, and I am as awkward and vulnerable as the cicadas before their wings have set and their new bodies have hardened. All through that summer, I sought out the absurd molts of the insects, collecting and marching their dried forms along a windowsill until my aunt, dust cloth in hand, let out a mild shriek at the sight of the cicada menagerie and swept them all into the trash.

I didn’t tell her that my cousin Taffy Shea and I played with them, along with our Barbies and my discount-store Dolly Parton doll. The brown husks served, depending on the scene we created, as devoted pets, attacking marauders, miniature ponies, or, occasionally, the roast beast at dollhouse dinners, and broken bits of their whisper-crunch bodies mingled with the tiny plastic shoes and staticky toy hairbrushes in a box Taffy Shea had covered in pink glitter and gold heart stickers. Something about the form of the dolls, with their perfect but sexless manufactured shapes, next to the bulging eyes and menacing foreclaws of the cicadas made us delightfully uneasy, just like we felt when we examined a half-formed, bruise-eyed chick coiled beside the broken but still bluely exquisite robin’s egg.

Beauty means nothing in a vacuum.

The wind picks up, and I am thirty. Rather than parting branches, pointing at delicate brown husks so that my young children could marvel at the ugliness left behind by the nymphs after their seventeen-year hibernation, I work toward a promotion at a job I will never love, under a boss I probably shouldn’t be. My marriage stumbles under the weight of unspoken-yet-somehow-still-broken expectations. We argue over how to teach our son to fold towels and who’s in charge of dinner on Wednesdays and how much to help with our daughter’s science project that’s due tomorrow. My husband’s heart collects plaque, steady and silent. The screams of the cicadas echo the brooding in my own head, and I am consumed by fears of mediocrity and mortality, as if fear and loathing could make such human notions less menacing.

Like my mother and grandmother before me, I am mired in a cycle of eating procreating and striving striving striving toward a goal that, unlike the cicadas, has not been encrypted in me and yet shimmers, teasing, at the edges of my vision in the quiet moments before sleep. The weight of the frenzied, corporeal demands of work and children and sex and what passes for love bury me in obligation. These are the hard years, and I understand why the cicadas spend so much of their lives underground, their skin thickening with each passing year, growing silently toward a dream of light, of purpose.

It’s hot outside, or perhaps it’s only hot flashes again, but I am, at last, only me, the same age Kerouac was when he died, and I know that beauty is only enhanced by that which is broken and unbeautiful.

The cigarette burn on my grandmother’s green watered-silk blouse.

The silver-capped teeth of a laughing child raised on Mountain Dew and saltines.

The slow-healing scar on my husband’s chest from where they cracked him open to replace his clogged arteries.

The brittle husks, the wet flapping bodies, the red eyes that almost seem to glow.

I recall an old songwriters’ voice made husky by cigarettes and gas-station whiskey and the sticky, unfragile wings of the cicadas when they first unfurl.

The cracks around my heart and the creases around my eyes remind me of the dark times when I neglected to pay attention, to appreciate the gifts of sunlight and yellow-tipped leaves and coffee-scented mornings.

I don’t know if I’ve always known this truth, or if I learned it from the cicadas of Brood X, but I am both broken and whole. 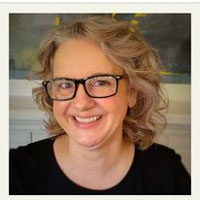 Gwen Mullins’ work has been selected for the Best Mystery Stories of the Year: 2022, and her stories and essays have been featured in New Ohio Review, African American Review, The Bitter Southerner, The New Guard, PANK, and Green Mountains Review, among others. She is currently working on her second novel as well as a short story collection. In the winter of 2020-21, she served as the Writer in Residence for the Kerouac Project in Orlando. She works with writers at the University of Tennessee at Chattanooga, and she holds an MFA from Vermont College of Fine Arts.