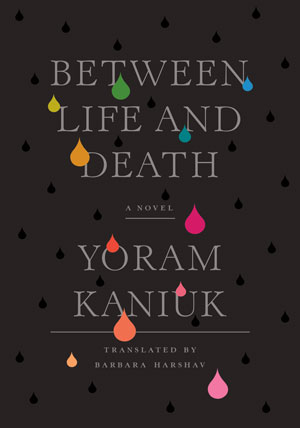 Yoram Kaniuk, an Israeli novelist who died in 2013, was the kind of man who tells jokes as he’s dying in the hospital, even when he has no voice, when there’s a respirator thrust through an incision in his chest. His humor is at times bitter, biting like Sholem Aleichem’s pogrom narratives, descending into sullen anti-prayers: “cancer, like Hitler…is a messenger of the Lord.” In this respect, Kaniuk’s Between Life and Death, published this year in English, probably most closely resembles Christopher Hitchens’ Mortality. A sense of the meaninglessness in so much of life, of banality in death, pervades both authors’ stories. Kaniuk rages and rejoices, but sometimes qualifies these outbursts by settling, like Hitchens, for a tone of ambivalent irony, communicated in prose thick with vibrant images and cumulative sentences.

In Kaniuk’s world, sons and fathers are dying, mothers and daughters, and “rain pipes” and “secret bays” and “natural pools” are dying, the parking lot of the concert hall (“may-it-rest-in-peace”) on Ibn Gabirol Street is dying, and the restaurant, First Cellar, on Ben Yehudah, died long ago: “A world where everyone swallows everyone else.” But pulsing beneath the persistent irony, puncturing through, is life. Kaniuk shows he has lived: he has stood on Mt. Zion and been shot at and lived, has punched a young man who called Picasso’s “Guernica” beautiful and lived, has attended funerals in Tel Aviv and New York and lived, has frequented jazz clubs in Harlem and studied painting in Paris, “sired two daughters, planted a Jewish agency tree and didn’t build a house, but a rented apartment is also a house.” “My life was a blend,” Kaniuk writes, “of what happened and how I improve, change, build plots. My whole life was an invention of a story which was true but also not, which was legends, always truth, not always right, always a circus of hell and sweet and magic and silly disasters…”

The circus of Kaniuk’s life is partly a product of the circus of global events in the early twentieth century. Cultural and political turmoil has often contributed to great literature, and Yoram Kaniuk was born in 1930, into a golden era of Israeli literature, in Tel Aviv, which, as a coastal city, naturally received the full force of the period’s political and cultural change. He grew up in the fertile cultural soil of the 1930s and ’40s, in the midst of “Aliyah Bet,” a wave of illegal Jewish immigration to Palestine (restricted by the British authorities at the time) leading up to the war for independence in 1948. Historians classify “Aliyah Bet” as the sixth in a series of immigration waves beginning in the 1880s, due to increasing persecution of Jews, particularly in Russia and Eastern Europe.

Of course, many Jewish writers and intellectuals were among these immigrants. One of them, arriving in 1881, was Ben Yehudah, an editor and lexicographer, credited with reviving modern Hebrew, for whom a street is now named in Tel Aviv. For Israel, as for many nations with long histories, literary figures are national heroes. Thus Ben Yehudah Street intersects Trumpeldor Street in Tel Aviv (Trumpeldor was a military leader in the Zionist militia around the time of the first world war). This period of change produced significant literary activity, especially in Tel Aviv: the birth of the Hebrew Writers’ Association, of the first literary periodicals in Hebrew, of a first generation of Hebrew writers in Palestine—Chayyim Nahman Bialik, Ahad Ha’am, Shaul Tchernichovsky (all of whom now have streets in Tel Aviv named after them). Yoram Kaniuk was the offspring of these writers and one of the most significant literary voices in the newly created Israeli state, though largely neglected by mainstream audiences until the twenty-first century. 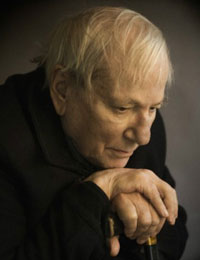 Kaniuk was born and died in Tel Aviv, and in between did everything, went everywhere. He joined the Jewish fighting force, the Palcham, in 1947, to fight for Israel’s independence. After the war, he worked on a boat carrying Jewish Holocaust survivors from Europe to Israel. He spent the 1950s mostly in the U.S., became interested in American music and cinema, married and divorced and remarried. He returned, with his second wife, Miranda, to Tel Aviv in 1958. The novel, highly autobiographical, records his long recovery from a series of cancer operations and a coma, in a Russian hospital in Tel Aviv. When Kaniuk writes about a rabbi in the hospital, he might as well be referring to the reader: “he looked at me and pitied me for that living death. And I made him laugh.”

In his months of recovery, Kaniuk lived a full life, or relived it in parody, a surreal, contorted windstorm of fact and fiction, of dream and hallucination and memory. “Isn’t that what life is, anyway?” He makes the reader ask. Kaniuk made his readers ask many questions over the course of his career—about the nature of death, about the presence and absence of God, the providentialist use of religion in politics. In his oeuvre of thirty-two books, including novels, short-story collections, essay collections, children’s books, and a memoir, Kaniuk contributed to a literary and philosophical identity for Israelis of his generation. Among his works are The Last Jew, an internationally acclaimed chronicle of Jewish history in fiction, and Adam Resurrected, a Holocaust story about a former circus clown, which was made into a film in 2008. Readers of Kaniuk’s work will be grateful for his rare willingness to grieve for the seeming absurdity of a life in which so much suffering occurs, while still celebrating those moments and periods of joy and beauty that transcend human brokenness. He exposes himself and his readers to the world’s fiercest elements, but refuses to be entirely numbed.

Between Life and Death, Kaniuk’s most recent work published in English, employs a surrealism that goes all the way to the brink of the absurd and recovers, just as Kaniuk returns from a coma when “only Lazarus would have come back.” His book is a conglomeration of experience. He writes jokes and obituaries, ekphrastic prose poems on Goya (“a genius who grasped the unimaginable charm of the awful moment that connects death to what may come after it, life”). He writes of dancing pigeons, of basketball games on television, of friends who will come to your hospital bedside and yell at the basketball games on television. He writes of his mother, Sarah, and his father, Moshe, with hindsight’s clarity, and of his wife, Miranda, with an immense tenderness born from a long love, forty-plus years, in which they learned to forgive one another: “I want to tell Miranda how much I love her. How grateful I am to her. How sorry I am about the evils I’ve brought down on her. Hours she sat and shut, shut the eyes of my love…and I don’t deserve a grace like hers.” Miranda is an anchor in his unmoored story.

“Death is the wisdom of the body to forget life and pain,” writes Kaniuk. He wanted to be cremated and buried in “the yard of dry bones on Trumpeldor St.—the most beautiful place in Tel Aviv.” And on his grave, maybe someone will write “solitary,” like the anonymous tombs in the grave garden on Trumpeldor, because each of us dies alone. And maybe, in the years to come, Kaniuk will be immortalized on a Tel Aviv street sign.