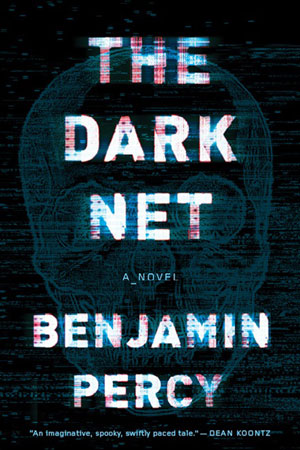 A Conversation with Benjamin Percy
Author of THE DARK NET
from Houghton Mifflin Harcourt, 272 pages

Benjamin Percy has a fascinating and wide-ranging career as a writer. His short story “Refresh, Refresh” was selected as one of the Best American Short Stories 2006 and was further anthologized as one of only 40 stories included in 100 Years of the Best American Short Stories. He has written four novels, a book of craft essays on writing, and has contributed works to such publications as Esquire, GQ, and Men’s Journal. In addition, Percy currently writes for DC Comics’ Green Arrow and Teen Titans, and for Dynamite Entertainment’s James Bond. He newest novel, The Dark Net, released in August 2017, explores many of the dangers of our current digital age.

In this exclusive interview, Cleaver interviewer, Brian Burmeister, asks Benjamin Percy about the things that scare him, the books that shaped him, and the advice he has for fellow writers.

BB: The great post-modern writer Donald Barthelme famously encouraged writers to “Write about what you’re afraid of.” With The Dark Net, you paint a very harrowing picture of the vulnerabilities of the Internet’s infrastructure and our personal information. Are those possible dangers something that you’re deeply concerned with as we move through the next few years?

BP: Right now—with every swipe of a screen, every click of a mouse—you’re feeding information into an algorithm. Right now—when you post a photo or tag a location on social media—you’re willingly giving up vulnerable data.

Right now, you’re reaching for your phone, your fingers always twitching distractedly for it, because it’s digital cocaine, a prosthetic cerebrum.

Right now, private cameras—on phones, on laptops—are being auctioned off by pirates online, so that someone might be watching you right now without your knowledge. Right now, Siri or Alexa is listening to everything you say. Right now, malware can be stored in human DNA. 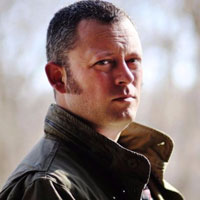 BB: In one of my favorite passages of The Dark Net you wrote, “Books are like batteries…you grow a little stronger by reading them, surrounding yourself with them.” Whether in your preparation for writing The Dark Net, or in your general development as a writer over many years, which books do you feel have made the most profound impact on you?

BP: Too many to list. But for The Dark Net, William Gibson’s Neuromancer was essential. He’s the godfather of cyber-punk, and an excerpt from his groundbreaking novel is included as the epigraph. I also owe a debt to William Blatty’s The Exorcist and Neil Gaiman’s Sandman for their respective treatment of the demonic and occultism.

BB: As an author, you have come to find yourself in a fairly unique position as someone who has very much come out of the literary tradition to now blur the lines between literary and genre writing. What lessons do you think exist for literary writers to take away from genre works? And vice versa? 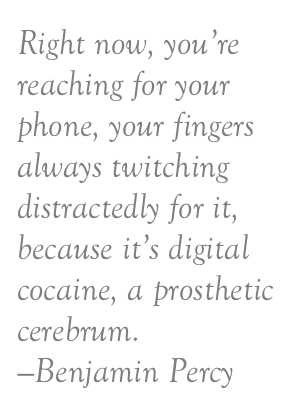 BP: The differences between so-called genre and literary fiction are mostly irrelevant, so long as the writing is strong, the characterization believable. Margaret Atwood and Cormac McCarthy could be stocked in horror, western, crime, science fiction and fantasy or Literature (with a capital L). Bookstores should be broken down into two sections: books that suck and books that don’t suck.

BB: One of the standout traits of your writing in The Dark Net is the vividness with which you describe each location, each character, each action. Over the past several years, you have written many comic books for DC Comics and now Dynamite Entertainment as well. Do you feel as though your work for comics has changed the way you visualize the worlds within your prose?

BP: I’ve always been a visual writer, as influenced by novels and poems as I am by movies, TV, and comics. But I have been writing for DC Comics the past three years, and that’s definitely carried over to my novel writing. Especially with structure and plotting. You have 20 pages and five to seven scenes. The end of every scene should be a tantalizing question mark that carries the reader forward. That’s how every chapter works in a novel. Also consider this: every issue of Green Arrow has an A, B, C, and D plot. The B plot becomes the A plot of the next issue. The C plot becomes the B plot. And so on. Something very similar is going on in a novel, when it comes to the rotation and progression of mysteries. I could nerd on about this for some time. That’s the short version.

BB: You were a long-time creative writing professor and last year published Thrill Me, a book of essays on the craft of writing. As many of Cleaver Magazine’s readers are also writers, what is one piece of advice you would offer to any fledgling or struggling writers out there?

teaches communication at Iowa State University. His writing has been nominated for the Pushcart Prize and Best of the Net. He can be followed on Twitter: @bdburmeister.