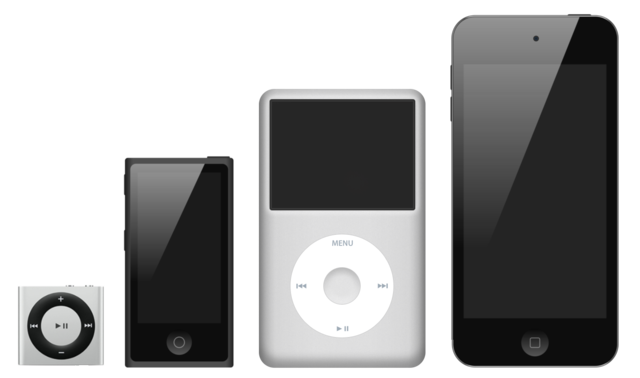 As a Conserva-dox Jew by upbringing and agnostic by nature, I don’t know whether I believe in the afterlife. Sometimes I’m certain that we are all just worm food. Other days I can feel my grandparents looking down on me from heaven while I’m opening a grad school acceptance letter or trying on dresses at Bloomingdales (my maternal grandmother believed above all in the god of retail).

In my hunt for a compelling afterlife scenario, I found that several cultures have done a thorough job figuring out where to send their dead and how. The ancient Norse believed the soul could wind up in a number of places: Helgafjell, the “holy mountain,” where the dead go on with their lives pretty much as usual; Hel, which is not as dreary or painful as its fiery Christian homophone; and Valhalla, which is essentially a Gold’s Gym, a predominantly male realm where fallen warriors pump iron in preparation for the last great battle, Ragnarök. Much like the Egyptians and their pyramids, the Norse sent the dead off on a 1,400 ºC funeral pyre with practical instruments. The packing list often included weapons and the dead person’s slaves, sacrificed for the journey.

The Ashanti of Ghana believe in Asamando, an underworld that resembles an Ashanti village on earth, only without famine or drought. The dead still have to farm and tend animals, though, so the Ashanti equipped their dead with farming tools. They also dance at the burial in order to enhance the survivors’ connection the next life.

Medieval Christians thought that both body and soul contained the essence of the human being after death, which explains why they preserved the severed body parts of saints in intricately carved boxes.

The Jewish afterlife as presented to me at synagogue, Jewish day school, and sleep-away camp is far less straightforward. The term for the afterlife is olam ha’bah, which literally means the world to come. I learned about gan eden, the garden of eden (a version of heaven), and gehenom, which any Judaic studies teacher will tell you “is NOT hell,” but is really pretty much hell. At seven years old, my friends and I must have already internalized some concept of life after death. We used to sing, “Lashon ha’rah, lamed hey, go to gehenom the easy way,” which translates roughly to, “Gossip is the easy way to eternal damnation.” Unlike the ancient Norse and medieval Christians, though, Jewish tradition places the human essence fully in the soul, which severs from the body in death to begin its afterlife journey. You can’t take your slave with you to olam ha’bah. There is nothing remotely corporeal or material about gan eden or gehenom.

Seeking a more glamorous transport to the next life than Judaism’s strictly no-frills, wooden coffin, I stumbled across the latest trend in afterlife accoutrements: the CataCombo Sound System. Fredrik Hjelmquist, a Swedish music equipment store owner, has designed a surround-sound coffin with a 4G connection and electronic display system. The family of the occupant can craft a tailor-made playlist for their loved one, perpetuating the shout-out, “This one’s for you, baby,” for eternity, or at least until they die, too.

If this description hasn’t piqued your interest, the latest television advertisement for the CataCombo might. In the opening shot, a pinup blonde in a black shift and white elbow-length gloves stares intently at the high-tech vessel and runs her hands over its glossy black exterior. A deep male voice asks, “Do you believe that music is a universal, supernatural phenomenon?” and touts such amenities as “God-like comfort” and a “divine” eight-inch sub-woofer to ensure “life after death entertainment.” The whole thing is reminiscent of a Lexus commercial. I guess it’s only appropriate—if this coffin’s your ride to the underworld, you’d want it to be pimped out.

What does this $38,000 coffin say about the Swedes? Turns out, not much. There has been little interest in the product domestically. The birthplace of the Volvo is too practical for such consumer-driven frivolity. Or, perhaps—considering Volvo’s trademark of the phrase, “Drive Safely”—the Swedes are more concerned with preventing death than facing it. Most interest in the coffin comes from Canada and the US, from inquiring minds like mine, albeit with far deeper pockets. So what does this phenomenon say about us?

It is already passé to sigh, shake heads, and gripe that there is no escape from the plugged-in world. Every iPhone-carrying, headphone-donning twenty-year-old will tell you to f*** off if you do. Now that the final frontier of technological adopters—35 to 80 year-old women—are carrying iPhones too, few demographic groups are still complaining about hegemonic technology. And everybody likes some kind of music, be it classical or dubstep, live or in mp3 format. I like to think that I could listen to Beyonce until Judgment Day. Music is a “universal, supernatural phenomenon,” the CataCombo commercial proclaims. It’s a fact of life; why shouldn’t it be a fact of death?

What really trips me up about the CataCombo is the practical details. I want know what happens if you get a lemon. I don’t like to think of the lengths (and depths) a handyman would have to go to replace a faulty sub-woofer. Or what would happen if a particular track didn’t stop skipping? Does the deceased’s final resting place then become her own cacophonic torture chamber? If I’m going to spend eternity in a human boombox, I need a divine guarantee of battery life.

Then I think of the Ashanti and the Norse. For the Norse, grave goods were an investment in a very real future, insurance for safe passage into the next world. For the Valhalla-bound, insurance meant their sharpest sword. The Ashanti were similarly practical, but they also understood that dance and music were a powerful means to connect to those beyond the grave. What if, of all the possessions in this famine-riddled, war-ridden world, we chose music, not hoes and swords, to take with us into the next?

The Catacombo, then, might be a way to unplug not from technology, but rather from harsher practicalities. If we start thinking more musically about the next life, what might the repercussions be for this one? If it turns out there is an olam ha’bah and I bypass gehenom for gan eden, I hope Beyonce is there, too. 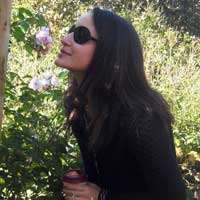 Anya Lichtenstein recently graduated from the University of Pennsylvania, where she received the Rittenberg Prize for Best Undergraduate Student in English. Anya is the former chairwoman of the Pennsylvania Players Board of Governors, and recently performed the role of Kate Monster in Penn’s Quadramics Theatre Company’s production of Avenue Q.