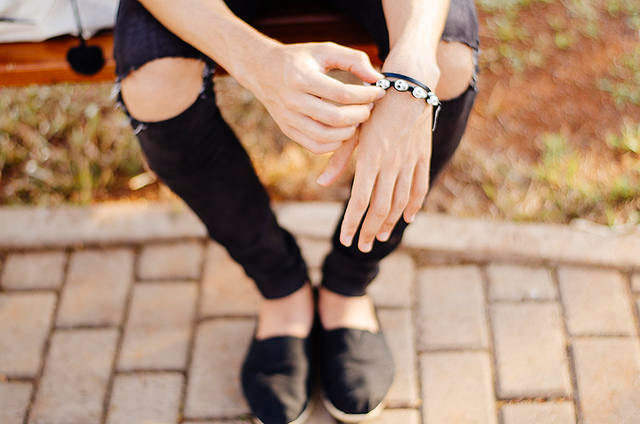 She was wearing the bangle when she met the boy and hooked the boy and used him and used him and dropped him. He looked so small when she dropped him, like she’d shrunk him in half, like she was Saturn and he was some little moon. She’d been the moon a million times before, but now she has the bangle. She likes the way it slides to her elbow when she raises her hand and likes the way it hurts when it knocks back down. There are little marks around her wrist, little tiny bruises, little puckers of color. She pushes them with her thumb when she’s bored or anxious or when Dad gets loud downstairs.

She bought the bangle with a twenty she found in Dad’s desk. She likes that he doesn’t know how she bought it, where it came from, because he’s usually so good at knowing. He knows things that don’t even make sense to know, things that aren’t true or right. She doesn’t question the things anymore. If you question, he’ll bang the things into you until you know them too.

She locks her bedroom door again, wedges the chair under the knob. Her wrist is so fucking thin. You could break her wrist in half, it’s so tiny and thin and little. You could hold her hand all day, feel like it’s your hand, like it belongs to you, the bangle and the wrist and the whole fucking arm. The tiny little bruises too. 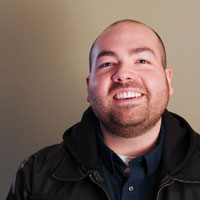 Gabriel Thibodeau studied English and creative writing at the University of California, Berkeley. He lives in Los Angeles, where he writes stories, develops creative content for award-winning children’s products, and occasionally pretends to be other people.