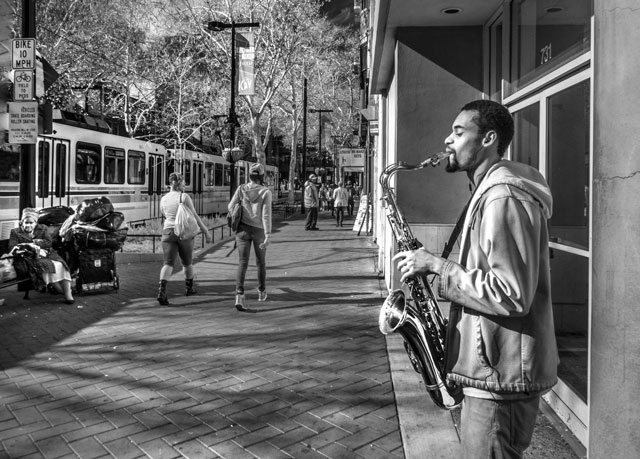 on the slaveship used to be,
a polemic blast of wind,
the mere hint of an
ache & somewhere a child
sadder than me, long gone
brother suffers through
yet another mention of this light

around me, a bright tumbling;
character, the falsest of alarms—
electricity shirring, doubt
scoffing this pyrophoric embrace—in
……………………………………………….Kansas City

a man puts a saxophone
to his lips, remembers a
darkness worth the effort;
the flash & murmur of a sad
rallentando floods his head
like some brackish, swollen river
an impersonation of heaven
he could never afford 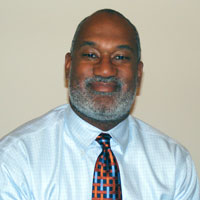 Herman Beavers is Associate Professor of English and Africana Studies at the University of Pennsylvania, where he is Undergraduate and Graduate Chair in the Department of Africana Studies. He teaches courses in 20th century and contemporary African American literature and creative writing. Most recently, he has published essays on Charles Johnson, Toni Morrison, August Wilson, Richard Wright, and Ralph Ellison. Lately, his poems have appeared in The Langston Hughes Colloquy, MELUS, and Versadelphia. He has just completed a scholarly monograph, Changing the Order of Things: Geography and the Political Imagination in the Fiction of Toni Morrison, which endeavors to read Morrison’s more recent novels. He serves as an advisory editor for The African American Review and Modern Fiction Studies.