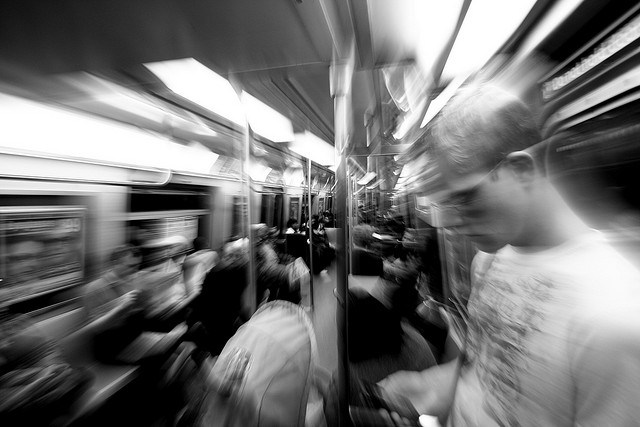 A SIGHTING
by Charles Rafferty

My friend was on the subway in New York when he noticed a man get on, walk down the aisle, and take his place two rows forward of where he sat. This new passenger was our old friend. Neither of us had seen him in twenty years, and now there was a sighting — a proof that he existed, that he had climbed out from under whatever the world had heaped upon him. But my friend, the one who was on the train first, said nothing to this other friend. He couldn’t really explain it when I asked him, but said there was nothing of his old flash and bravado as he shambled down the aisle. Was he homeless, I asked? Was he drunk? Was he broken in some dramatic way — a missing arm, a tattoo from radiation therapy visible above the collar? No, he said, it was nothing like that. He seemed like us. The way we are now. And then my friend had to hang up, because the show that we were waiting to watch in separate living rooms, in separate cities, was about to begin at last. 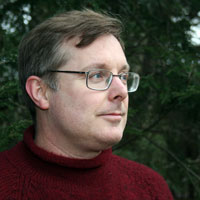 Charles Rafferty has received grants from the National Endowment for the Arts and from the Connecticut Commission on Culture & Tourism. A poetry collection,The Unleashable Dog, is forthcoming from Steel Toe Books. A collection of short stories, Saturday Night at Magellan’s, is forthcoming from Fomite Press. Currently, he directs the MFA program at Albertus Magnus College.