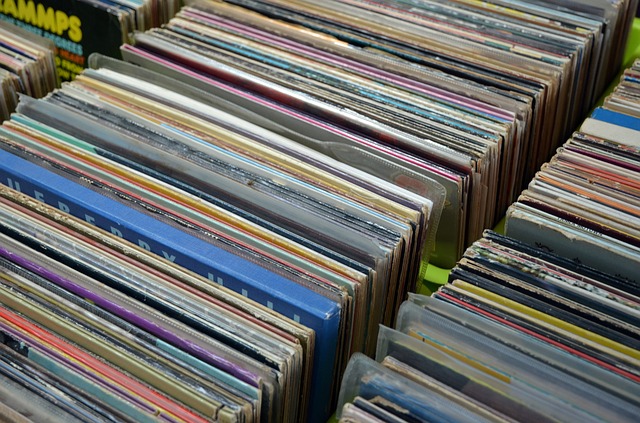 YOU WERE GOING TO TELL ME
by R. C. Barajas

I’m sorry – you were going to tell me something shocking. I’m ready to hear it, but I may sleep instead. I know you won’t take it personally.

I’ve been listening to music. Tiptoeing across the albums of my recent youth, times so far gone they show themselves to me in crayon colors. Of late, it’s been 60s stuff, and my stereo serves up a docile, or raunchy replay of memories. Convenient, because as you’ve seen, I doze off so easily. I’m tossed back and forth from then to now without much warning. Sleeping and waking are so entirely alike that I scarcely bother to differentiate anymore.

Reviewing my record collection behind closed eyes from left to right: Beach Boys, Beatles. Cream. Derek and the Dominoes… I drift past two decades and hear the Stranglers’ Golden Brown, that dreamy ode to heroin. It has new significance for me, wrapped as I have become in this velvety narcotic straight jacket. The thing stalks me at all hours, but if the pain is at bay, I’m content visiting old friends brought to life by whatever tune I happened to play.

I often wake with the sun shining full in my eyes and on my turquoise bandana, from which my ears stick out, gaping wide astride the peach fuzz. I know this because I’ve seen the effect in the bathroom mirror. Above me, the night’s bag of goop dangles from its hook, the rhythmic churning of its flow into my stomach ended until my next feeding. Did I wake you last night, by the way? I tried to be quiet – that sofa bed is so close to the kitchen. I keep a dish towel folded on the counter to rest my head, because it takes a while, between pills and drams and falling asleep. All those medicines at once, and so often. I have a spiral notebook that tells me what, and a timer that tells me when. The glass of ginger ale is usually warm by the time I’m finished. Well, fuck me…

I wanted to tell you about something. But the windows need washing. I hate the way they look now. Far below I can hear the traffic pulsing, scurrying to get out of town, away from this irritable heat. Lying here on these damp sheets, on the bed someone dragged over here for me, I can escape the staleness by simply pressing the button above my arm and flying back to crouch in the recesses of my brain.

I visit all kinds of things. A pair of yellow pumps. The inside of my mother’s linen closet, my giggles muffled in the folded towels. A dead dog I once saw by the road, curled up as if sleeping, his red bandana still neatly around his neck. The hot feel of smoke down my throat, gnarled oaks clawing at an endless blue sky that glowers. My catalogue of failed art.

But where was I? You all come and go, cleaning up. Sometimes I fall asleep talking to one of you, and wake up talking to another. Usually I recognize who I’m talking to. If I don’t, I pretend I do – I’m sure we were friendly once. Hey, can you hand me that jaunty little chapeau? It is so goddamn sexy.

So yes, I wanted to tell you – about the CD someone left. I’d never seen it before. On the cover was a black and white photo of a young man, hardly more than a boy. He reminded me of something, a wish. It wasn’t that he stirred memories; he was what I never dared imagine when I was young and so spectacularly stupid, when I settled for the pimply adolescent plots of others. The photo in my hand showed long hair escaping from under a felt hat, smudged stubble brushing a turtleneck sweater. Calm aware eyes.

So I slid the disk into the machine.

He was revealed in small mistakes, charming, raw, and then, because he offered the songs to me pure and roughhewn, they became mine. Soft, untrained voice, coaxing fingers – like scrawled handwriting in a diary. I didn’t drift as usual, but stayed to listen. You will think me a silly schoolgirl, but I became joyous and giddy, my heart pounding as if, long ago, a boy I had a crush on had smiled. He sat on my bed. I tell you, I felt his weight next to me – callused fingers touching my face.

So I lay, listening – and awoke a little. I looked inside the cover forcing my eyes on the words. 1970. Thirty years ago – no wait, more. I had been – two years old? Ten? I can’t retain a clear grasp on my age. The boy was now dead, which I already knew just by the sound of his voice. I searched the words to discover how he died, but past the delicacy of tone reserved for those of us who die before it is convenient for us to do so, it didn’t say. Drugs? I didn’t think so, though I bet he dabbled. Car crash? Too commonplace. Cancer? The face on the cover looked like it could suffer with grace, but still. Suicide, maybe. Maybe not. I think I slept a little then, because I found a ribbon of faded tickets in my hand, and breathed the sugar-smell of cotton candy at Field Day on the nubby blacktop of school.

When I awoke, someone – was it you? – had raised the blinds onto the evening, and the lights of the city, yellow life-like eyeballs, peered in through the glass. I pressed play again. I wanted him with me, this boy who hadn’t yet died too young.

This is what I wanted to tell you. That I cheated. I was cowardly and risked so little of value. I’ve dismembered more in my life than I’ve completed because I thought my imperfect hand showed too stupidly, too brutally. There were only a few relationships, and a few pieces of artwork that escaped my relentless euthanasia. Do you remember? You’ve seen them, I think, around the apartment. There had been problems, some had come out partially formed, twisted. I secretly liked them best but my vanity was suspicious of taking credit for anything born of mistakes. Such a fucking stupid old woman.

There they are, on the dining room table where I can see them – pelvises, scapulas, undulating vertebrae. The filtered sun warms their patinaed surfaces, their pits and fissures, hairline cracks, bubbles of porosity – and I am undone by their beauty. Drowned. With these, you know, I wasn’t cheating, and they share me in sickness and health. The soon-to-be dead boy sings in my ear: Your legacy, your dowry, your endowment are these. They are you. But you always knew that. And that was a shocking thing to tell me.

I can hear that the traffic has lessened, and the streets have purged themselves. The city races through the night heat, through my window, up my covers and onto my face.

The soon-to-be dead boy is singing as I look out. The music is over, but I listen, and wait as long as I can. 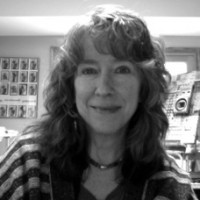 R. C. Barajas was born in Stanford, California. She attended college, skipping from UC Berkeley to College of Marin to San Francisco State like a rock across a pond. She eventually garnered a degree in art. For ten years, she worked as a goldsmith. While living in Colombia in the early 90s, she began writing non-fiction and short stories. She has published in magazines and newspapers on a variety of topics. R.C. currently lives in Arlington, Virginia, with her husband, three sons, and a pack of dogs.