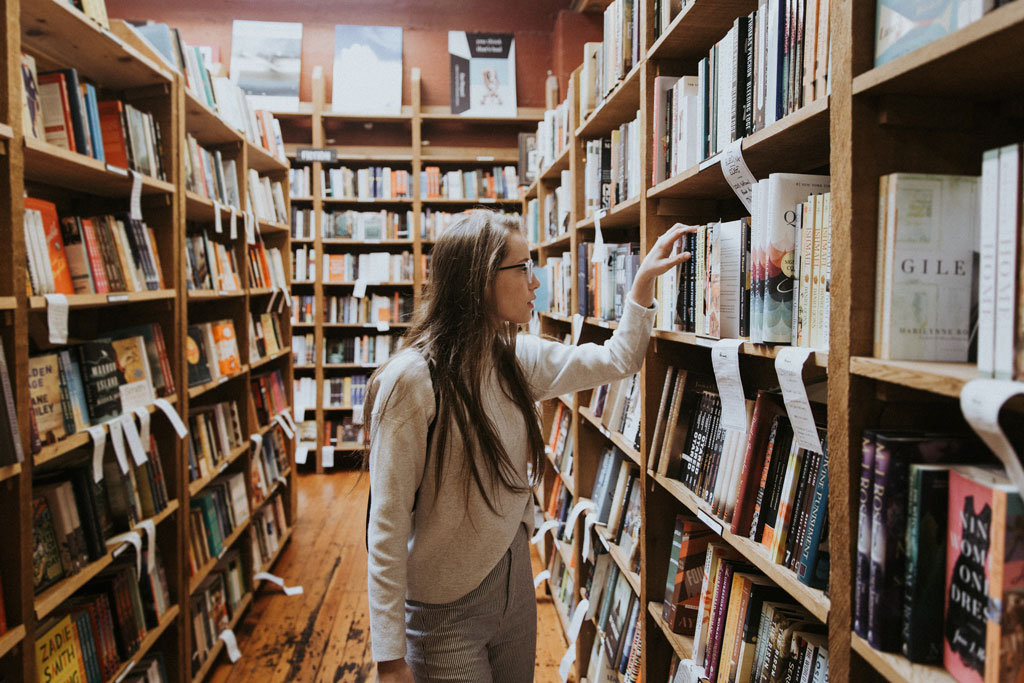 On a friend’s repeated urging to read Jennifer Egan’s 2010 Pulitzer Prize-winning novel Visit from the Goon Squad, I went to my small local bookstore. They had no copies of Goon Squad in stock, but there was a single copy of Egan’s 2006 title, The Keep. Since Egan is a well-respected author and the flap copy looked promising (“…relentlessly gripping page-turner…rich forms…transfixing themes”), I took it home and dove in. I didn’t expect to be as engaged as the hyperbolic blurbs promised, but I found myself fully immersed almost immediately. When I came up for air nearly an hour later, I asked myself how The Keep had managed to pull me in so quickly and so thoroughly that I’d missed the ding of the microwave and the beguiling aroma of leftover lasagna.

Over a dish of sadly steam-logged pasta, I went back to the beginning to re-read, paying closer attention to try and suss out what was so gripping. It hit me that Egan was using sensory description in a way that allowed me to subconsciously ground myself in the novel’s world. And her sensory cues were so masterfully deployed, they’d superseded the sounds and smells of my own kitchen (a rarity).

At first read, I didn’t know what it was about the opening pages that had hooked me or even that I was hooked. Nothing much was happening in the story yet, and the only character introduced at that point was neither likable nor unlikable. Nevertheless, I’d lost track of time (and dinner) because I was so absorbed.

Right away, in the first two paragraphs of page 1, Egan incorporates descriptors affecting all five senses: sight (“the towers had those square indentations…  that little kids put on castles when they draw them”—an especially effective use because we have to dig into our own recollection of kids’ drawings to access that image); sound (“he heard [the falling leaves] crunching under his boots”); smell/taste (“the air was cold with a smoky bite”—we can smell the burning leaves but the word “bite” here evokes taste as well); touch (“Danny felt [the leaves] landing in his hair”). 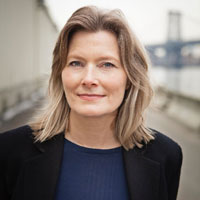 Egan’s particular genius in utilizing descriptors this way lies in her subtlety. At first read, I didn’t know what it was about the opening pages that had hooked me or even that I was hooked. Nothing much was happening in the story yet, and the only character introduced at that point was neither likable nor unlikable. Nevertheless, I’d lost track of time (and dinner) because I was so absorbed. Once I started paying attention though, it leapt out at me like one of those hidden pictures that emerges in 3D from a seemingly random pattern of shapes: Egan doesn’t avalanche the reader with a surfeit of showy adjectives and adverbs. That kind of showboating is tempting, and I’ve been guilty of it in my own work (and consequently grateful for editors), but being heavy-handed with spurious details comes off more as tedious than captivating. A deft writer like Egan knows restraint pays off, and instead she salts the text with sensory cues that dwell below even normally perceptive (as opposed to critical) reading, serving as a means of connection rather than distraction.

The sensory description continues throughout the narrative. Even brief passages contain elements of touch, smell, sight, and taste: “Danny picked it up and smelled: mold, wet wood. The glass was thin and hand-blown, colored bubbles around its base. The taste was outright freakish: a reek of decay mixed with some sweet, fresh thing the decay hadn’t touched.”). Sensory reference points not only engage the reader viscerally in the moment, but they create the collective ambiance of the book, which lingers between reading sessions and helps the reader re-engage the next time they pick up the book. And wouldn’t this be an efficient way to add depth to a piece of short fiction too, where economy of language is especially important? I tucked this lesson into my craft toolkit as well.

Familiar sensory details take on additional significance when the narrative gets tricky, a consequence of varying settings and personas. The Keep’s narrative voice switches between close third person POV and first person. For long portions of text, these are distinct and easy to follow. But as the book reaches its climax, these voices blur and intermingle, as the story lines themselves do, so that the identity of the first-person narrator is eventually revealed through the third-person narration in a contextual flip-flop. This fairly complex structure is made navigable by a breadcrumb trail in the form of relatable sensory cues. Whether the text drops us into the dungeon of a decrepit European castle or an American prison cafeteria, we can orient ourselves in the foreign landscape by the smells, tastes, textures, and sounds that are as close as the dinner plate on our kitchen table.

At the castle, Danny observes the neglected pool: “Its water was black and thick with scum . . . a smell of something from deep inside the earth meeting open air, full of metal and protein and blood.” In prison, Ray describes the “smell that gags you when you first walk into the prison building . . . cigarettes, germ killer, sweat, chow, piss.” The details are so richly evocative, I had no trouble switching between the two wildly different locations and narrative voices. I stayed connected with the text because although I’ve never been in prison or fallen into a hell-mouth pool, I’ve smelled these smells, so my personal catalog of sense memories helps bridge the gaps in my experience.

Regardless of whether I believe in the possibility that an ordinary castle of stone and wood may be haunted, I’m willing—and, more importantly, able—to accept that it is because Egan doesn’t just tell us it’s haunted. She lets us smell and hear and taste how natural the keep is before hitting us with the supernatural. The jarring disconnect is what makes it scary, and I didn’t have to work too hard to suspend my disbelief. Even though there were a couple of implausible plot points that might otherwise have derailed my interest, I kept right on reading.

Though sometimes we do want readers to work a little harder, to penetrate the surface and mine for meaning on their own, I saw in The Keep that the more layered the detail, the better and faster the connection—the buy-in is achieved without making readers labor over it.

In Egan’s hands, sensory detail is revealed as a significantly useful implement in the writer’s toolbox. This turned out to be a critical takeaway for me, as I sometimes ask a lot of my readers. Leonora, the narrator of my slightly fabulist literary novel, is the ghost of a chimpanzee. When I set about revising my first draft, guided by the way Egan creates accessibility in The Keep, I paid extra attention to the sensory details that would help readers empathize with Leo, who’s not only nonhuman, but nonliving. This was important because as a character-narrator, she does the heavy lifting of the story. Although in her afterlife she’s anthropomorphized, Leo’s still a chimpanzee. To establish her humanity, I gave her memories (she has a nostalgic fondness for monkey stink); desire (for the taste of hardboiled eggs and fresh mango); and dread (she can’t bear the sound of children’s laughter), all tied tightly to the senses.

Though sometimes we do want readers to work a little harder, to penetrate the surface and mine for meaning on their own, I saw in The Keep that the more layered the detail, the better and faster the connection—the buy-in is achieved without making readers labor over it.

In the end, my bookstore’s failure to stock Goon Squad was serendipitous. I would have missed out on Egan’s object lessons in forging robust reader-text connection right away. When you need your reader to seamlessly acclimate, not interrogate, the skillful use of robust sensory detail delivers every time. That’s a lesson I didn’t know I needed, a keeper. 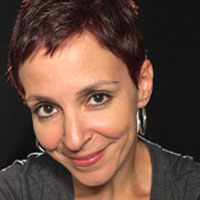 Sandy Smith is a writer and editor whose short fiction and essays have appeared in a number of journals, including Brevity, Sky Island Journal, Gravel, and The MacGuffin. She holds an MFA in Creative Writing from the University of California, Riverside, and is currently at work on her second novel. Visit her website to learn more.