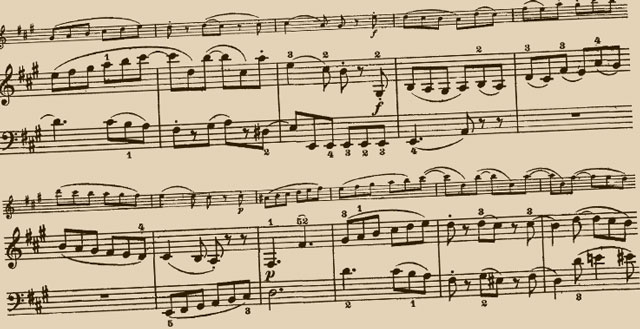 SONATA FOR CLAVIER AND VIOLIN
K. 526 (September 2008)
by Samuel Thompson

The day of playing
with Mr. G.’s transitional bow–
yes, the one that they used in Mozart’s time–
is fresh in my psyche
as I work
to taper and bloom,
stepping away
from the vertical
and the punctuation-marked strokes
made with the extended index finger. 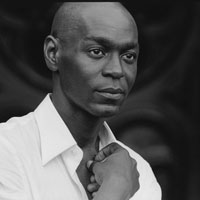 Winner of a Participation Prize in the 2011 Padova International Violin Competition, violinist Samuel Thompson has established a career that spans solo, chamber music and orchestral performance, interdisciplinary collaboration, and arts journalism. In addition to performing regularly with the Delaware, Roanoke and Harrisburg symphonies, Samuel has been presented in solo, chamber music and interdisciplinary performance throughout the United States, Canada and Italy. This is Samuel’s first poetry publication and he shares very deep thanks both to his friend Deborah Needleman Armintor for her advocacy and support and to Jorja Fleezanis who encouraged him to keep writing.