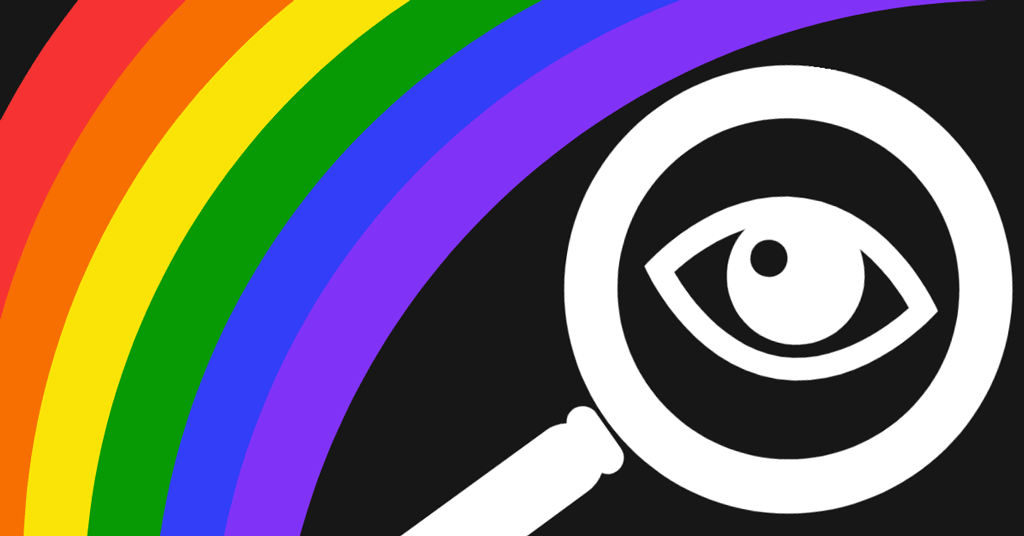 “It was a blonde. A blonde to make a bishop kick a hole in a stained-glass window.”
—Raymond Chandler, The Big Sleep

There’s arguably no writer more emblematic of the hardboiled experience than Raymond Chandler. On the mean streets of Chandler’s fictional Los Angeles, his private eye character, Philip Marlowe, expresses infuriating bravado and self-annihilation in equal measure. It was PI Marlowe who ignited my interest in, and enduring love for hardboiled crime fiction. His lyrical musings about fine whiskey, his tireless dog-with-a-bone persistence, his suit, hat, and gun—it all entranced me.

As a closeted queer growing up in Scranton, Pennsylvania, during the “Don’t Ask, Don’t Tell” era, searching for headstrong characters in books felt safer than getting to know myself. I was in awe of Private Investigator Marlowe’s freedom, his devil-may-care brio, unaware that his swagger was probably shaped by his white, heterosexual, cisgender male privilege. Even if the hardboiled dick (yes, that’s the colloquial term for detective) is pistol-whipped, he is never afraid to throw a punch, snark at cops, or chase a lead down a shadowy alley.

Besides the PI’s barbed charms and Chandler’s dexterity at the line level—evocative neon-lit atmospheres, seductive metaphorical turns—Marlowe’s sadness thickens his characterization and the psychological texture of the mystery. In The Long Goodbye, Marlowe readily admits he is “depressed.” Marlowe is a damn good PI who can work a case, but crime writer and critic Megan Abbott observes in a LitHub interview how he “feels control over nothing, not even himself.” The canonical sleuth’s melancholy and cynicism complicate his whiskey-drinking machismo, letting readers see his human frailty, deepening investment in both him and his investigations. Will he fall off track? What’s at stake for him?

Marlowe’s hard to stomach when he demeans and abuses female characters. In The Big Sleep (1939), he slaps Carmen Sternwood to rouse her from a drug-induced haze, repeating the word “slap” four times within the span of two sentences, creating a strong rhythmic effect. The cadence intimates a pleasure in—or fixation with—the act of hitting a woman. Marlowe declares that the opposite sex gives him a hangover.

It’s impossible to deracinate a text from the time and place in which it was written, and Chandler’s craft innovation is undeniable. But as a creative writer who savors the sumptuous rituals of reading—pouring a cup of black coffee, laying on the sofa, and devouring a book in a day—Marlowe’s sexist, racist, and homophobic escapades repel me.

Reimagining the Hardboiled Hero
Inspired by gifted hardboiled writers and interested in crafting intersectional queer mysteries, I developed my own critical-into-creative crime-fiction methodology. The first book in the series is The Scorched Cross, and the sleuth is not a trench-coat-clad PI but a tattooed queer nun named Sister Holiday. If that seems rather wild, it should.

At the heart of my practice is a close engagement with foundational hardboiled texts published primarily in the ‘40s and ‘50s in concert with their feminist counterweights—mysteries by Sue Grafton, Katherine V. Forrest, Laurie R. King, and Sara Paretsky, published, largely, in the ‘80s and ‘90s. The feminist hardboiled and neo-hardboiled authors include women writing mysteries in the context of gay liberation and second-wave feminism, and the politics of these movements informed their narratives.

What I discovered through my analysis of early feminist hardboilers was a startling array of methods for leveraging social identity (re)construction to intensify and sustain narrative suspense. For instance, Sue Grafton’s PI Kinsey Millhone is an ass-kicking, wisecracking straight woman who, in A is for Alibi, smokes out the homme fatale (male version of the femme fatale) in a dramatic flip of the script. Katherine V. Forrest’s Kate Delafield is a fastidious detective and butch lesbian who battles crime and homophobia—internalized as well as externalized—in seedy Los Angeles.

Social comment is not extraneous but an inherent element of the hardboiled tale. In Talking About Detective Fiction, PD James points to hardboiled novels as stories of “social realism and protest.” Similar to the way in which the political tumult and socio/economic ideologies of Chandler’s Los Angeles informed his crime fiction plots (mobsters, for instance), feminist and queer crime fiction authors regularly weave topical themes and identity politics into their projects. Harsh social conditions, such as racism and violence, that threaten queer sleuth characters like Detroit-based PI Charlie Mack in Cheryl A. Head’s brilliant Catch Me When I’m Falling: A Charlie Mack Motown Mystery (2019), indicate some of the hostilities queer and BIPOC women experience on a daily basis.

Examining myriad strategies for weaving social critique into mystery plots helped me devise ways to narrativize contemporary polemics and tensions I find interesting. Accepting that the sleuth genre is both fluid and stable—a living art form that evolves as attitudes evolve—I set out to craft tales that read like satisfying whodunits while centering queer theory, queer spirituality, and queer phenomenology.

Subverting the Lone Wolf Trope
In my wise-guy reversal, I recast the hardboiled sleuth as a thirty-three-year-old tattooed queer nun named Sister Holiday who, as she tries to solve an arson-and-murder case, interrogates herself and her own interleaved identities. The Scorched Cross interlaces multiple mysteries and introduces the queer sleuth as both an investigator and instigator. Intrigued by Lisa Duggan’s suggestion that queer theory holds space for “radical potentiality,” my nun-sleuth rejects fixed binaries and tidy categories of any sort. Sister Holiday breaks the rules and bucks convention as she seeks redemption.

In The Long Goodbye, PI Marlowe describes himself as “a lone wolf, unmarried, getting middle-aged, and not rich … I like liquor and women and chess and a few other things.” Sister Holiday is also a lone wolf of a kind; an out queer woman when she lived in Brooklyn who took a provisional vow of abstinence as a novice nun in her New Orleans convent, but she still considers herself to be “extremely gay.” Like Marlowe, Sister Holiday has a penchant for liquor and women, and her relationship to “vice” is as cerebral as it is corporeal.

Queer “I”
I anchored my novel within the contours of a first-person point-of-view. The opening scene establishes the cynical voiceover as the camera eye. My goal is for the raw energy of the first-person voice and the plot points to dovetail to propel the narrative forward. First-person POVs can be challenging in mysteries because of the expectation for forward motion. Lyrical and metaphorical meditations can vivify the sense of place and intensify character immersion, but they must be used judiciously to keep the story cranking along.

Beginning on page one of The Scorched Cross, Sister Holiday’s voiceover foreshadows the narrative centrality of seeing and introduces the New Orleans heat as its own formidable character in a city of curses and miracles:

A good mystery never starts where you’d think. A sleight-of-hand trick begins off to the side, in a blind spot, like the alley behind my school. The alley was the only place I could smoke. I had no money for cigarettes, of course, but what I confiscated from my students was fair game. Waste is a sin. Not a deadly sin but sinful all the same. So, there I was on the stoop, minding my own business, roasting in the heat that never broke, not even at dusk. I had my goddamned gloves and scarf on, as Sister Augustine demanded. It was a rare moment alone, with one precious cigarette, before I slipped into the convent for supper.

Sister Holiday’s (often obnoxious) attitude and observations—and what she chooses to ignore—expose vital paradoxes that drive the story.

Queer Crime & (In)Justice
The LGBTQ community is not monolithic, but people at the margins often learn skills that prove to be valuable for detection: code-switching, people reading, encoding, decoding, reading between the lines, and inference. Queer people are fighters; from Stonewall to Obergefell v. Hodges, the community has shown resilience. PIs and queers also share more nuanced, unconventional views on crime, punishment, and fairness—knowing how to locate the gaps in systems of power.

To craft a female sleuth figure who capitalizes on her inside/outsider status and her queerness to advance her sleuthing, I needed to codify Sister Holiday’s sexuality in the context of her religiosity. As I began composing my novel, I inquired: would self-selected celibacy and abstinence delegitimize Holiday as a queer sleuth?

According to critic Faye Stewart, the answer is no. In a study of German queer crime fiction, Stewart posits that queer mysteries bring a “socially critical perspective together with boundary-crossing genders and sexualities, inviting readers to interpret queer figures and themes as literary incursions into cultural traditions and political discourses.” Within my crime-fiction framework, a religious lesbian sleuth uses the otherness of her experience and viewpoint to make surprising syntheses, look in unexpected places, connect disparate clues, and take unconventional approaches.

I believe we need more than new hardboiled heroes following the same old formula. Now is the moment for new paradigms and queer hardboiled heroes who foreground queer storylines. The pedagogical implications are exhilarating: What might contemporary queer hardboilers illuminate about seminal novels by James M. Cain, Raymond Chandler, and Dashiell Hammett, and vice versa?

There’s a singular thrill in experiencing the new within the familiar, to disenthrall from tradition and mint a bold new code. It’s the delicious challenge of writing “genre.” In this generative spirit, I strive to push the boundaries of the ever-evolving PI genre with my mysteries led by a flawed, stubborn sleuth with a queer identity all her own that informs her passion for revelation as well as her taste for vice. 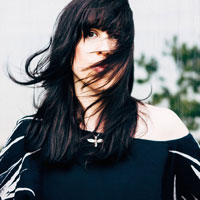 Margot Douaihy, PhD, is the author of Girls Like You, a Lambda Finalist, and Scranton Lace, both published by Clemson University Press. Her work has been featured in PBS NewsHour, Colorado Review, The South Carolina Review, The Madison Review, The Florida Review, and Wisconsin Review. Learn more at her website.