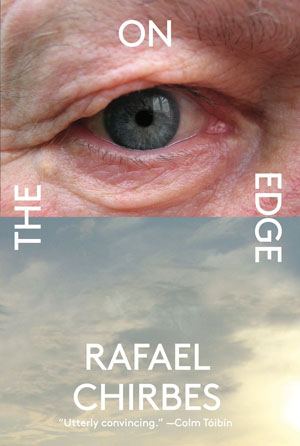 Regarding the difficulty of starting a novel, Umberto Eco writes, in the appendices to The Name of the Rose, “…there is an Indian proverb that goes, ‘Sit on the bank of a river and wait; your enemy’s corpse will soon float by.’ And what if a corpse were to come down the stream–since this possibility is inherent in an intertextual area like a river?”

In On The Edge, Spanish novelist Rafael Chirbes, who died last year, activates this idea. His corpse appears in the first pages, in the mud of a lagoon bank, under the feet of a fisherman, in the mouth of a stray dog. The central character and narrator, Esteban, extrapolates from this opening scene, revealing a world of which decaying bodies are the natural product. His world is full of corpses, living and dead, full of ghosts from the past speaking over one another to fill the novel with noise.

“Where did they go,” writes Chirbes, “…all those people who passed so swiftly before our eyes, where were they going, where did they end up? Water swallowed by the drain, by the labyrinth of pipes, sewers, filters and water treatment plants, pipes that flow out into the sea…” For Chirbes, many of “those people” were his family, “a Republican family…on the losing side of the Spanish Civil War,” notes Valerie Miles, in the novel’s afterword. His father committed suicide when he was four. When his mother could no longer afford to keep him, Chirbes was raised in an orphanage for children of railroad workers, uprooted from a Mediterranean village near Valencia to grow up in Castile. Chirbes understood this early detachment as the seed of his development into a “stateless writer,” says Miles, co-editor of the Spanish translated edition of the New York Review of Books, with no regional or political allegiances.

It is in this spirit of disinterest that Chirbes became a social and political critic, writing both essays and fiction–against Franco and the post-Franco chaos, against the gritty debauchery of the Moroccan underworld as well as the white-washed greed of Spanish aristocracy. (“Money,” Chirbes writes in On The Edge, “has a detergent quality”). He spares no one in his searing commentaries, not even himself, noting, “If you stand yourself up against the character you most despise, you’ll find your own contradictions staring straight back at you.” In light of this reality, Chirbes both humanizes and dehumanizes his characters, creating complex, unconventional human beings who still manage to be representative. Esteban arrests the reader: this quiet, bitter narrator, this “cuckolded St. Joseph” from a small, fishing village, this ancient mariner, this Jesus who’s outgrown love and rhetorical questions, whose crucifixion has come forty years too late–forty years in a wilderness of mud and marsh, quiet violence and sex and regret. 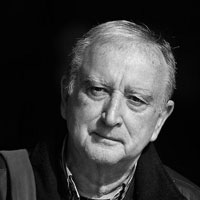 Consequently, every sentence takes stock, runs back over the past one more time, re-hashing, re-analyzing. On The Edge is a collage of aftermaths, both personal and impersonal. Post-Spanish Civil War, deserters and traitors were hunted like animals by blue-shirted Falangists, hiding in polluted marshlands. “The locals proudly allowed themselves to be photographed standing next to these putrefying bodies,” remembers Esteban. “Someone must still have those photos, identical to the ones that hunters take after a wild boar hunt. Some “traitors,” like Esteban’s father, turned themselves in to months of prison and hard labor, a lifetime of shame and bitterness. The novel is also set in the aftermath of a much quieter civil war between Esteban and his childhood friend, Francisco, from which he lost the love of his life, Leonor, who aborted his child.

Perhaps most of all, Esteban narrates the aftermath of the financial crisis of 2008, the worldwide economic collapse that hit the fishing village of Olba, Spain, as hard as anywhere else, that hit Esteban, after his investments were lost in a friend’s construction business, after he laid off each of the workers in his carpentry business (“Joaquin…Alvaro…Julio…Jorge…Ahmed…across the desk in the office”). The narrator, Esteban, like Chirbes himself, has suffered more than his share of human loss: the death of his grandmother (whom he watched “in secret, through a crack in the door, a disfigured creature, railing and moaning, I was six or seven”), of his beloved uncle Ramon who taught him everything about hunting, fishing, human beings (“Each man contains his own particular evil,” Ramon would say. “Each…his particular bait…appetites…trap…we and the rats and the cockroaches”), of his mother, his older brother, the disappearance of his sister to a middle class life somewhere in the North, his younger brother to the hustle of a dive-bar in some east-Madrid slum. “With the universe’s usual senseless logic, the one who was full of life was the first to die, while the other has lingered,” Esteban discloses. The narrator is seventy, waiting for the death of his invalid father, lamenting his own physical decay.

“The aging human body serves as a symbol of the decadence and decay of the political and social body,” writes Miles, in the afterword to On The Edge. That sociopolitical deterioration reveals itself as the voices of these various aftermaths return, scattered, intersecting one another almost incoherently, at times, in monologues, in remembered or imagined or fantasized dialogues. And behind them all, the dark, fatalist consciousness of Esteban, narrator, murderer, protagonist, animal, victim, lover, son of a retired carpenter, of God, of the devil, of carrion, and the dead marsh. These faces of the past terrify Esteban, perhaps because they remind him who he is, of his own, slow corrosion:

They occupy the whole room, I can feel them cleaving the air, and I have to turn on the light and sit up so as not to suffocate, and so that they return to the walls from which they have escaped. I sit up, gasping for breath. In the darkness, I hear them moving about, they brush my skin with their tattered clothes, their fingers. I feel the air they dislodge touch my cheeks…

After everything, what remains for Esteban is a landscape of waste, rotting like dead bodies in the local marshlands—the looming rumor of bankruptcy, the incontinent father strapped to an armchair in front of the TV, the nightly game of cards at the Bar Castañer with the high society retirees, and the single, inevitably imminent scene, the one he always refers to in future tense, which begins the novel and ends it: his own death, which flows in the undercurrent (or rather, sits in the stagnant underbelly) of the story, an “intimate little drama, a chamber work, offering to restore what history destroyed.”

Chirbes’ novel achieves a similar act of restoration in its brutality and cold, pessimistic realism, exposing the animal nature in man, like a warning shot, an admonition, a severed hand in the mud of the lagoon bank. On the Edge is not a page-turner, but it spawns enough friction to be hot to the touch–a slow roast, an ugly collection of sordid characters. On The Edge “accuses everyone,” writes the American novelist Joshua Cohen. Read a passage like this one and realize Cohen has hit the mark:

…human behavior is usually neither exemplary nor encouraging…It’s every man for himself… The living feed and grow fat at the expense of the dead…commercial obligations bind people more closely than love…the world is divided between what I am and what others are.

Readers are convicted by Chirbes’ accusations, intoxicated by the earthy richness of his prose, suffocate in the malaria, the “bad air” of his swampy, Spanish lagoon, and in the secretive (in both senses–secrets and secretions) nature of everything buried there: incriminating firearms, toxic chemical waste, used condoms, “awkward” corpses, memory, memory, memory, and poisonous voices, whispering, “Life as waste…We are emptying ourselves out.”