ON REVISION:
From story to STORY, With a Little Help from a Doomed Vole and Robert McKee 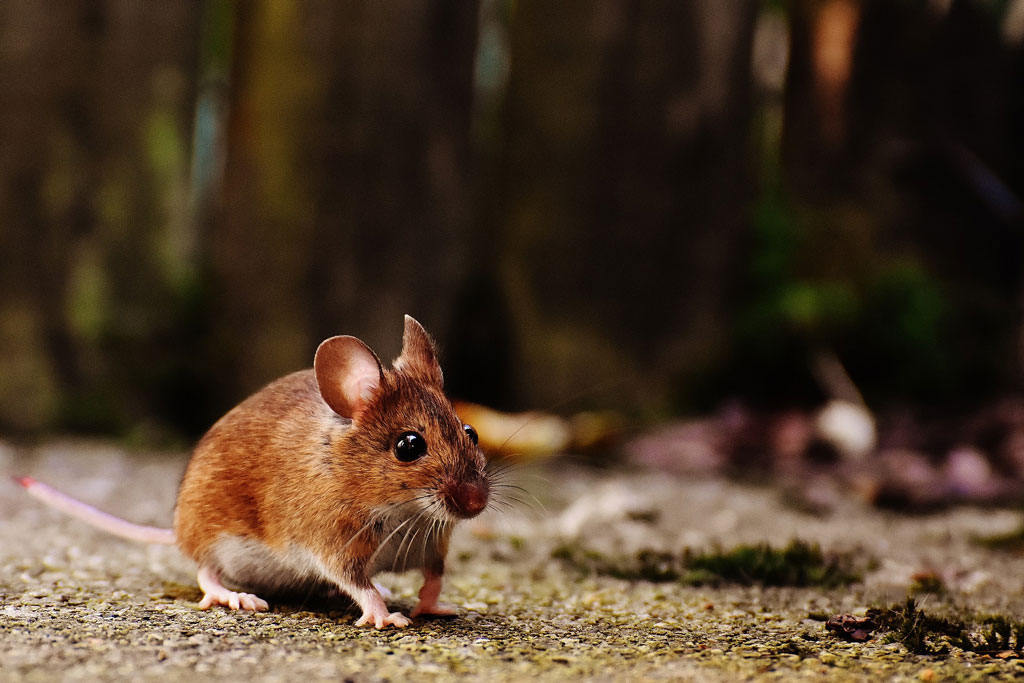 A Craft Essay
by Lea Page

If memoir is sculpture, where writers must strip away the unnecessary to find the shape of the story, then it is my memory that wields the knife. Memory chooses certain scenes and impressions. Memory snips and stores fragments and shadows. Memory does not follow the rules of chronology or of rational cause and effect. Memory puts any old thing next to another for its own reasons and may preserve for example, the dance of a courageous vole in perfect detail, while jettisoning a crucial conversation with a friend who is now gone. Try as I might to recall that moment with my friend, memory carved it away, leaving only shavings on the floor, which I crushed into ever smaller pieces as I paced back and forth, studying what I had left to work with.

A freaking vole? What was I supposed to make of that vole?

Because there’s story, and then there’s capital-S Story. It took working through several manuscript revisions before I understood the difference.

My first draft, which included the dancing vole, was the story. It was 100% accurate—everything I wrote about was what I remembered happening. There were no embellishments, no composites, no made-up dialogue, even. What I brought to the page had been seared onto the skin of my soul. I had been branded by the story. It owned me. So, I was surprised when my writing group flipped my manuscript onto the table (proverbial table—we met by video conference) and leaned back in their chairs and said, “We love your scenes and your language, but we’re not convinced.”

But, I told them, it all happened.

“Don’t take it personally,” they said. “Literally, this isn’t about you. That’s the problem. Right now, the story is only about you.”

They explained that I needed an underlying current, an emotional logic. I needed the big picture. I needed to answer the “why” and the “who cares,” as well as the “what” and the “how.” I needed a thematic arc to match the arc of events. In other words, a capital-S Story to go with my story.

Shortly after I received this humbling advice, my husband, a lawyer, surprised me with the audio version of Robert McKee’s Story for us to listen to during a six-hour drive. “Maybe this will help you with your revision,” he said.

I was grateful, but worried he’d be bored. “Oh, no,” he said. “My final argument in any brief or trial is only as convincing as the story I’ve told.” As we hurtled south down the highway, we listened to McKee describing his thematic array of values that forms the foundation of a complete story arc.

Start, he said, by nailing down the basic value at stake in your story.

What had I really been after, I asked myself, moving my young family to a small town in rural Montana? A simple life, lush scenery, sure. But what else?

Belonging, that’s what I had been looking for.

And what, asked McKee, is the opposite of that basic value? What negates it?

That’s easy: being bullied, ostracized, shunned. When your daughter is bullied for years and you cannot stop it, no matter how desperately you try. When people avert their eyes, turn their backs and close door after door, all the while telling you that there is “something” about your daughter, “something” about you. You are to blame, they mean, but just why is unnameable, unknowable, and therefore impossible to change or to fix.

And what, asked McKee, is the opposite of belonging but is not negative?

Who knew, as I was living my story, acting and reacting, that my solution would so neatly fit into this man’s formula? But the structure of stories is what it is because life is what it is, and my choice, when I was faced with the impossibility of our ever belonging in our tiny town, was self-sufficiency: the opposite of belonging, but not necessarily a bad thing.

Not a bad thing at all. Our retreat into the community of wild and domestic animals, into the rhythm of the seasons and the sanctuary of our home and garden, was understandable, given our circumstances.

But, said McKee, even that is not enough. In any story, there are obstacles. Challenges to overcome. Villains. What, he asked, is the worst possible manifestation of the negative? What is so savagely awful as to threaten one’s existence? McKee called it the “negation of the negation.” Take the negative, the opposite of your positive value, and turn it on itself, so that the negation, the challenge to your soul, is exponential.

What was the negation of self-sufficiency, of ostracism? What would be exponentially more damaging than mere shunning? How could that harm be magnified?

The “negation of the negation” was that voice that woke me in the small hours of the night and whispered, “Maybe there is something about you.” The negation of the negation was my belief that that voice was speaking the truth: that we deserved it. I didn’t need anyone to ostracize me or to destroy me. I was doing it for them. I felt a sense of triumph for identifying that last piece of the puzzle. But I also felt despair. This wasn’t fiction, after all. It was my life.

When I was forced by the gods of revision to weave a more expansive and emotionally resonant capital-S Story to justify the inclusion of every word, event and character—even that dancing vole—I began to understand that my story didn’t just happen. That even if I felt a bit victimized by events, once I was inside the revision process, there were no more victims and no more villains. There were only choices. I saw that my main character (me) wasn’t simply the target of relentless persecution. My protagonist had made a series of choices—good ones and bad—rendering the larger Story believable only when I set the events afloat on a thematic current.

By examining the big Story, I came to understand my villains through their choices as well. There were reasons they acted as they did—as badly as they did. Their actions reflected their own limitations and misery. I wasn’t responsible for what they had done, any more than the vole was, the one that fought valiantly when my cat caught it, the one that made her jump back in surprise as it bared its tiny rodent teeth, the one that died because, despite its courage, it was after all, a vole, and she was a cat, and that is the nature of things.

And here is what I discovered as I wrestled again with those scenes— I was not that vole. I had a choice in the end, while the vole had none, and I had chosen, and survived.

It wasn’t until after my husband and I were in the car again headed home that I understood there was a fifth and final element in McKee’s thematic array: the bending of the arc into a circle, the redemption. Without redemption, the story—my Story—would be a tragedy, starting at a positive value, belonging, and ending with a negative one, self-nullification.

Regardless of whether anyone would want to read a tragedy, I didn’t want to have lived a tragedy. When we fled the Montana town where we had dreamed of making a life, we left behind a home we had designed ourselves, drawing my grandmother’s kitchen table on a piece of graph paper and working out from there. We left our work, our animals, our trees—we had planted so many trees! It was hard to deny the sacrifice.

But memoir is truth. You can’t make up a better ending, one that you would prefer. When you have experienced the negation of your negation, when you have possibly had a hand in creating it, how, I asked the wise voice coming from the car speaker, how do you redeem yourself?

The answer dawned on me only because I had written it: the act of writing was itself the answer. The opposite of self-nullification is self-expression. It is even more than that: self-expression is an exponentially higher, more positive value of belonging. It is an affirmation of the affirmative: belonging to oneself. And I have revision to thank for it. 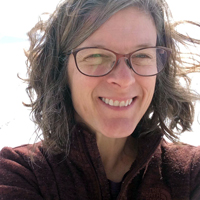 An avid walker, gardener and dog-snuggler, Lea Page lives in Montana with her husband. Her essays have appeared in The Rumpus, The Washington Post and the Brevity blog, among others. She is the author of Parenting in the Here and Now: Realizing the Strengths You Already Have. Visit her at www.LeaPageAuthor.com.