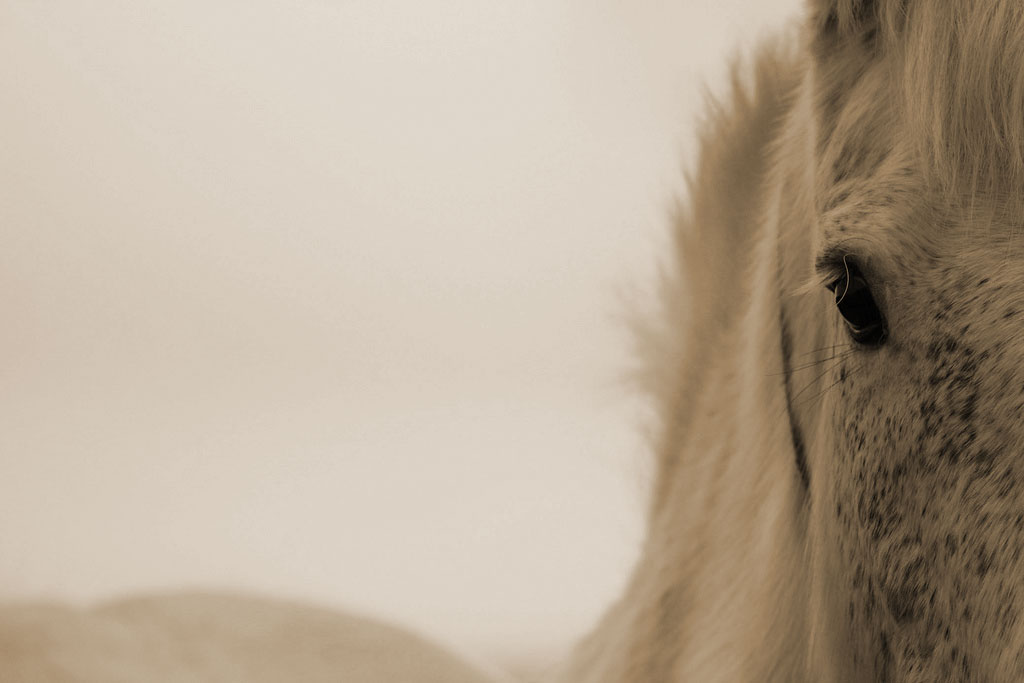 ON BEIGE
by Prairie Markussen

She is a palomino in the Nordic countries,
her hair scorched to a glow. She is the Northern
ice floe, the delicate drip, the dusted broccoli top
that slips downward into the sensual sliver.
She is the slick of that sliver. She is waylaid at the switching station,
the drear, the mold, the scaffolding at the church’s
steeple, all within sight and none too dear.
She hunches into her polar collar. Boys scoff and scratch
at their wrists and blaze into their cigarettes,
and push the cold clear of their faces with a match.
They are blinded by her flaxen; beautiful, she is
imagined into their arms, she is positioned for their
deserts—they have deserved this for centuries.
There are headstones she will not see, flecked
with the writ of farmers, and theirs is a hatred
that holds; theirs is a right to destroy themselves
against a white light.There is a horse, old, dusted with the dust of the desert,
waiting at the edge of the sea, hitting its hooves along
the promenade. It has long been trained and twitches
at the delay. There is nothing for it—she is
caught in a central slumber, caught between
the gnawing sea and threads of want, running like steel
through and through this bumbling backwater.But she is a palomino in the Nordic countries, she is
the fairest prize, forever sitting for the upsweep of oil strokes.
(There is a golden-toothed father that gloats
and gathers her in with his arm.)
She is the edging of sand beneath the horse’s
thrusted breath, the meat of the aspen beneath
the broken bark, the shimmering
tip of the moth’s wing as it shudders along
the breeze. She is the dust, the incandescent dust,
of wing ash dispensed between
Northern fingers. 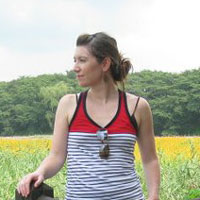 Prairie Markussen is a poet and college teacher living in Chicago. She has lived in and written about lots of different places and would like to live in and write about more places, which means a change in location is always on the horizon. She likes imagist, war, and confessional poetry, and in her own writing tries for a confluence of personal and cultural experiences. Her works appear in Atticus Review, Painted Bride Quarterly, The Fiddlehead, Louisiana Literature, and other journals, and in an anthology of short poems called Bigger Than They Appear published by Accents Publishing.