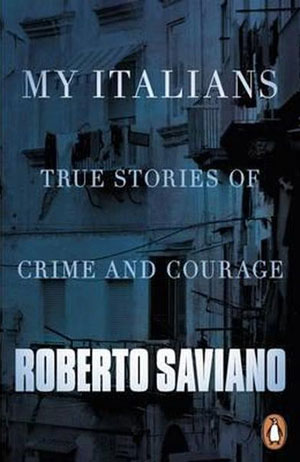 The essay collection My Italians: True Stories of Crime and Courage, the provocateur Robert Saviano’s newest nonfiction work, is a startling condemnation of contemporary Italian life. For about a decade, Saviano’s one-man campaign against organized crime in Naples has made him famous across Italy. But he’s little known in the U.S., or he was at least until recently when a TV adaptation of his 2007 bestseller, Gomorrah, about the crime syndicate, la Camorra, began airing on the Sundance Channel (Italian director Matteo Garrone also made a 2008 film by the same name). Yet Saviano’s expertise on the malavita and how it’s infiltrated legitimate business knows no borders. Last year, he gave a talk at a conference in England about how business transactions in London’s much-vaunted City financial district are in fact influenced and manipulated by organized crime.

Saviano shot to prominence in Italy after Gomorrah was published; as the book sold millions of copies, he was put under a kind of witness protection that’s essentially removed him from everyday life for the past decade. He composed the nonfiction tell-all book from a series of stories he reported and wrote about the crime syndicates that dominated his Naples neighborhood, Casal di Principe. He put down on paper what everyone he knew already knew—that Italy’s “other” Mafia was just as powerful as the Sicilian version, for example—but which was nonetheless stunning to see in print, and which for many Northern Italians was, in fact, news. Saviano has skillfully shown that organized crime has evolved beyond “numbers” rackets and drugs to enter industries, such as fashion, that few associate with the Mafia

At the tender age of thirty-seven, Saviano has become a martyr for the cause, living largely on the lam and telling few people where he’s sleeping most nights. Saviano has it “far worse” than Salman Rushdie, the condemned English author of The Satanic Verses, Rushdie told GQ magazine in 2015. “It is much harder for him to lead anything that one might call a normal life.”

Saviano’s become a mini-industry unto himself, publishing widely and weighing in on all manner of topics, some of which he touches upon in My Italians. He hasn’t shrunk from such labels as “rock star” for how he’s taken on la Camorra (creating Saviano fatigue for some). And in addition to those reproaching him for making a name for himself on the backs of organized crime victims, he’s had to shake off accusations (and judicial judgements) of plagiarism.

But none of that diminishes the importance of the topics he’s chosen to address in My Italians, a work of journalistic essays. Indeed, there are few other sources for the casual reader who wants to learn about what’s really going on in Italy. And what’s really going on, as Saviano first illustrated in Gomorrah and elaborates on further in My Italians, is that organized crime, namely la Camorra, has crept into nearly every facet of Italian life. Not just the drug trade or construction or the docks but tutto. Saviano tells us that what’s really going on is that in the country that birthed such business powerhouses as Fiat, Prada, and Pirelli, “Italy’s most powerful entrepreneurial factions” are “the ‘Ndrangheta, the Camorra and the Cosa Nostra.”

In My Italians, we learn that la Camorra controls contracts for waste disposal; more specifically, it helps companies illegally dispose of toxic waste. Where? Anywhere it pleases, it would appear. In the book’s best chapter, “Waste and Contaminants: The Toxic Mountain,” Saviano tells us that in Campania, the province that’s home to Naples, it is not unusual to find hospital waste, discarded printer cartridge toner and scraps from steel factories in open fields in some areas. “Landfills,” he tells us, “are overflowing because they have been filled, in recent decades, with all kinds of waste from outside the region.” In one chilling passage, Saviano quotes a mafia turncoat who says that field rats died instantly when they drank liquid waste that had been buried in land near Naples.

And it’s not just any companies that are turning to the mob for trash disposal—it’s  some of the largest, most prominent companies in Italy. In other words, la Camorra is doing a lot of business with the suits. That’s because it’s expensive for big companies to dispose of waste according to the newer, environmentally-stringent rules that most countries in the EU now follow. Enter the Camorra to ease that burden.

The book is the companion to a four-part 2010 Italian TV special; the eight chapters are drawn from his monologues on the show. But even without the television imprimatur, Saviano knows exactly how to capture the unfolding drama of organized crime in Italian life—and he also knows how to put it in perspective. In an essay on the illegal dumping of toxic waste, he writes,

(It should be noted that some of this information already appeared in Gomorrah, and that some of the data was sourced to Legambiente, Italy’s most prominent environmental group).

In My Italians, Saviano drills down deeper into the new “Mafia imprenditrice,” or in the words of the book’s skilled translator, Anne Milano Appel, the “entrepreneurial mafia,” which is destroying Italy with “terre avvelenate,” poisoned ground. The Camorra has been particularly adept, the author tells us, at snapping up farm land at bargain prices from farmers who need to sell for one reason or another, and then filling the fields with toxic waste. Pretty quick, land that’s brought the world succulent tomatoes and fresh mozzarella has gone sterile. And it’s not only the land that’s being poisoned. According to Saviano, public housing and roads have been built with “toxic waste material.” In other words, the mob is poisoning Italians.

Outside of Italy, there has been little press on this, with a few notable exceptions, including Ian Birrell’s reporting featured online at Mosaic. Notably, Birrell reveals that one of the people who bought Saviano’s first book was a Naples oncologist who, after reading Gomorrah, realized he finally might know why he was seeing increasing instances of cancer in his young patients.

Saviano is at pains to say the trash Naples is drowning in is every Italian’s trash. But it’s not a story many Italians wants to hear. As he writes in the book’s preface, “It’s been very difficult to talk about the North as a terrain invaded by the South’s mafia, because it is not easy to accept the idea that a large part of the Italian economy is determined in unfamiliar, backward southern villages.”

The book also covers other topics, one of which is almost equally as important as la Camorra. And that’s the 2009 earthquake in L’Aquila. Saviano is especially skillful at telling the story behind the story: the substandard building practices that caused nearly the entire town in Abbruzzo to collapse following the earthquakes. The warnings that officials ignored, the building codes that people overlooked: Saviano  makes the case that these are systemic failures that are undermining Italy. He laments that despite a long history of earthquakes in Italy and an extensive anti-seismic building initiative, Italians “appear to relive the same tragedy each and every time.”

Some of the other chapters strike the reader a bit as score-settling. For example, Saviano’s extended treatise on Italy’s “mudslinging machine” aimed at parts of the media and the court of public opinion that go after anyone trying to uncover uncomfortable truths (anyone like Saviano). Indeed, some parts of the book read a bit too much like inside baseball for even the most dedicated Italophile.

Collectively, though, what emerges in My Italians is Saviano’s sustained defense of his larger home region, the South, the region that’s paid the price for so many of Italy’s bad decisions. 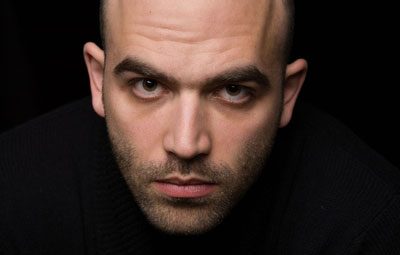 Journalists and critics may have reason to spar with Saviano about this book. As the companion to an Italian TV program, the nonfiction book has few direct quotes or citations from interviews or books, although he includes a lengthy and laudable list of works cited. In some instances where he does cite sources such as official investigations in the text, Saviano doesn’t note if these cases led to conviction or a definitive finding. Moreover, perhaps due to the nature of his life and work, Saviano rarely presents his findings in the book within the context of detailed reporting. He almost never says, for example, that in 2010 he interviewed such-and-such person (even without a name) who told him this particular piece of information, and from there he pieced together this or that other conclusion. The lack of context and details about how he obtained the information makes it hard to verify or vet what he says.

But then again, Gomorrah was largely written the same way (due to the nature of covert reporting) and there’s no question that the trenchant information he revealed has forever changed how Italians view crime in Naples, and beyond.

Appel, the translator, had a challenging assignment on her hands—if for no other reason than the book contains pages of highly detailed descriptions of trash and trash disposal. Nothing lyrical about that, but getting it right is crucial.

My Americans reads as a call to arms. Just as lovers of Venice track the ebb and flow of the lagoon and weigh in on engineering proposals aimed at stemming erosion from afar, anyone who loves Italian food, which is to say all of the Western world, should be alarmed by what Saviano is reporting. The issue of toxic dumping threatens so much about what the world loves of Italy.

Jeanne Bonner is a writer and journalist based in Atlanta, Ga. She’s contributed reporting to The New York Times and CNN. Her creative writing, including nonfiction essays and book reviews, have appeared online at Literary Hub, Catapult, Consequence and Asymptote Journal. She received a Bachelor’s degree in Italian Literature from Wesleyan University and has an MFA in Creative Writing from Bennington College.