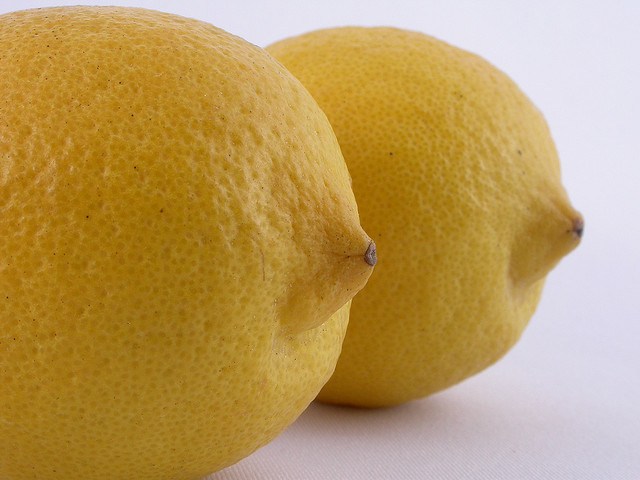 Miko seduced our mom with a gruesome story about Jews. When he was a boy, he told her, he followed the American soldiers into Bergen-Belsen. He saw the dead bodies and the bodies that were not yet dead. This he shared with her during singles night at the Unitarian Church three years after the divorce. Miko said his purpose there was to profit off the rich Nazis who’d come to bad ends. Thing is, the bodies moved him to compassion. He just helped the Red Cross workers, that’s all he could do. Miko told our mom this after she told him her granddad was liquidated by Hitler.

I got two brothers. We love our mom. We boys have turned out well, so it was good to see her happy. Miko was of high intellect, a sensitive man of the world. Name a country and chances were Miko had been there. He’d contracted malaria in a Brazilian jungle, had hunted a strange animal nobody’d heard of in South Africa. He’d been a monk in Tibet.

And Miko owned houses in Atlanta and Lake Tahoe, drove a Jaguar XJ6—just look out the window at it in the drive—and built a harpsichord from scratch. His daughter was married to August Wilson, the black playwright, he told us. I felt like asking Miko how he, Iranian by birth, found himself traveling through Hitler’s countryside as a kid, but let it slide.

Our mom married Miko in Mendocino, sent pictures of them on a cliff overlooking the Pacific, mist and wind and birds in the air, and a radiant flower, a gardenia, pinned to her dark gown. Of their honeymoon, she wrote: “Miko’s Tahoe getaway is a panacea. The air here dances across my taste buds, and the light? Oh, such purity. I feel as if I am living inside of a dream.” She hadn’t been this happy since her poetry book, My Bitter Love, was accepted for publication at Inspirations Press. The poems were about her struggle to overcome the pains she suffered after Dad left her for a younger more beautiful woman, a woman that she insultingly nicknamed Miss Nigh and Sly to try and undermine her hold on Dad’s heart. In any event she was a student of his, which was what our mom was for him before they were married. The happiness Mom experienced at the release of her book lasted until she read the reviews.

We brothers decided it was a mutual joke, that we all were players, that when Miko told his whoppers, the unspoken code was don’t question them. Otherwise the joy might disappear. Only then we find out Miko has cancer. Our mom tells us he may have six months to live, that she runs the air all night because when Miko returns from his treatments he’s hot and depressed. Sometimes she sees him in the backyard staring into the trees and leaves, and believes Miko is imagining himself dying like the people he saw dying in Bergen-Belsen.

We felt for her, and for Miko, but six months later Miko was going strong. He traded his XJ6 in for a BMW, and our mom sold the house she had received in the divorce agreement with Dad, this so she and Miko could move from Florida to Charlotte, where Miko had secured a better job as the new director of the Super Computer outlet at UNC. He was a brilliant Iranian, read scientific manuals, and my brothers and I were thrilled to see our mom regain some of her pride.

Miko continued with his chemo treatments, but alas our mom, for whatever reason, visited Miko’s doctor, behind Miko’s back, and found out Miko never did have that cancer he said he had. Nope. No cancer. Was it possible? Could a guy make up such a thing? When our mom informed my brothers of her discovery, they said, “That’s awful!” and “How could he?” but me, what I said is, “That’s great! I’m so happy Miko’s not going to die.”

“I feel sick to my stomach,” our mom said, and her words brought to mind the time I came home from school with a swastika penned in red ink to the hem of my shirt. This was way before the divorce, while I was in ninth grade. “I feel sick to my stomach,” she said, and told me to take my shirt off. I said, “It’s a good luck symbol,” but she grabbed my shirt by the collar and began to throttle me. She hit me in the face and her nail scratched my cheek so that it bled. I still have the scar. She normally kept her angst under control, but she’d recently found a cache of Miss Nigh and Sly’s love letters in Dad’s desk. She’d been going around the house, fuming, quoting the stupid things Miss Nigh and Sly said to him, stuff like, “because of you I will never again wish away time,” and “I love you dementedly.” I don’t think she meant for my shirt to rip, but it was old and thin. Once it started ripping she just ripped the whole thing off me and threw it into the garbage bucket under the sink. Then she sent me to my room without dinner.

I was happy for Miko’s lie. I didn’t want to understand our mom’s insistence that Miko had done something unforgivable. I even thought of the old footage I’d seen of Hitler addressing his people, the Germans, how it’s pretty clear what Hitler has in mind for the Jews that lived amongst them. Was it possible that our mom could have looked the other way in order to have the thing she desired? Just a little bit of happiness was all she’d wanted. Was it really too much to ask for? A feeling of being loved and kept safe in the face of the cruelties of the world? In Miko a storehouse of possibility existed, a path of redemption, a return to beauty, to youth. That Miko’s worth was contingent upon prescribed behaviors didn’t set well with me.

“That’s great!” I said, but she didn’t share my enthusiasm.

We were at a restaurant, just the two of us. As it turned out, Miko didn’t own a damn thing, she said. His fancy Lake Tahoe getaway was a rental, go figure. There’d never been a house in Atlanta. The Jaguar Miko once drove—yes, we’d all seen it in the drive—had never been fully paid for, and the BMW was also being bought on meager installment. Miko was clever, had not paid taxes in seven years. He was a liar, a liar! Supposedly Miko had two daughters, right? That one of them had been married to August Wilson was perhaps the most bald-faced lie of all, yet our mother had believed.

It was just the two of us. Our plates arrived. Our mother’s tears fell into her pastrami. She had used the money she received from selling the family house to buy the new house in Charlotte. Miko had arranged things so that the house was in his name. She had consulted a lawyer and the lawyer said that there was a chance she could get some of the money back, but the IRS had caught up with Miko, did she want to try to send Miko to jail? No, so all that money, almost forty thousand dollars, was lost. That money was half of all she had, and could have been used for her retirement.

You’ve always been a fool, I thought. She had spoken often of the sacrifices she had made, such sacrifices being raising our father’s children, cooking dinner for everybody and basically succumbing to the conventional yet “unconscionable” role of suburban housewife. If not for us, who knew but that she could have become the poet laureate of the United States?

You never respected your children, I thought.

You never knew any of us, I thought.

I said, “We thought you knew but that you were looking the other way on purpose. We thought that Miko was worth it, that the pride he gave you made the lies worth it.”

“I hate him!” our mother screamed.

Everybody in the restaurant was looking at us.

“He should have died!” she screamed.

I reached across the table and put my hand on her hand. I’d never before made such a bold gesture toward our mother. “I hate his guts,” she said, and I told her it was all right, that even though she’d given him her money, she still had lots to be thankful for. “Think of the Jews,” I told her, and she looked at me as if I was crazy. 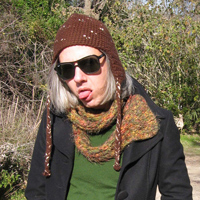 John Oliver Hodges lives in New York City, and is the author of War of the Crazies, a novella about commune life in upstate New York, and The Love Box, a collection of short stories. His short stories have appeared in Swink, American Short Fiction, Washington Square and about 50 other journals. He teaches writing at Montclair State University and the Gotham Writers’ Workshop.