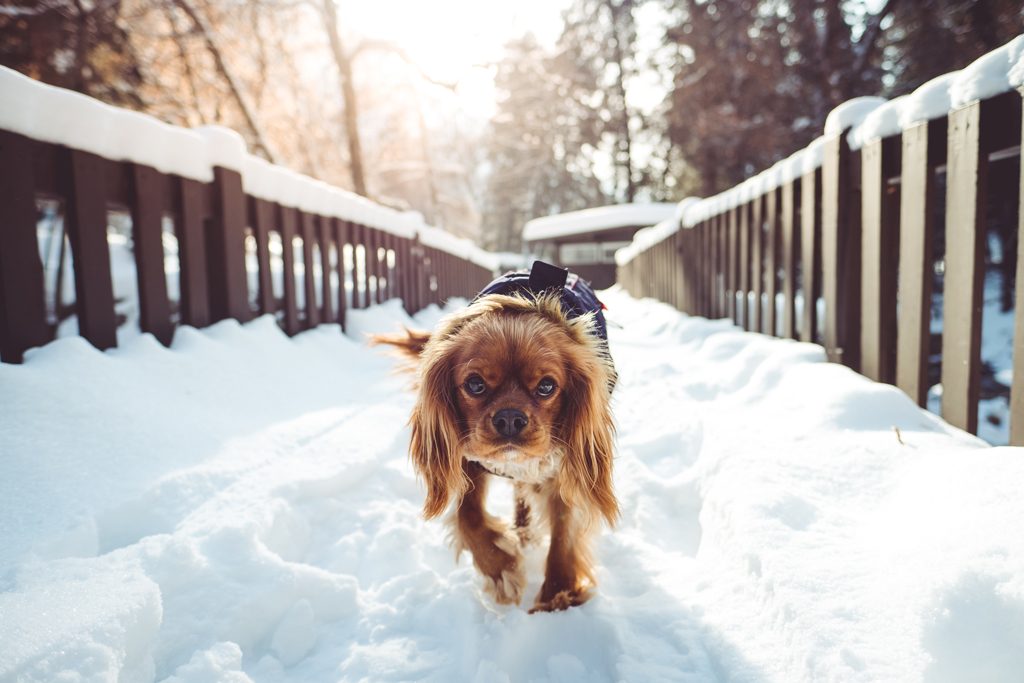 FOR THE LIFE OF YOU
by Brandon Timm

For Pops, who’s always there.

The high-pitched animal cries of your boy come hurtling to you drunk at the breakfast table from the backyard, and until you finally hear “Dad! Dad! Dad!” it’s only by that terminal “Dad!” when anything registers—those cries and yelps and weight of the sliding glass door as you wrench it open into the sharp February bluster that spreads against your arms and face, snow falling in the crushed heels of the shoes slid on like slippers before crossing your uneven deck. There he is, your boy, standing on a cheap, green, plastic, piece-of-shit chair holding his puppy’s leash untethered in a red glove. Profiled against the warped wooden fence that spreads like bad teeth at places along its base, he is small, and he’s half-leaning into the neighbor’s yard over the top, his jeans dark from playing in the yard. On toe-point, he’s reaching over, looking at a situation you only later—by how cold the world feels on your knees, how it falls out beneath you—will begin to figure; he’s pointing into that other yard, his arms marshmallow thick in his blue winter coat saying again without looking back, “Dad! Dad! Dad!” because he knows you are there, trusts for some reason that you will always be, and you make an effort to talk except what comes out isn’t helpful or coherent because, face it, you’re ripped and don’t know what to say anyway, but you know what to do, goddamnit, which is scale that six-foot wooden fence now, Dad, right now.

The deep snow pushes up the bottom of your grey sweatpants on the other side of the fence and you’re focused on its cold grip around your ankles—not a single thought flying to those shadows on the x-ray your doctor handed you or the dot dot dots of the Sign Here’s on the papers your almost-ex brought with her last night. No, you’re thinking: the neighbor’s yard is just as sad as mine. Ditto his two-bedroom apartment. Then you see the blood in the snow. Lord, there’s plenty. But, for a moment, you allow yourself some hope. All this couldn’t be from your boy’s dog. Because it was so small. And barely old enough to be spayed let alone grown enough to have so much to lose. It was like the night before, when your wife dropped your boy off with his sleeping bag, when she was surprised to see a puppy, how she hurled arm-crossed accusations like, That’s a sad bid for affection, and, Shouldn’t he be bigger by now? like it’s your damn fault your boy’s nine and hasn’t sprouted into an awkward birthright of long limbs and voice shifts. Like it has nothing to do with the woman he’ll end up living twelve out of every fourteen calendar days with until he’s eighteen, or you’re dead.

“There,” your boy calls, “the bush!” which you should’ve figured, because of the blood, and because your neighbor’s fifty-pound fawn-colored mutt’s barking at the large, ugly-brown bush beside a warped deck just as shitty as yours, the dog’s entire backside wagging, and, between deep woofs, puppy-high wines; those cries that threaten to swing the world beneath you open, whoosh, like a trapdoor. An old dog, you’ve seen the neighbor kids, six and seven years old, hold onto its leash when a squirrel cuts across the yard, that dog lunging, rearing up on its legs against its collar. It looks back at you, making that happy dog face, almost smiling, jowls smeared lipstick red, and it paws at the cherry-dark snow.

“Dad!” you hear as if from on high, as if to warn you, but you never listen, do you? Until it’s too late not to. So you start talking low and calm with your hands out in front, moving toward the dog. Then you’re cursing, a growl and an uncommon anger rising into your throat. And you’re pointing. At your chest. Then grabbing the dog’s collar in a fist. And kicking wildly again and again and it’s pulling and twisting and yelping and you’re holding it off the ground by the collar and it’s making this crushed-throat hoarse-noised gasp and you hear:

But that isn’t your boy calling, no. It’s those neighbor kids on their deck yelling back into their house through the open dog-nose-smeared sliding glass door, a door you might have had. And you let go. Exhale. Feel a little bad, but also alive, even when you hard-cough in the cold air and spit what comes up.

Their dog hurries, with a limp, toward the kids, tail tucked, favoring one leg, choking, wheezing. When your tall, rail-thin neighbor finally comes out he says, What’s all this? as if he means anything by that in his Old Navy sweater, his flannel pajama pants and fur-lined Crocs, and his two kids are trying to explain. One’s trying to talk but out of breath while the other one cries; heart-wrenching stuff, should be, but their dog’s fine—he’ll live—and your neighbor says, Just what the hell is going on?

Grow up, you want to say when you kick the red snow. You wave open-palmed at all of it like the last act in a magic show before the curtain drops. Ta-da, you gesture, get fucked. You pound on that shadow in your lung and you kick the snow again. This time, your crushed-heeled shoe goes reeling onto the deck, and he cocks his blonde blockhead at it.

“Dad,” your boy says, and you ignore the sounds from the deck, and you ignore your bare foot in the snow to get down on your knees by that bush to find what you came for, saying stuff you never even said to your boy—not when he fell off his bike and skinned his arm up to the elbow, when she said right in front of him, Full custody if I can—those It’s okay’s and It’ll be fine’s. You get ahold of the puppy’s collar and, slowly, try to rescue it, to do the thing right. But, as you pull, it leaves a pink paintbrush-streak in the snow. There are flecks of mulch and dirt stuck to the red, slick parts that steam in the cold. You can see tiny bones and, for some reason, for a million reasons, you look over your shoulder and—whoosh—there he is, your boy, gape-mouthed, watching.

Last night, before he got into his sleeping bag because you only have the one small bed now, he watched the puppy sleeping, watched it kick and twitch and breathe, and he asked if dogs dream which you didn’t know how to answer. You wanted to say Yes and wanted it to be true.

Down in the bloody snow you pull off your shirt, a shiver riding your ribs, and scoop up your boy’s puppy and wrap him inside.

From his deck, your neighbor says something about the police and you’re saying a choice thing or two about him and his mutt even though you get it—what he must say and do, as Dad. But, no, you won’t shut up and you won’t hold on just a minute, and already you’re at the fence handing the swaddled pup to your boy. You climb the fence, which seems taller this time, the dry wood scraping like teeth across your chest and gut.

Inside, he asks, holding that small dog in his arms, “Is everything going to be okay, Dad?” and, for the life of you, you don’t know what the hell to say because you know how this ends. Choking from the cold, sobering air, you lead him by the scruff of the neck through the apartment with a limp from your one numb foot to grab your keys, and the coat with the cigarettes, and you are all three in the car going ten over the speed limit, fifteen. And your boy, he’s older, getting older by the mile, and before long he’s too old to hug and tall enough for his mother and his voice is breaking while you—you’re a shadow sliding down a road snaked with snow still trying to say It’ll be okay like you mean it. 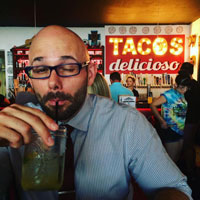 Brandon Timm is a recent fiction graduate of Southern Illinois University’s MFA program. He currently resides in his home state of Ohio, where he holds a position at a logistics company. His work has been published in ZONE 3  and online at The Carolina Quarterly. He owes much to those family members, friends, and teachers who have supported him, and this is a small, printed thank you to all those who have rooted for him.