I’ve been writing essays about finding my birthmother and revisiting a forgotten New York City through her lens, and about struggling to square my child identity as an adoptee within my family. I’ve learned that every family has an oral history of storytelling punctuated by some form of grief, shame, or trauma, and that embellished memory acts as a coping mechanism. My birthmother’s stories are great examples. She embroidered them in enchanting fairy-tale-like ways: there were out-of-wedlock births, fallen women, secret intra-family adoptions, deathbed confessions, and foundlings. She created myths for me, and about me, because the truth was too traumatic.

It’s no wonder then that my adopted child-self loved stories like Hans Christian Andersen’s Thumbelina, about a “graceful little maiden” born from a piece of barleycorn to a woman unable to have children; or Sophie in Roald Dahl’s The BFG, taken from the village orphanage and befriended by a dream-hunting giant; or The Lonely Doll, whose author posed her doll Edith for photos with her best friend Mr. Bear. It’s been said that The Lonely Doll series was, “to a large degree, an autobiographical exercise in wish-fulfillment.”

Most fairy tales involve trauma or abandonment: a young girl lost in the woods or trapped by animals or trolls, a mother having her child taken away. But creativity can turn terror into delight, which is the reason fairy tales work on many levels; they’re creepy and fascinating. 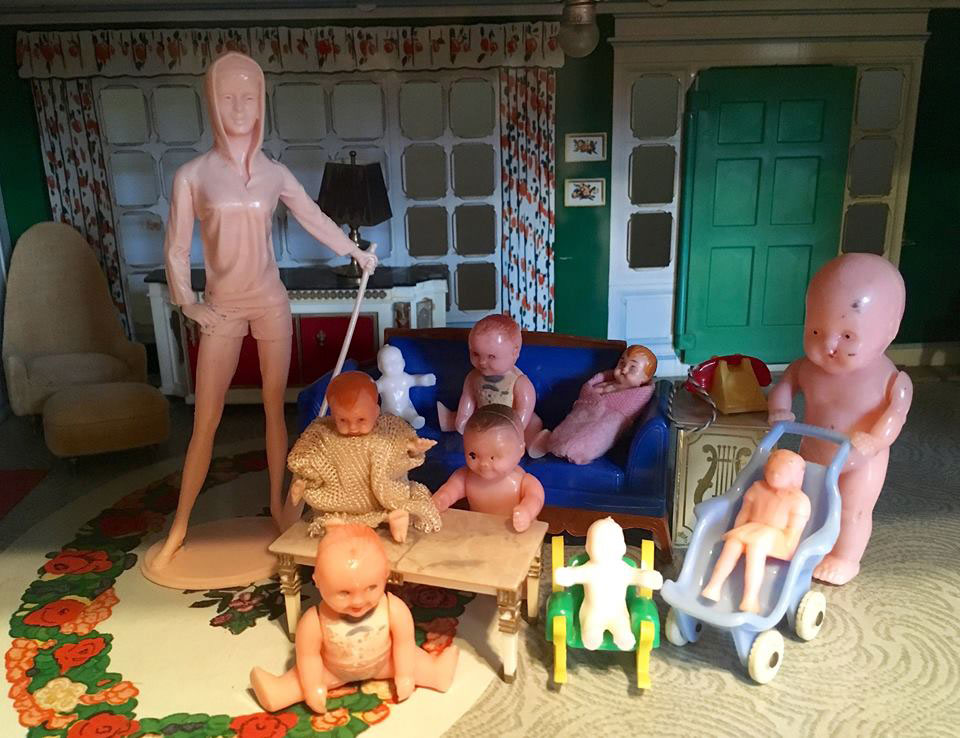 As a child, I often played with 1960s-era plastic dollhouse furniture at my grandmother’s house. There was no dollhouse, but I remember sitting cross-legged for hours arranging furniture into imagined rooms of an imagined house—my child-self trying to convey something I couldn’t yet put into words. I recognize now that I was creating tiny homes for myself because I felt displaced, felt an “otherness” in the home I was adopted into, apart from a family I otherwise loved, but that wasn’t my biological one.

This duality was something I didn’t understand at seven, but I do now, at 50. Is it any wonder that I returned to playing with dolls when I began to write seriously about my adoption?

Along the way, I bought a 1960s-era Louis Marx “Marxie” Mansion and began a project called The Dollhouse. At first, the play seemed simple and fun, but it soon became clear that I was creating worlds I could control: re-enacting my abandonment and that of my birthmother.

Recently, I viewed an exhibit of dollhouses through the decades called, “Small Stories:  At Home in the Dollhouse,”at The National Building Museum, and stayed to hear Dr. Ruth Westheimer, an avid dollhouse collector, talk with NPR’s Susan Stamberg. Westheimer was ten when she fled Nazi Germany to take refuge in a Swiss school with fifty other children. It later became an orphanage. She never saw her parents again. Her father died at Auschwitz, her mother went missing, and 1.5 million children perished in The Holocaust.

Dr. Ruth was twenty-eight when she came to the U.S., and when she could afford to, she commissioned her first dollhouse, built to represent her life before the war because she “wanted to preserve and reflect on the happy years of my childhood.”

“These are worlds we build for ourselves,” said Dr. Ruth. “With dollhouses I have control. I put the parents and the children there and they are going to stay there, they are safe, and they are together.”

Children play to control the world. Tiny themselves, they create even smaller worlds populated by figures, friends to have tea with, monsters to defeat, new microcosms to explore. My dollhouse allows me to create a world where women rule, at least on the 1:12 scale.

My dollhouse opened a portal to my child-self and allowed me to access adult feelings I’d largely been numb to—that being separated from my birthmother had legitimately traumatized me, and that the deep physical shame I felt about my body was the byproduct of the shame she had carried being nineteen, pregnant, and unwed in the ‘60s. This explains why my dolls, manufactured in the ‘60s, are hyper-sexualized and constrain their female citizens to Madonnas or Whores – a narrative I try to turn on its head. My dollhouse play made me aware that  I was the embodiment of that shame, but I’m now accepting that her shame wasn’t even mine to carry. 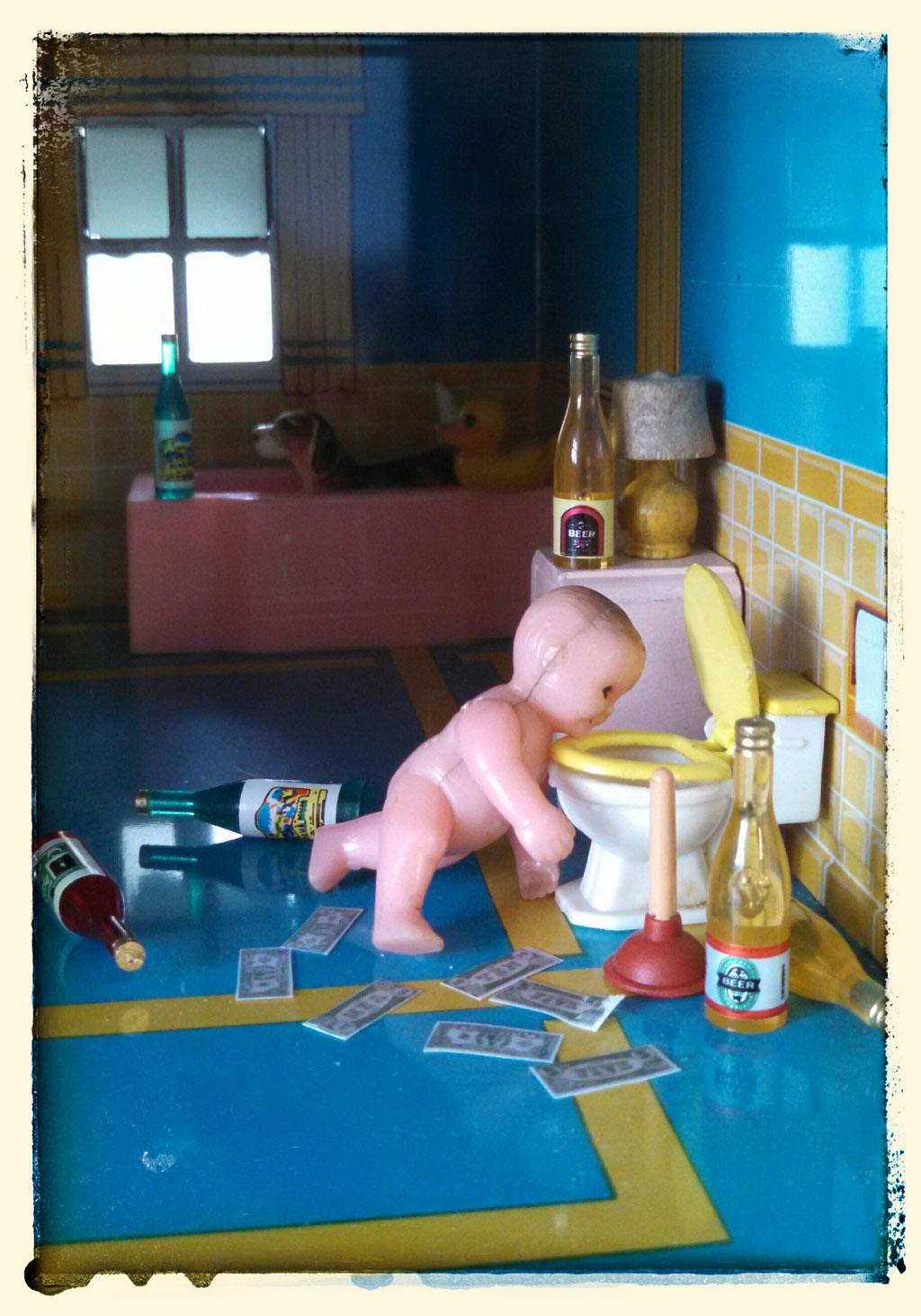 These are my truths that I uncovered through play. By staging scenes that were tiny utopias, whose protagonists were all female, I was also watching a metaphorical narrative unfold. The more I played with the dollhouse, and photographed the scenes I staged, the more I realized it was telling my story, so I began to listen harder to what it might be saying, and how I could translate that on the page.

When I learned at twenty-nine that my birthmother, pregnant with me, had been sent away to a home for unwed mothers—The Guild of the Infant Saviour, in Manhattan—I realized we had more in common than just the circumstance of my birth: we both had disappeared inside a fantasy world. Mine was tiny, imaginary, and voluntary; hers was real.

At an artist’s residency last summer, I became immersed in the writing of Carl Jung thanks to deep conversations with artists like Samira Abbassy, whose art also deals with duality, myth, mother figures, and shame. We were fellows at The Saltonstall Foundation for the Arts, whose founder had been a devotee of Jung. My studio was full of Jung’s books and I devoured them, particularly his work on the archetype of the abandoned child, and the “symbolism of symbols.”

For example, dolls and dollhouses may represent family and home, “a child’s self at regressed stages of development, and child-parent interactions and relationships.” The use of cameras “may depict a still frame of the play image to freeze the visual image as proof, validation, and confirmation of the memory.” According to Jung, this is how our unconscious reveals itself. This is what creative play can do. It can lubricate the mind and allow for the space needed to reveal and work through concerns, ideas, and trauma. 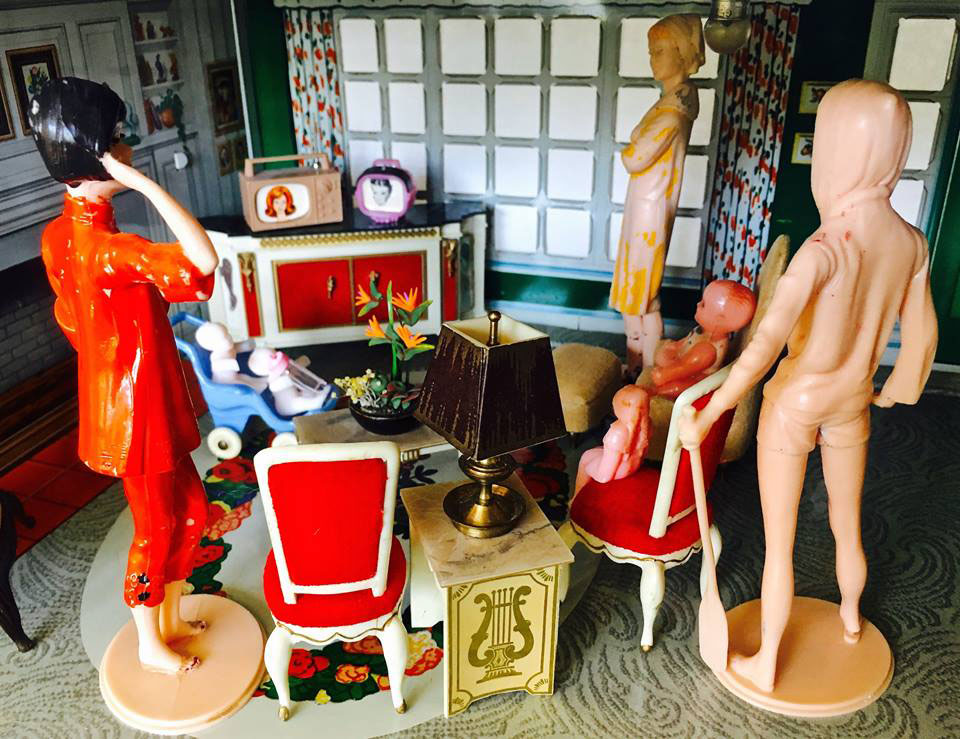 Playing in my Dollhouse has been important to my writing. The scenes, photos and videos I make match the imagery of the color Polaroid photographs of the 60s. I have a deep affinity for the babies, in particular. Staging a scene mimics the feeling of writing the first draft of an essay, achieving a mythic freedom on the page where my voice is alive and unconcerned with self-editing. I remember playing this way as a child, immersed in my fantasy world, and utterly happy. Children are metaphor makers and their language is play.

An unintended consequence is that play has allowed me to see in metaphor and to “play out” problematic issues in a safe space, before and during various writing stages. It’s freeing to transfer fear, anxiety, and sadness on to objects. Play creates a veil of anonymity that is a bit like writing under a pseudonym.

I write essays, which are exercises in interrogating my self. Most times I have no idea where an essay will take me, but diligently listen to what it’s telling me. In a similar vein I have no idea where The Dollhouse project is going. I simply play along. Ultimately, I aim to create some sort of hybrid narrative that connects the images with my in-progress essay collection, The Guild of the Infant Saviour. 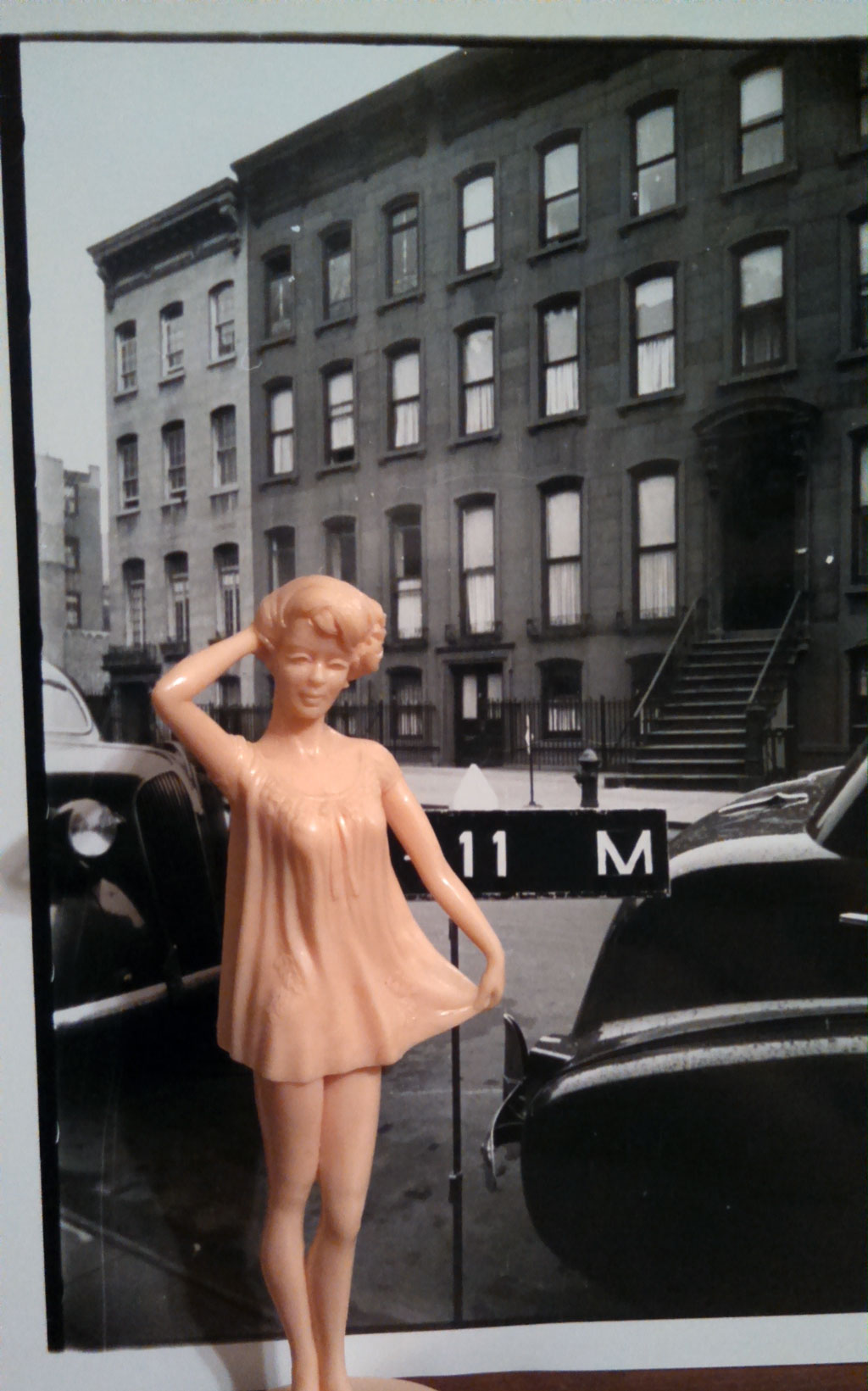 Doll posed over a photo of The Guild of the Infant Saviour, c. 1940s.

When I feel stuck on the page, instead of castigating myself, I cut out paper dolls, or stage scenes in my dollhouse. By photographing the scenes I can return to them later and ask myself what I was thinking and feeling at the time. What inspired me to do that thing? It has become a visual diary of sorts.

If you find yourself stuck, or need to get away from the page for a bit, or need a foil, a way to unpack feelings, or motivations for why you write, or help with character development, I encourage you to explore some form of play: Sketch, play with dolls, mold some clay, color something. Creative play can fuel your writing by freeing you from the fear of the blank page. It can open new ways to explore a subject. Play has helped me unlock ways of expressing the paradox of my identity as an adoptee, while exploring memory, trauma, erasure, and the myths and family lore that so heavily factor into my adoptive origin story. 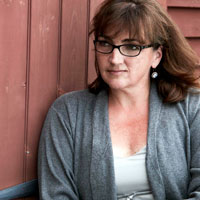 has earned fellowships from The Saltonstall Foundation and The Virginia Center for the Creative Arts. She is Director of the GIV/Young Writers Institute at Bennington College and a graduate of the Bennington Writing Seminars.