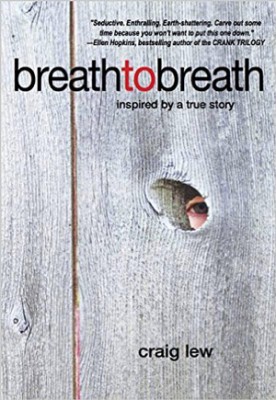 Seventeen-year-old William has been dealt a bad hand in life. Raised for as long as he can remember by his grandparents, Gramps dies and G’ma can’t take care of him, so William is shipped from Kansas to California to live with his estranged father. He has no real memories of his mother, except the fictionalized ones he makes up for his friends. And there’s this: he has a history of violence; he nearly killed someone in Kansas.

The novel unfolds like both a mystery and a coming-of-age story as he tries to come to an understanding of who he really is. Though violence seems to follow him, we learn that the violence has a reason; he saves a girl from being raped; he saves a boy from being beaten by bullies; he saves himself after being finger raped by the captain of the football team. Within the gray area surrounding all the violence lies the question: is there ever a time when violence is okay? Or at least understandable?

William’s sleep is haunted by nightmares of whales being hacked to death by faceless people and his waking moments are haunted by the vision of a four-year-old boy, Patches, who both reveals himself to William and hides from him just as quickly. On their initial meeting, the boy tells William that he is being sexually abused and, each time William catches a glimpse of the boy’s red shirt or hears his familiar giggle, he chases him in order to help him. The more William asks questions about him around the neighborhood, however, the less the boy seems to exist. And then there’s the mysterious blue-eyed dog that guides him, not only to Patches, but, to other people who need his help. 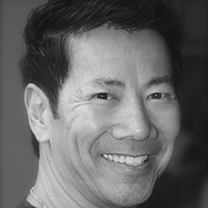 All these clues lead William to answers to questions he didn’t even realize he had—answers about who he really is and what happened to him. Ultimately, the dog leads William to the house where he believes Patches lives, the same place where he discovers that everything around him is familiar: the yellow sofa, the Persian rug, the lion’s foot claw table. His memories start to resurface, not like breadcrumbs, but like a tidal wave.

Patches isn’t a boy at all, but young William’s dog his mother forces him to abandon as a child, the same dog that guides present-day William. And the abused boy who haunts William’s periphery—well, it is William himself…the wounded boy begging to be heard, saved, and healed.

With the truth, William knows what he has to do; resort to the violence he knows in order to save his own life and the lives of others. Dubbed a hero by those around him, he starts to realize that violence wasn’t, and isn’t, the answer. He made a mistake. He knows the truth now; the darkness is within him because of what happened to him and it may never go away. But so is the light.

Throughout the book, William’s friend/girlfriend leads him to understand that he is an empath—that he feels and senses things more deeply than most—and that he has natural healing abilities. His empathic abilities allow him to forgive his father and even have compassion for his mother. William must face (and accept) his own darkness in order to fully become the healer he is. Awareness leads to understanding leads to the powerful act of choosing. Though the darkness surrounds him, it’s a guide that leads him to the truth of his own story, so then he can choose: compassion or revenge; holding his breath or exhaling; living or dying.

Breathing only happens
here and now. But breathing
is my decision.

And I decide to
breathe.

The novel in verse is Craig Lew’s debut for young adults. Verse can be a tricky form; its sparsity requires attention with every single word. Each one holds weight, importance, and purpose. And Lew does very well with this, especially considering the topics at hand: repressed memories, childhood sexual abuse, rape, even the fact that William is a natural-born healer. These topics, like the verse form, require that the reader pay attention.

William’s strong voice is solid from page one, mixed with all the confusion, anger, and hope of a kid who is trying to make sense of his own life. William’s character builds along with the increasing tension in the novel and this, along with the present-tense narrative, causes the reader to experience what happens to William intimately, as if we are right there with him.

There are potentially triggering moments in this story, especially for those who have experienced trauma themselves, and the story should be offered to those with trauma in their past with care. These “acts,” things that people would normally close their eyes to, are exposed here. And the author—and ultimately all victims of sexual abuse—offers these details because they are necessary, to not only shed light on the horrors that happen to victims, but, also, to show how strong these individuals are to survive and, ultimately, choose to live.

The miraculous aspect of this novel is that it is inspired by the true story of healer, William Lewis, who actually lived through these horrific events. The first book in a trilogy, the story of this man’s life will continue to unfold every November through 2017.

Intense, visceral, raw, and healing, this novel, simply put, is about a survivor, but, also, about the choices one makes to move past survival into fully embracing life, with all its ugliness and beauty, which oftentimes live side by side.

Heather Leah Huddleston earned her MFA in Creative Writing from Goddard College. When she’s not writing her own stories, or guiding others to theirs, you can find her on a yoga mat, dancing through life barefooted, listening to music (mostly heavy metal), or cuddling a furry friend, all in the name of the wonder-filled world of story.