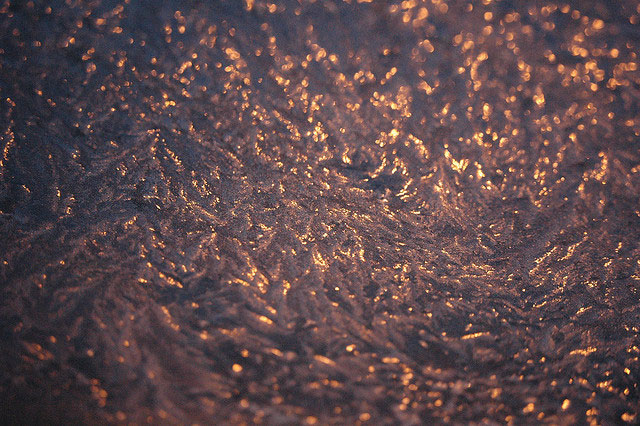 At a touch, the pane of ice jigsaws, cracks
To diamond scatter, hard cold clouds
Clustered against a mountain chain.
One large shard holds its shape, tracks
Its slow starfish way down the windshield, crowds
Out ever smaller nicks of ice. The rain
Will soon steal its contours, but for a while
It is my continent, rhododendron,
Moth wing, milk spill, embryo, no Atlantis
Or Antarctica, but a sunken isle
I’ve named Atlantica, frozen cauldron
Filled with snowstorms, a far home, locked atlas,
Fighting to recall the word and reclaim
Myself from a place that has taken my name. 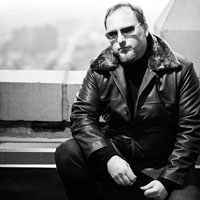 Ernest Hilbert is the author of two collections of poetry, Sixty Sonnets (2009) and All of You on the Good Earth (2013), as well as a spoken word album recorded with rock band and orchestra, Elegies & Laments, available from Pub Can Records. “Atlantica” will appear in his next book, Caligulan, which will be issued by Measure Press in hardcover in September 2015. He hosts the E-Verse Equinox Reading Series at Fergie’s Pub and works as an antiquarian book dealer in Philadelphia, where he lives with his wife, an archaeologist.