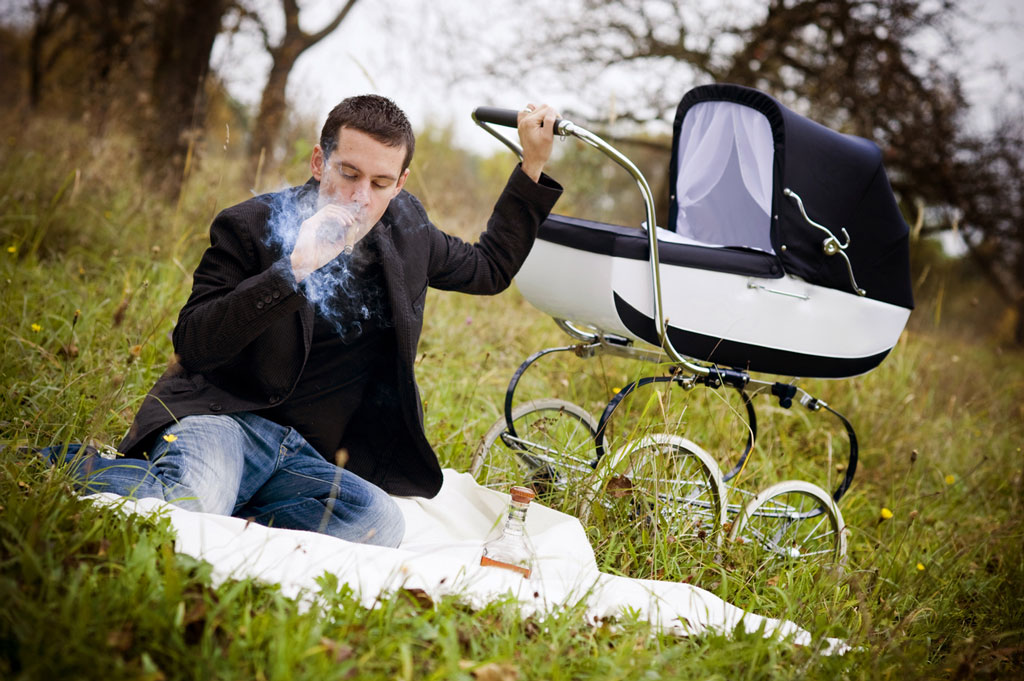 Can a writer be happy married to an accountant?

I don’t see why not. There are some very cultured and attractive accountants out there, and many of them are solvent. Marrying one might be a wise choice for a writer looking for love, companionship, and a steady household income.

But I assume that you have a specific accountant in mind, and I wonder whether your question isn’t really a sign that you’re afraid he or she isn’t exciting, supportive, or intellectually compatible enough to make you happy. If that is what concerns you, I certainly would not rush into marriage. But don’t rule out a whole profession while you’re at it—maybe the next accountant you come across will thrill you and inspire your best work, and you will find yourself downright eager to share a life, a home, and perhaps a Cadillac health insurance plan from the accounting firm with your entrancing new C.P.A.

I am five months pregnant. My partner and are both very happy about it. We have been together for several years and consider ourselves a stable couple. There is only one serious source of conflict right now: I gave up smoking a year ago when we decided to start trying to have a kid, and he still smokes. Lately the second-hand smoke has been making me sick to my stomach. He always goes out on the balcony when I ask him, unless it is raining or something. But he never just does it on his own. He does not have any plans to quit smoking, and I am worried about the baby. What should I do?

You should encourage him—not nag him, since that rarely if ever works—to give up smoking entirely. It is hard to think of a better time for him to quit than now, when he has the most compelling possible reason, and a whole new life and set of responsibilities ahead of him. I suspect that this is a long shot, and that you and his mom and his doctor and maybe an ex or two have already tried and failed to get him to quit. Do try again, though, if you think there is any chance at all.

If he can’t or won’t stop smoking entirely, you owe it to the baby to draw a line: there can be no smoking that may affect your child’s health, starting now. That means, at a minimum, that he can never expose your child—or you, while you are pregnant or nursing—to second-hand smoke. No smoking in any enclosed spaces, no smoking near you or your child even when you are outside. The evidence is clear that exposing kids or pregnant women to cigarette smoke is a form of child endangerment, and should be treated as such.

From his needing to be asked before he steps outside, and his feeling entitled to smoke indoors on rainy days, it’s obvious that he is not taking these health risks as seriously as he should—to say nothing of his apparent nonchalance about making you gag. You may be in for some tense conversations, even some conflict. But stand firm. A little unpleasantness beats a child with low birth weight, asthma, lung infections, and increased risk for grave or even fatal illnesses later in life.

It might help to take your partner with you to your next prenatal visit and have him hear about these prenatal and childhood risks from a health professional. If you think you can trust your provider’s good sense and discretion, consider calling in advance to make sure somebody other than you raises the subject and speaks about it forcefully and at length.

I really don’t think there is any room for debate when the issue concerns second-hand smoke and a baby, child, or pregnant woman—or any unwilling third party, for that matter. But some questions remain.

One is the matter of third-hand smoke, which is how some concerned health experts refer to smoking residue. There is mounting evidence that the smoke that collects on clothes, hair, rugs, furniture, and smokers themselves can be an irritant to healthy adults and pose a very serious risk to young children and to people of all ages who already have asthma or other lung problems. I am no authority on this, but you may want to look into it and consult your provider. You may decide that, as long as your partner is still smoking, your household will be doing lots of laundry and rug cleaning, taking down curtains, using air-purifiers, and keeping the place smoke-free even when your husband is alone there. More tense discussions, and more hard choices, may await you.

Another issue is how much second-hand smoke you’re personally willing to tolerate outside the home after your baby is weaned. I don’t feel that I know enough about your health, your relationship with your partner, or your values to advise you here. It would be great if, knowing that you would just as soon not risk getting sick yourself, your partner would simply decide never to smoke in your presence again. If that doesn’t happen, you will have to make some decisions, either case-by-case or by establishing some general rules. As a former smoker, I can sort of—but only sort of: memories of how addiction feels tend to fade—understand how your partner might resent your never letting him smoke around you even when you’re both at a party, or huddling in a doorway, or sitting in a ward committee room, or wherever people still smoke these days. After all, you knew he was a smoker when you got together, and you shared the habit for several years. There are many sensible answers if he expresses his resentment, but being sensible isn’t much of a match for addiction, or even desire.

Good luck to you and your growing family. I hope that, even if he cannot make himself give up cigarettes entirely just yet, you and your partner can agree on rules that will keep your home safer. With luck, these rules will also have the effect of making him smoke less and less as time goes on—until his son or daughter is old enough to look up at him with enormous teary eyes and shame him into quitting for good. 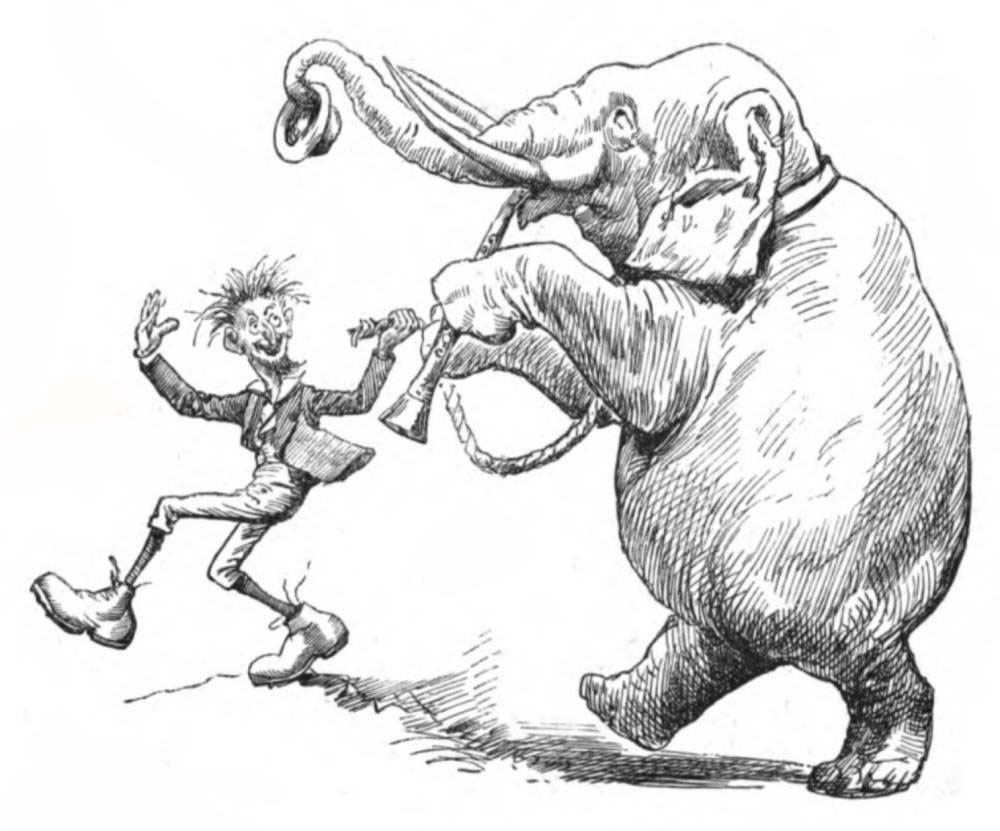 Thanks for the list of favorite poems. I really appreciated most of your choices. But Lewis Carroll? Seriously?? And no Dante, Chaucer, or Pushkin? Not even William Carlos Williams?

—A Fan in Frankford (Again)

I do understand. Bear in mind, however, that we were talking about a few of my favorite poems, not the ten best poems of all time.

And did you even read “The Hunting of the Snark?” I’m not sure about Dante or Pushkin, but Chaucer would definitely have loved it. Furthermore, consider this Lewis Carroll stanza:

He thought he saw an Elephant,
That practiced on a fife;
He looked again, and found it was
A letter from his wife.
‘At length I realise,’ he said,
‘The bitterness of life!’

As an encapsulation of the human condition, you have to admit that those six lines are right up there with Williams’ red wheelbarrow.

Now—as Carroll writes in “You are old, Father William”—be off, or I’ll kick you downstairs!

Image credits: iStockphoto (no babies were harmed in the making of this photo!) and (for the Lewis Carroll illustration) Hathi Digital Library Trust, Pennsylvania State University