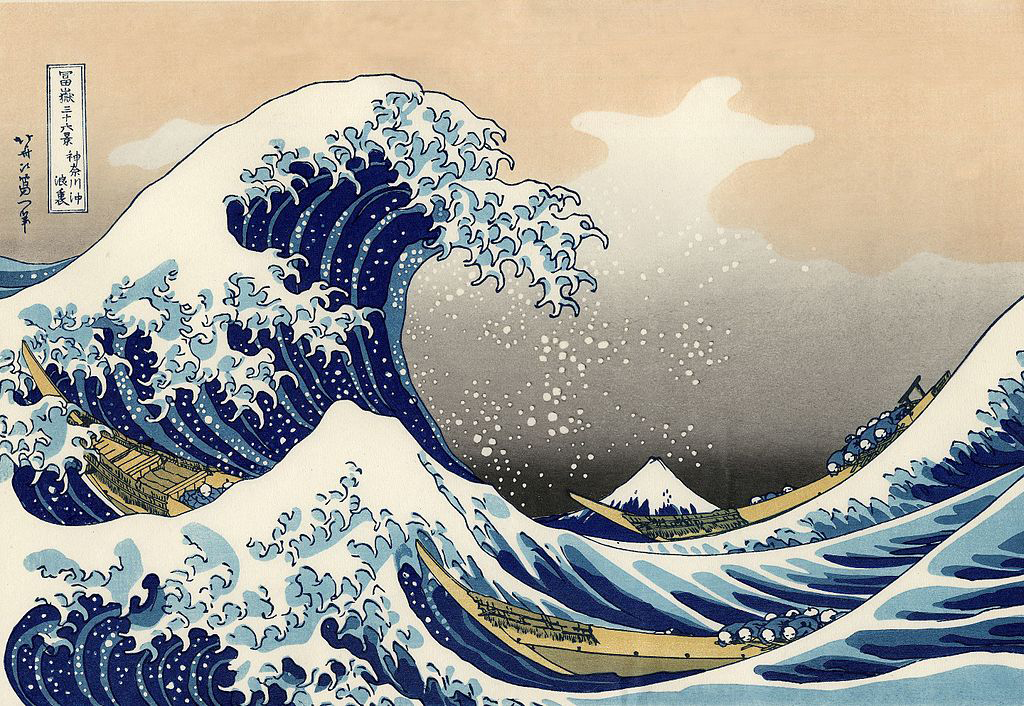 APOCALYPSE THEN
by Sahalie Angell Martin

On July 20, 2015, an article appeared in The New Yorker detailing the specific ways in which my hometown will be wiped off the face of the earth.

The article, entitled “The Really Big One,” described an earthquake that is due to devastate the Pacific Northwest within the next fifty years. Everything west of Interstate 5 will disappear, including my own city of Eugene as well as most of the major population hubs in Oregon. The piece was well-researched, visceral, and packed the hard-facts punch of any other apocalyptic warning: Billions will die. Cities will burn. Don’t bother with the hazmat suits.

I called my mom later that day and told her about the article. She asked me what she was supposed to do about it.

“You can always tell Dad not to bother building the guest house,” I said. “Apparently the ground’s gonna liquefy somehow.”

“We’ll need another structure out there, then,” she said, “since neither your father or your brother can swim.”

I reminded her that I couldn’t, either.

What most people don’t realize about Oregon is that east of the Cascades, the trees are replaced by desert. We’ve set our cities in the trees, but desolation is second nature to us, always just across the mountains. Maybe that’s why we didn’t panic when the rest of the country told us we were doomed. We are used to living with ghosts. It wasn’t until I left home that I learned how Oregon has the most ghost towns of any state. Most of them are old mining towns that were abandoned after the gold dried up. Some of them just suffered from regional isolation to the point where nobody realized they were empty: the town of Millican, whose last known resident was murdered in the eighties, was completely deserted for twelve years until the land transferred hands and people had reason to set foot there again.

After the Really Big One, I imagine that the ghosts will outnumber the people. Massless spirits will drift from the cactus to the evergreens. The rest of the country will ask why we didn’t leave, and they will not get an answer, except perhaps that we would rather die here than live wondering if we could have stayed, and that when wind blows through a ghost town, it sounds like singing.

According to the article, the destruction of my home will start with a violent shaking of the earth that would last around four minutes. The evergreens, deemed our state tree on the sole basis that there are more of them than there are people, will bend, break, and flatten, laying themselves against the sloping hills that line the Willamette Valley. My barn will collapse with yelling animals inside—when goats scream, they sound like children. Then the electric grid will go down, plunging the region into darkness as buildings collapse and shatter, flames bursting out of heat-trapped combustions and consuming the timber towns whole.

During earthquake drills in elementary school, they always told us to hide under our desks, or better, to stand in a doorway so that the structure wouldn’t collapse. This got harder and harder as we got older, trying to fold our unruly limbs and budding hips under single desks. I remember being caught on my way back from the bathroom one day when the alarms went off, bracing myself against the doorframe from the imaginary tremors, watching my gangly and awkward classmates tuck into themselves. We were always worried that someone would see our underwear peak over the waistbands of our jeans, worried that nonexistent glass would stick into the tracks of our shoes. We were not worried about earthquakes. Those were for California, for the heat we imagined could pucker the sidewalks. In high school, the end of the world comes every day.

Next, the water will rise, one hundred–foot waves swallowing the coastlines. Towns with names that taste like sand will be swept out with the tide—Seaside, Yachats, Coquille, Bandon. Tiny beachside shacks on stilts and cramped souvenir shops will crumble into the sea, snow globes and saltwater taffy washed out to shore. The campground where my friends and I went the summer after graduation will be marked by a few water taps in the sand, memories of rushing topless into the surf hushed in favor of memorial.

Here is what I imagine will be left: a polished bronze plaque in Yachats that my school erected when I was fifteen in memory of two drowned boys. The plaque reads, “The Ocean Is A Treacherous Wonder.” After the flood, their deaths would be two in millions.

Before the boys died, I had no concept that disaster could happen close to me. Even now, I wonder if my lack of real fear is an indication that I just cannot comprehend destruction.

I’m told that when tall waves come, they look like skyline.

In the article in The New Yorker, the author invites you to simulate with your hands the fault lines under the earth, to push your fingers together and watch the ground buckle into mountains and floods. You are invited to reduce the wildest, darkest part of the country into knucklebones. You are kindly invited to simulate disaster.

When I was sixteen, a friend and I earned volunteer hours training EMTs with imaginary emergencies. We pretended to be victims of an earthquake, letting professional makeup artists bloody up our faces and spare t-shirts so hapless trainees could take our vitals and ask us questions: can you hear me, can you see me, what is your name, can you let go of your friend’s hand.

The first time, they dripped syrupy blood all over my face and assigned me dead, telling my friend she was supposed to hold me. They told us to make it harder on the trainees by speaking another language, if we knew one. I tried not to blink and listened to her plead with the trainees while my fellow volunteers wailed enthusiastically around us.

The earthquake will only be an estimated four minutes, but the repercussions will ricochet across the region for centuries. Chances are that I will not be at home when it hits, but that I will fly back when I can, surveying the desolation from above. It will be up to me to imagine what took place during those four minutes, although by then I will have pictured them over and over already, and there will be news footage to help me along. Chances are, I will no longer be able to claim the event as something that happened to me, but something that happened to my home, as if they were separate things. This is why I think the Richter scale is logarithmic instead of linear: you can’t trace the steps of a disaster, only calculate the harm done by the end.

According to my boyfriend, we should all just leave.

“Now I know not to move to the Pacific Northwest,” he said when I told him.

“I mean, maybe,” he said, looking uncomfortable. “I could never quite relax.”

My East Coast friends had mostly the same reaction—get out, get moving, get gone. What they don’t realize is that growing up in the West, we knew this was a possibility long before The New Yorker told us it was. We’ve put our roots deep anyway, hoping maybe that when the storm comes, we can just redouble our grip. My friend from California likens it to global warming—“We knew it was going to happen. It doesn’t mean we’re going to do anything about it. It doesn’t mean we’re going to stop living just because we might die.” 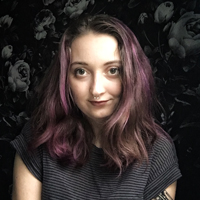 Sahalie Angell Martin is a recent graduate of Emerson College, where she earned a BFA. in writing. Her work has been published in multiple Emerson-based literary magazines, the underground, and Oregon Poetic Voices. Her collection of short stories, Venetian Blue and Other Obscene Colors, was published by Wilde Press in 2016. A native of Oregon, she currently lives in Boston and can be found online at sahalieangellmartin.com and @sahalieangell.