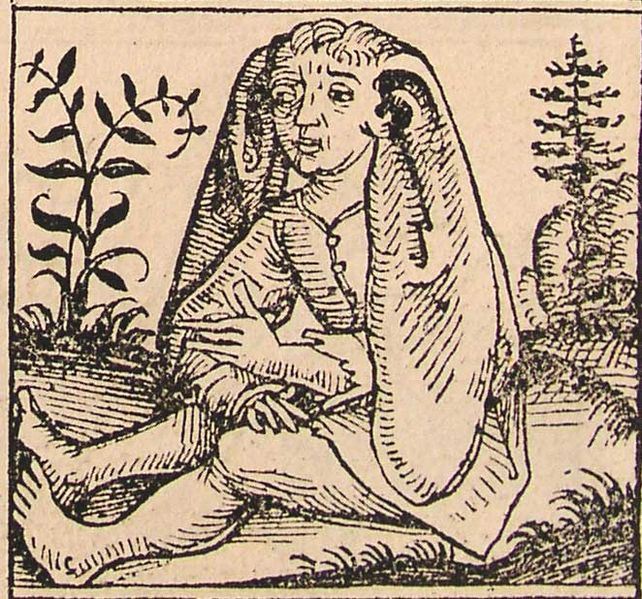 ALL EARS
by Rick Bailey

A few weeks ago my father woke up almost totally deaf.

He already had a significant deficit. For years he has worn hearing aids. One for each ear, they are a microphone, amplifier, and loudspeaker all in one small plastic device the color of ear wax. He pokes at them with his index finger to dial the volume up and down. He changes their batteries with the same ethic of care that he rotates the tires on his car. More often than not, through most of a conversation, they feedback and squeal like a miniature PA system. A sound anyone in the room can hear. He does not.

This deafness, I suspect, is in his genes. His mother was similarly deaf. But while my father has always been open about hearing loss, my grandmother was more of a covert deaf person. When you spoke to her and she inevitably did not hear what you said, she would act like she had heard at least some of it.

It’s been warm for October, don’t you think?

The what? she would say.

The morning my father woke mostly deaf, he sent out an email distress signal. I can’t hear. Later he called me on his cell phone. We tried to talk. “I can’t hear anything, son,” he said. I heard in his voice a tone I’d never heard before, a combination of perplexity, fear, and grief.

That day he drove himself to his ear doctor, reassuring me, and himself, that it was a matter of routine maintenance. “I get clogged up,” he said. “I’ll just have him rinse out some of the crud. He did it once before.”

Late that afternoon he called again.

WHAT DID THE DOCTOR SAY?

“I don’t know what he said. I couldn’t hear him. But he’s going to operate on my ears in two weeks.”

WHAT FOR? TO DO WHAT?

“Operate in the office.”

A few days later, I drive the ninety minutes north to his house to pick him up. We’re going to see the doctor, this time with a pair of functioning ears, to find out what’s wrong and what the doctor proposes to do about it. In person, I discover, my father’s hearing is even worse than it is on the phone. On the kitchen table are scraps of paper where Jackie, his helping lady, has written notes to him. I thawed a meatloaf for you. The oven cleaning will be done by 3:00. You may smell something.

I write him a note too. No procedure today. Conference with the doctor.

When I turn the key in the ignition, the radio comes on in a blast, at full volume. It’s so loud I duck. He doesn’t notice when I turn it off. He puts on his giant black old-guy wrap-around sunglasses, fastens his seatbelt, and we make the silent ride across the river, through town, down the five-lane road, toward Saginaw. I tell him it’s cold, just to make conversation.

Four inches from his left ear, I holler my meteorological observation.

He nods. “Just past the Catholic church on State Street,” he yells. “On the left.”

Years ago my wife and I visited an ear, nose, and throat doctor for a thyroid condition she had. His diagnosis was that her thyroid was sick, that it would continue to be sick for three months, that she could take steroids or aspirin for pain (she chose aspirin), and that eventually, with no active doctoring on his part, her thyroid would start to feel better, which it did. Twice when we went for appointments, the same little girl was there to have her cleft palate worked on. And both times, from the interior of the office, came her blood-curdling screams, sounds so awful, so harrowing, I would have been grateful to be made temporarily deaf.

At the office on State Street I drop my father off at the front door and go park the car. He checks in and takes a seat. While we wait our turn to see the doctor, he offers a number of conversation starters.

“Alfreda called today,” he yells. “She talked to Jackie.”

Next to the door, a woman and her daughter chat quietly while they wait. The little girl looks pleased to have been taken out of school. Whatever’s wrong with them, it’s not their hearing. Sitting a few seats over from us is another father and son team.

“The physical therapist comes Friday,” my father yells a few minutes later. “Boy she gives me a workout.”

The receptionist, hearing this, starts to giggle. I nod and smile at her, then gesture for him to keep his voice down just a little. He holds up a finger, indicating he understands, then closes his eyes and puts his head back. It’s March, and the office’s Christmas decorations are still up. From the sound system in the ceiling comes Christian rock, barely audible. There’s a lot of traffic noise as cars swish past the office. It’s the traffic that causes me to remember: he can’t hear. I wonder if it’s conventional to have music in an office for people with hearing problems.

On a clipboard I borrow from the receptionist, I write a few notes for him.

The doctor may want to put tubes in your ears.

“Floyd had tubes put it,” he yells. There’s no stopping him.

Did it help? I write.

”It’s hard to get a straight answer from him,” he yells in reply. He closes his eyes again, pondering Floyd’s or his situation. Just then the other father and son are called for their appointment. The son stands and waits as his father, like mine, lifts his whole body out of the chair, pauses, straightens it out, and with the help of a cane pushes himself mostly upright and achieves equilibrium. He waits a second or two, making sure he’s steady, then takes a step.

Our turn comes. The doctor shakes my hand when he comes in the examining room. He has a thick bristly mustache. He is burly and prematurely gray and diffident, almost ill at ease. He’s assisted by a thin woman between fifty and seventy with lots of suntan make-up and hair that looks like a wig. Her gaze that follows the doctor is nothing if not adoring. Wearing a white shirt with a bad tie, and baggy black stay-press pants, he seems like a hesitant Wilford Brimley. He looks in my father’s ears, asks how he feels in a soft voice–he better than anyone knows shouting is futile–and explains what he thinks we should do. My father gives him a look that’s more blank than encouraging.

“He doesn’t read lips very well,” the doctor says, turning to me.

“You have a mustache,” I say. He smiles, taking it as a joke, which is not how I intended it.

The doctor shows me a graph that charts my father’s hearing loss. He’s just lost more than half of what little he had left, probably, the doctor says, because of an infection. He wants to make a little incision in each ear drum, drain off the fluid, put in some tubes.

“Will he get his hearing back?” I ask.

He says he thinks the tubes should help. We shake on it, his assistant schedules the procedure, goes over the details with me, while my father looks on. I’ll explain everything in an email, I write on the clipboard.

In the car, on the way back to his house, he yells over at me, “Did you have to take a none-of-your-business day to come with me to the doctor?” I tell him it’s okay. What are those days for, anyway? He shakes his head. It kills him just a little to accept so much help. The doctor, he shouts, is a portly chap. He smiles, holds out his hands to outline the doctor’s girth. A few miles down the road he breaks the silence again. Tomorrow, he says, he’s going to work on his garden tractor, get it ready for summer.

Time or tubes. I’ll explain that in an email or maybe on one of Jackie’s scraps of paper.

This car, he says, has a nice quiet ride. He looks across the dash, toward what happens next, toward home, obviously pleased with this little witticism. I think: tell me another one, dad. I’m all ears. 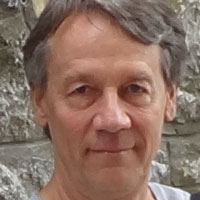 Rick Bailey’s essays have appeared in The Writer’s Workshop Review, Journal of Microliterature, Ragazine.cc, Defenestration, and Drunk Monkeys among other publications. He grew up in a one-stoplight town in the Michigan farm belt, then moved to the Detroit area, where he teaches writing at Henry Ford Community College.