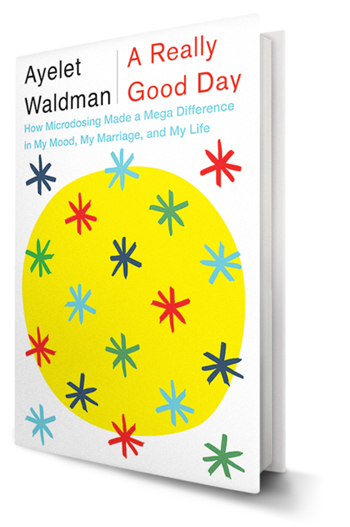 Over the past five years, rigorously-designed clinical research trials of the drug psilocybin, published in top tier journals such as Neuropsychopharmacology and elsewhere, have steadily pointed the way to the therapeutic potential of hallucinogens in psychiatry—along with National Institute for Mental Health-funded ketamine trials leading to standard outpatient clinics now offering “ketamine infusion” for patients whose depression has not responded to multiple other drugs, and in many cases, not responded to electroconvulsive therapy (ECT) or even deep brain stimulation (DBS) where electrodes are placed into brain regions in an awake subject resulting in relief from crippling, often suicidal depression.

What could compel someone to be desperate enough to try such treatments? The alternative: the urge to commit suicide. The American Foundation for Suicide Prevention estimates that nearly 45,000 Americans die from suicide each year; suicide is ranked as the tenth most common cause of death in the U.S. Yet relatively few popular and critically acclaimed novelists have been generous and brave enough to write about their personal struggles with suicidal ideation and ongoing contemplation of the act. Ayelet Waldman, a prolific and visible author whose novel Love and Other Impossible Pursuits was made into a searing film directed by Don Roos and starring Natalie Portman, and whose memoir Bad Mother was a New York Times bestseller, is one of these few. Notably, more male novelists (e.g., William Styron, Augusten Burroughs) have ventured into the territory, though Alice Sebold’s stark narrative of her psychological symptoms following her rape also made a significant step forward for disclosure and destigmatization. The particular courage of Waldman’s admission of intense suicidality, however, reflects the profound stigma attached to women with children disclosing any form of mental health issues. In support of the courage of her disclosure, I interviewed her one evening in January over the phone, with follow-ups by email. The following is an edited transcript of our conversation.—CB

Chaya Bhuvaneswar: In many essays, as well as the recent memoir, A Really Good Day, in which you describe the symptoms that led to your exploration of micro-doses of LSD (lysergic acid diethylamide), you are so frank and raw in your discussion of your bipolar II diagnosis. I’m interested in the connection between bipolarity and confidence in one’s own judgment—can you speak about having that confidence, any processes involved in building it? What can you say to people with mental health diagnoses who are seeking to build that confidence in themselves that is durable through episodes of being told their “judgment is off,” that they shouldn’t trust themselves?

Ayelet Waldman: That’s really, really—this applies to so many things. If you suffer from a mental illness, there are times when your judgment can be wrong, times when you are acting from a place of emotion mind rather than a place of wise mind, and you’re so emotionally dysregulating, that you’re not making choices that even you yourself would make under different circumstances. But it’s also true that nobody knows the inside of your head as well as you do. So, there are other times you are the best judge of what works for you. It’s all of life being dialectic. Balancing back and forth on that’s bipolarity. Somewhere in the middle between trusting your own intuition and the feeling that you are acting in wise mind and balancing emotional truth vs. hyperrational truth.

If you suffer from a mental illness, there are times when your judgment can be wrong, times when you are acting from a place of emotion mind rather than a place of wise mind, and you’re so emotionally dysregulating, that you’re not making choices that even you yourself would make under different circumstances. But it’s also true that nobody knows the inside of your head as well as you do. So, there are other times you are the best judge of what works for you. It’s all of life being dialectic.

CB: What was it like incorporating a kind of ‘mood diary’ into the book, where you had to in large part be judging whether the micro-dosing was helping you stay stable or not?

AW: What every single patient does—you have to have self-respect— everybody’s medication changes all the time. So it’s good to have a tool that you could use to evaluate the utility of the medication beyond the kind of retrospective necessity that doesn’t take into account all the things you forgot over the course of the month, i.e. there was an earthquake and I woke up, and I had a really shitty night, and understand and evaluate your reactions in a way you can’t if you’re not tracking. One of the ways I assessed whether [the micro-dosing] was working was how many words did I write—how productive was I. How many words I wrote every day. And that was a really effective tool for me. My feeling of mastery of my work life, productivity, sense of usefulness in the word. Was it 96 or 96,000? Flow—if I hadn’t been paying attention to one of the tools I wouldn’t have appreciated that I was in a place of flow so often, astonishing and wonderful place in there. The place of flow is the positive part of bipolarity.

Flow—if I hadn’t been paying attention to one of the tools I wouldn’t have appreciated that I was in a place of flow so often, astonishing and wonderful place in there. The place of flow is the positive part of bipolarity.

CB: Can you also speak to how Love and Other Impossible Pursuits addressed the stigma of postpartum depression, like the character of Emilia, a character I really loved, was suffering from?

AW: I really wrote it to give myself a search for a kind of community. [It illustrated how writing can be put to work] to find your friend, confessor, therapist, to work through issues.

CB: I also thought the character of William, Emilia’s foster son, is an equally important, incredible character. William’s precociousness and vulnerability really come through. When you were writing the book, how did you feel about William? Can you talk about how the character evolved?

AW: I kind of—I saw the book as a love story. Always. Always seemed to me to be a love story. A love story about maternal love. Think Katherine Hepburn—Spencer Tracy. They hate each other and love each other in the end. And I really saw the book in that way. About these two people, stepmother, and stepson and ultimately made for each other, beshert. I always knew that was happening.

CB: You synthesize scientific information so beautifully. Had you read and done that for postpartum depression scientific literature before writing the book? Did you do research for Emilia’s character?

AW: I think it was mostly from just myself and in my dead baby group, a support group for people who had terminated a pregnancy for genetic reasons like I did. It was terrific.

CB: The character of Carolyn is a revelation.

AW: It’s always you and not you. She was way more than an imaginary me. That was how I would react if my husband left me, but then I’m not like a caricature. I based her on a real person. That scene in the classroom where she tore up the picture? That really happened to a friend of mine with the mother of her stepson. But that isn’t the complete story. She is ultimately is a human being. She is also a physician has skills and the sense of a vocation.

CB: Did you worry about Emilia being likable vs. unlikable?

AW:  They always say that. People say that she’s an unlikeable character. There was a narrative that she was an unlikable character but that was sort of the point. But I was sort of disappointed by it, it wasn’t that I was surprised by that reaction to her. Women’s characters are expected to be likable.

CB: Can you speak more about the concept of “destined”—beshert as this certainty.

The only thing that matters is the work you do. It’s nice to have a narrative of beshert. It’s useful to have as a model in a long marriage. That kind of can float you through difficult times.

CB: What are you working on next??

AW: I have another novel that I’m struggling with. And other television and film projects that haven’t been announced yet. 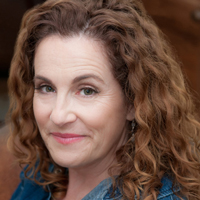 Ayelet Waldman is the author of A Really Good Day: How Microdosing Made a Mega Difference in My Mood, My Marriage, and My Life, the novels Love and Treasure, Red Hook Road, Love and Other Impossible Pursuits, and Daughter’s Keeper, as well as of the essay collection Bad Mother: A Chronicle of Maternal Crimes, Minor Calamities, and Occasional Moments of Grace and the Mommy-Track Mystery series. She is the editor of Inside This Place, Not of It: Narratives from Women’s Prisons and of the forthcoming Kingdom of Olives and Ash: Writers Confront the Occupation. She was a Federal public defender and an adjunct professor at the UC Berkeley law school where she developed and taught a course on the legal implications of the War on Drugs. She lives in Berkeley, California, with her husband, Michael Chabon, and their four children. 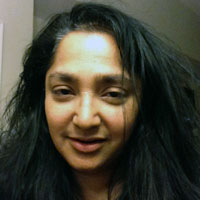 Chaya Bhuvaneswar’s work is forthcoming or has appeared in Narrative Magazine, The Awl, Narrative Northeast, aaduna, Michigan Quarterly Review, Notre Dame Review, Asian American Literary Review, Compose, Redux, The Write Launch, Del Sol Review, Bangalore Review, Blue Lake Review, Nimrod, jellyfish review, and Santa Fe Writers Project. Her fiction has been anthologized in Her Mother’s Ashes 2: Stories by South Asian Women in the US and Canada, and she is a blog contributor to aaduna, as well as Michigan Quarterly Review. Follow her on Twitter @chayab77.