The funeral was flowerless. Every early spring bloom had been expropriated by the KGB for their boss. Scarcely forty people dared show up. Charged with counter-revolutionary bourgeois tendencies, tormented and shunned by the Composers Union, his wife and sons held hostage in Siberia, he composed wretched anthems to power plants and worse, Zdravitsa. It was a case of write our der’mo or die. Nevertheless, masterworks of “anti-democratic formalism” continued to pour forth. His meager stipend was cut; he very nearly starved. Given another decade and he might have sluiced out all that filth with a flood of new symphonies, freshets of ballets; but the tyrant outlived him. A stroke felled him and then, only fifty minutes later, with surpassing irony, the other.

I like to imagine all those grief-stricken Muscovites in the grainy newsreels, ten deep on the ugly sidewalks, shedding their Russian tears for Sergei Prokofiev, only pretending to weep for Comrade Stalin. What could the secret police do, even if they were not deceived? They too would have feared for their jobs, their families, their lives. More purges or more liberty—either could spell ruin for them. Besides, some of those cunning thugs must also have loved Romeo and Juliet, been moved by the mighty Fifth Symphony or, at least, had children delighted by Peter and the Wolf. I’m told all Russians revered their high culture in those bleak days, the way only a people who murder their artists can. They say you could accost anybody on the Nevsky Prospekt and demand fifty lines of Pushkin without being once disappointed.

A dispute breaks out. He brought us through the war, cries a babushka. He watched over everything, knew how many shoelaces to make, how many tanks. He was our father, our son, strict and vigilant. Whatever will we do now? A bony man in an old greatcoat retorts: Spare us your vigilant monsters. Listen. He went abroad yet returned. He experimented, composed whatever he wished; he could be by turns acerbic, savage, lyrical. He might have made a good life for himself in Paris, turned into Serge; yet he came back, back to us. And not just for our birches and mushrooms.

Today, we listen rapt to the energetic Third Piano Concerto, marvel at the clever Classical Symphony, buy tickets for the latest incarnation of Cinderella. And, as we relish the buoyant Flute Sonata, composed just months before the bloody tide was turned at Stalingrad, we forget what lies on history’s dust heap. 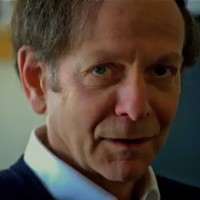 Robert Wexelblatt is professor of humanities at Boston University’s College of General Studies. He has published essays, stories, and poems in a wide variety of journals, two story collections, Life in the Temperate Zone and The Decline of Our Neighborhood, and a book of essays, Professors at Play. His novel, Zublinka Among Women, won the Indie Book Awards First Prize for Fiction. His most recent book is a short novel, Losses.