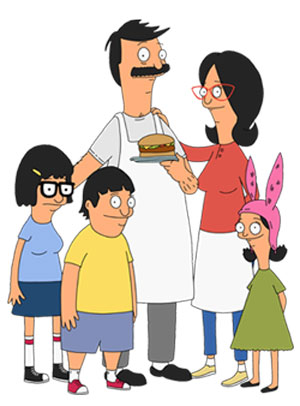 Sterling Archer is a James Bond parody working at an inept spy agency. He’s wildly narcissistic, a barely-functioning alcoholic, a womanizing braggart whose skill as a secret agent is—as he constantly reminds everyone around him—nonetheless legendary. He is, above all, a terrible person. For example, we often find him planning to inflict bizarre punishments on his servant Woodhouse—the man who raised him in his mother’s absence—for minor failings. (“[Woodhouse] thinks he’s people!” “I have to go make an old man eat a bowl of cobwebs”). Woodhouse, for his part, is a fawning servant and a hardened heroin addict. He also has no qualms about knocking Archer unconscious and blaming somebody else—he assures us he’s done it plenty of times. And Woodhouse is probably the most honorable person in the show.

If all this sounds really dark—it is. What’s odd, though, is that the show is consistently laugh-out-loud funny. And strangely, the darkness isn’t particularly troubling: somehow, the fact that feeble old Woodhouse is shooting up isn’t tragic—it’s hilarious.

Then there’s Bob’s Burgers. Here, Benjamin voices Bob, a struggling small-business owner running the titular burger joint with his wife and kids. Where Archer is muscular, dressed to the nines, and almost super-heroic in his combat skills (think of a drunken Jason Bourne), Bob is beer-bellied, hairy, and always appears in an unassuming white T-shirt. He has an average family, an average job, an average appearance, an average name—the archetypal everyman. The plotlines focus on the family as a family. Though the characters are tested by bizarre circumstances—a robber who dreams of being a Broadway star or a documentarian determined to convince Bob of the evils of eating meat by making him befriend Moolissa, a cow in a wig—the familial tensions that arise are soon resolved and the strength of their bond is reasserted.

The biggest differences between the shows, though, are the underlying assumptions of their universes and, as a result, what the shows implicitly ask of their audiences.

Bob’s Burgers asks for empathy. For all their oddities, the central characters are still presented as human. Strange things happen, but this ordinary family nonetheless remains an ordinary family, and we’re asked to understand them as such. 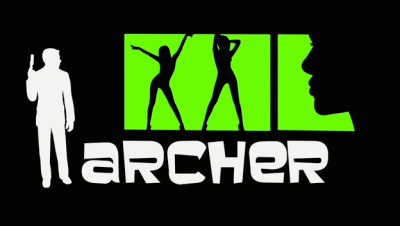 Archer, on the other hand, makes no such claim on the audience’s empathy. The characters are so absurd that we’re never really asked to see them as people. Archer’s universe is much more nihilistic: terrible things happen to the characters, but none of it really matters, because they’re less people than exaggerated types.

That’s not to say that Archer asks less of the audience than Bob’s Burgers does. They both ask us to accept a certain vision of the universe. Bob asks us to accept a fundamentally hopeful universe in which, though bad things may happen, love prevails. Archer, meanwhile, asks us to accept a much bleaker universe, in which anything that can go wrong will go wrong, in which suffering is so omnipresent that it becomes at once insignificant and comic.

3.
I was recently talking to Liz Meley, a friend and fellow poet. I said, matter-of-factly, that it’s a shame Bob’s Burgers isn’t nearly as funny as Archer. Liz, surprised, said that Bob’s Burgers was by far the funnier cartoon. On second thought, though, she remarked on my preference: “Given your emotional landscape lately, that makes sense.”

Liz and I have known each other for a few years. We talk about our lives and we share work often. As such, she’s seen my work and my emotional landscape shifting. When we first met, I was primarily working in the mode of poets like Alan Shapiro or Michael Ryan: dark, direct, tightly-controlled lyrics of personal heartache.

While I’m still a huge admirer of these poets and am deeply influenced by them, I’ve increasingly come to align myself with poets like Matthew Zapruder, Jeffrey Schultz, and Dobby Gibson—poets whose use of humor and modulation of tone yields an oblique, often zany approach to pain. Their emotional distancing is actually used to enhance the emotion through the weight of the unsaid or the evaded.

On the personal level, when Liz and I first met I was in the depths of a self-destructive and self-absorbed depression, feeling my own pain intensely and moping around enough to earn from her the (affectionate) nickname “Eeyore.” Over time, my emotional landscape has changed: less sad, probably more nihilistic, I find myself (in my work and in my life) bitterly laughing far more often than crying.

And there’s her point: Archer is able to reach me because the universe it asks its audience to accept is a universe of bitter laughter.

Bob’s Burgers can’t have the same effect on me because it’s not the right type of vehicle to enter my current emotional landscape. If I’m a field, it’s a boat.

4.
Now take a look at Philip Larkin’s famous “This Be the Verse.” The universe that it asks the reader to accept is not unlike that of Archer: bitter laughter is the best response. The poem, in its bouncy nursery-rhyme tetrameter, tells the reader that each successive generation is only going to fuck things up worse than the last, so the best thing to do is to go kill yourself, and after you’ve killed yourself, make sure not to have any kids. The argument is so exaggerated that we can’t entirely take it seriously—we don’t feel that Larkin is actually advocating that we off ourselves. At the same time, though, the pervasive sense of despair is deadly serious: it’s a bleak, bleak (and very funny) universe.

Or, in a similar vein, take Russell Edson’s “Fire Is Not a Nice Guest.” Here’s an excerpt:

I had charge of an insane asylum, as I was insane.

A fire came, which got hungry; so I said, you may eat a log, but do not go upstairs and eat a dementia praecox.

I said, insane people, go into the attic while a fire eats a kitchen chair for breakfast.

The fire was eating an old lady. I said, one old lady, yes, and a child for dessert.

I said to the fire that it may take a siesta in the maniac’s bed. But the fire wanted to eat the bed. You are too hungry, fire, I said. But, by that time the fire’s whole family had moved in, and was eating out the corners of the asylum – Hey, that’s where the dusts have built their cities.

But the fires will not listen as they do not like to starve.

The poem does not ask us to have any empathy with the fire’s victims. Okay, sure, go ahead and eat one old lady. Just one though. And also a kid. Fine. These characters aren’t really characters at all; they’re sketches, outlines quickly made and dispatched in service of something else. Indeed, the speaker seems more troubled that the fire has consumed the dust’s “cities” than he is by the people it’s consumed.

It’s not that the poem is devoid of emotion. Not at all. It’s simply that the emotion isn’t located in the characters; it’s located in the total vision of this bizarre and burning universe.

Conversely, take a poem like Brooks Haxton’s “Screech-Owl Pie.” The speaker sees a roadkill owl, and imagines it must have been chasing a mouse before it was hit. Then this:

to think: the mouse the car set free
might well have been the species
people train to sing
for ears of wheat. And friends of ours

who taught with us by that same road,
though dead, may train us yet
to sing for them, to say, by reading
from their poems, how beautiful

Kashmir and West Virginia are
without them. Screech-owl pie, wings
spread with talons underneath, contains
no more an owl than shut books do

friends. And as for us who happen by,
who hunker at the guardrail: listen.
Year-round after nightfall
the white-footed mice are singing.

Like Edson’s poem, death is pervasive here. As is a certain wry humor: it’s an elegy told through singing mice and “screech-owl pie.” Unlike Edson’s poem, though, the emotion is very much located in the characters. The dead were real people, the speaker’s loss is real, and the light touch of humor is a poignant way of at once coping with and magnifying the pain, like a splash of green added to make a red painting redder.

5.
And yet, as I write this essay, I notice my categories breaking down. While I can’t quite connect with Bob’s Burgers, I can connect with Haxton’s lovely poem. But haven’t I established that my current emotional landscape is best traversed by a vehicle built from nihilistic humor, not the character-driven-empathy of Bob and “Screech-Owl Pie”?

Perhaps it’s simply that my emotional landscape permits me to connect with Haxton’s sadness in a way I can’t connect with the fundamental optimism of Bob’s Burgers.

Or perhaps it’s simply a question of my expectations of genre; maybe I’m more open to finding meaning in a poem than in a cartoon.

Or maybe it’s more than that. Maybe it’s that some works are amphibious vehicles. Maybe such works can make their way across either field or sea to reach us, churning up and changing our landscapes as they cross.

J.G. McClure is an MFA candidate at the University of California Irvine, where he teaches writing and works on Faultline. His poems and reviews have appeared or are forthcoming in various publications including Fourteen Hills, The Southern Poetry Anthology (Texas Review Press), Colorado Review, and Green Mountains Review. He is at work on his first book.