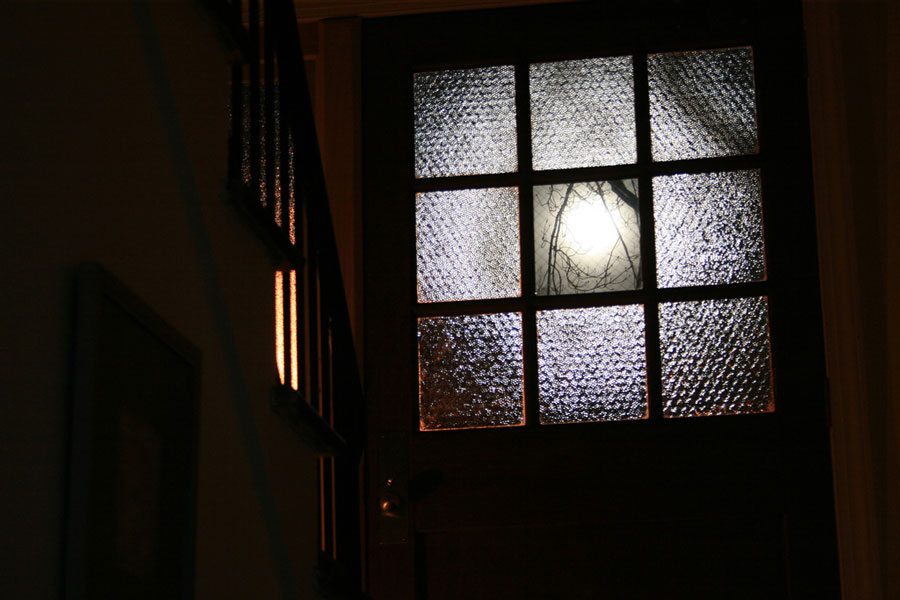 Saria rocked in her chair on the porch, wondering how the trees kept still on such fierce nights. The house had grown so quiet since her mother’s boyfriend left—since she told her mother what he’d done—that it seemed like all she ever heard was her mother’s wine glass clinking against the sink.

Her mother had kicked him out right away, but Saria sensed her mother hadn’t believed her. “I don’t understand,” her mother had said. And later, once he was gone, when she was drunk: “Who started it anyway?”

Inside, she found her mother folded back into the couch, glass broken on the floor. She would have to drive herself to school tomorrow.

You wanted it, remember that.

Saria scooped the pieces of glass into bare hands. Back outside: to the trashcan, the trees.

I’ll tell her it was you.

Saria stared out at the trees and wondered what it would be like to never speak again, to wave only when the breeze brushed her limbs, to keep the sparrows and robins and blue jays warm as they scampered through her, to open her mouth only when the wind grew so strong that her whole body trembled and his voice was there beside her again: Don’t tell.

She tossed all the pieces except one she thought looked like tonight’s moon, a perfect waning crescent. Tomorrow it would be gone. 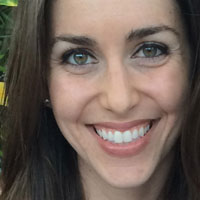 Caitlin McGill is the 2014 winner of the Rafael Torch Nonfiction Literary Award, and her work has appeared or is forthcoming in Crab Orchard Review, Digital Americana, Short, Fast, & Deadly, Solstice, The Southeast Review, Spry Literary Journal, and several other magazines. Currently, she is completing a collection of essays that explores identity, religion, addiction, war, empathy, and the destruction that results from ignoring those very issues.