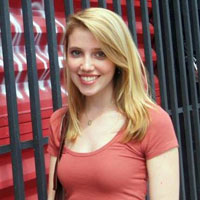 MINA, a novel by Kim Sagwa, reviewed by Kelly Doyle 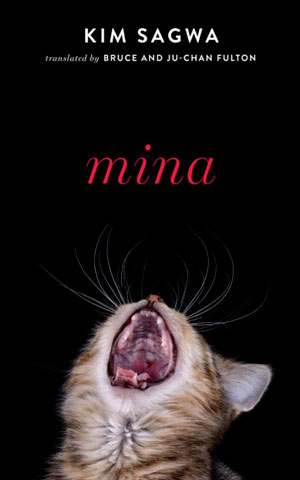 July 23, 2018
MINA by Kim Sagwa translated by Bruce and Ju-Chan Fulton Two Lines Press, 237 Reviewed by Kelly Doyle When adults look back upon their teenage years they chuckle, roll their eyes at their own naiveté, or slap their foreheads in retrospective frustration. And they have a lot to say. Writers have been exploiting the tumultuous years between thirteen and eighteen ever since the first angsty teenager began committing regrettable acts in an attempt to find herself. Writers feast on change, on transition, on fear and tension, all so inherent in the teenage being. From The Catcher in the Rye to Looking for Alaska to The Outsiders and The Perks of Being a Wallflower, we have seen poor judgment, insecurity, the occasional misguided romance, and the search for identity drive stories. A new novel, Mina, written by Kim Sagwa and translated from Korean by Bruce and Ju-Chan Fulton, also attempts to chronical this transformative time of life, but in the context of a world that does not condone individuality, experimentation, or choice. Through unconventional characters, a high-pressure setting, and an unapologetic directness that is both off-putting and enthralling, Sagwa creates an entirely different kind of teenage drama. By ...
Read the full text 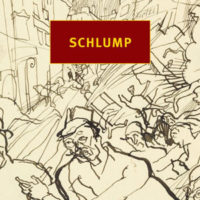 December 19, 2017
SCHLUMP by Hans Herbert Grimm translated by Jamie Bulloch NYRB, 263 pages reviewed by Kelly Doyle When Hans Herbert Grimm’s semi-autobiographical novel Schlump was published in 1928 alongside All Quiet on the Western Front, it was advertised as a “truthful depiction” of World War I. It is no surprise that Grimm took on the the pseudonym Schlump, just as his protagonist does, to hide his identity. As explained by Volker Weidermann in the afterward, Grimm “describe[s] the German soldiers of the Great War as less than heroic,” and “the entire war as a cruel, bad joke.” While this caused the Nazis to burn his book in 1933, today it gives the text, translated by Jamie Bulloch, a feeling of authenticity. The novel opens in Germany to a sixteen-year-old troublemaker, Emil Schulz also known as Schlump, who can “think of nothing but girls and the war.” It is 1915 and, picturing himself in a flashy military uniform, he defies his parents and volunteers to join the German army in WWI for nothing more than honor and sex. His romanticised idea of war is strikingly unrealistic; Grimm describes it like a painting, without the sounds and smells and feelings of real war ...
Read the full text

A MYRIAD OF ROADS THAT LEAD TO HERE, a novella by Nathan Elias, reviewed by Kelly Doyle 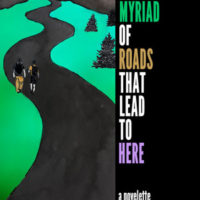 October 26, 2017
A MYRIAD OF ROADS THAT LEAD TO HERE by Nathan Elias Scarlet Leaf, 72 pages reviewed by Kelly Doyle  Nathan Elias’ first novella, A Myriad of Roads that Lead to Here, tells a story that is simultaneously frustrating and accessible. This bildungsroman provides a snapshot into the emotional journey of a naive and sometimes selfish narrator, Weston, as he grapples with the untimely death of his mother, which had occurred a few months before. Home from college for the summer, Weston decides to walk to the ocean. He hopes that this trip, modeled after stories he has read, will cure him of his pain. Unfortunately, the reader quickly realizes that this journey is not only fruitless, but may have the reverse effect than was intended. Brief moments of human connection, as fleeting as smoking a cigarette and seeing another person doing the same or giving a child a quarter to buy a candy, are all that give Weston any relief on his walk. During these moments, when Weston reaches out to another human being, the reader can feel the void in his heart. That void only grows as he moves on, determined to finish his painful quest and all ...
Read the full text

THE MASK OF SANITY, a novel by Jacob Appel, reviewed by Kelly Doyle 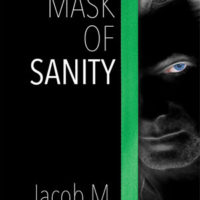 October 11, 2017
THE MASK OF SANITY by Jacob Appel The Permament Press, 256 pages reviewed by Kelly Doyle The protagonist of Jacob Appel’s 2017 novel, The Mask of Sanity, is a doctor, a family man, and a murderer. Appel offers a rare insight into the life of this high functioning sociopath, Dr. Jeremy Balint. With a staggering seven master's degrees, medical degree, law degree, and experience in clinical psychiatry, Appel is certainly authority enough to paint a convincing psychological profile of such a troubling protagonist. The close third person narration allows the reader to hear Balint’s twisted thoughts, while also observing and nearly falling victim to the carefully constructed facade of “the most ethical human being on the planet.” Balint, in fact, appears to have a perfect life. After overcoming a difficult childhood, he becomes a successful cardiologist, marries a smart, beautiful woman, buys a house with a pool, and has two daughters who he adores. Living this beautiful life, Balint is tormented by the thought that it might not last. And it won’t, of course. He soon discovers that his wife is having an affair with a notoriously slippery colleague, Warren Sugarman. It quickly becomes apparent that Sugarman, a womanizing ...
Read the full text
Advertisements