THE MEHLIS REPORT by Rabee Jaber reviewed by Nathaniel Popkin 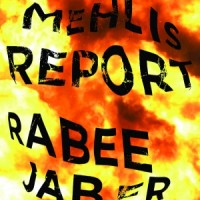 August 5, 2013
THE MEHLIS REPORT by Rabee Jaber translated by Kareem James Abu-Zeid New Directions Paperbacks, 202 pages Reviewed by Nathaniel Popkin At night, I dream the city; I dream Baldwin’s—and Capote’s—alluring New York at mid-century; I dream Pamuk’s melancholic Istanbul of the same period; I dream Antunes’s desperate 1990s Lisbon and Nasr’s suffocating Tunis and Bolaño’s heretical 1970s Mexico City; I dream Zadie Smith’s London and Mercé Rodoreda’s Barcelona; I dream my own Philadelphia, which sometimes isn’t Philadelphia at all (it may be Brooklyn or Montreal). Now, I dream Rabee Jaber’s early 21st century Beirut; I dream the enduring disquiet, I ...
Read the full text

THE HARE by César Aira | reviewed by Nathaniel Popkin 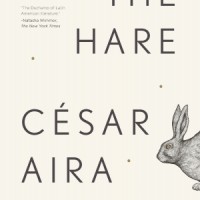 July 24, 2013
THE HARE by César Aira New Directions Paperbacks, 218 pages reviewed by Nathaniel Popkin The writer César Aira has a charming trait (at least in the English language translations of his books published by New Directions): at the end of his novels, he inscribes the date he completed the work, at least so we are supposed to believe. For both The Miracle Cures of Dr. Aira, published in Katherine Silver’s English translation by New Directions last year, and The Hare, which New Directions brings out tomorrow translated by Nick Caistor, were apparently finished the same day, September 6, 1996. Could ...
Read the full text

THE TRANSLATOR by Nina Schuyler reviewed by Nathaniel Popkin 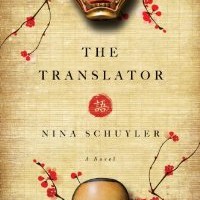 June 21, 2013
THE TRANSLATOR by Nina Schuyler Pegasus Books, 352 pages Reviewed by Nathaniel Popkin I noticed, earlier this week, that my friend Cristina Vezzaro had been posting on Facebook in Dutch. This shouldn’t have surprised me. Still, I wondered, “Have you added a new language?” “I took Nederlands while in Geneva 20 years ago. I am just trying to refresh what I knew and learn it better,” she replied. Vezzaro, after all, is a literary translator, who translates novels from the original German and French to Italian; but Cristina was born multi-lingual, in a part of Italy near ...
Read the full text 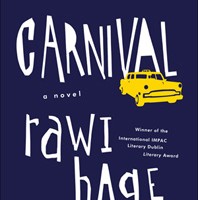 June 12, 2013
CARNIVAL  by Rawi Hage Norton, 304 pages Reviewed by Nathaniel Popkin Fly, the narrator of Rawi Hage’s fabulist novel Carnival, released in the US on June 17, is a literature-obsessed taxi driver—and child of circus performers—who imagines himself a super-hero, avenging wrongs perpetrated on the vulnerable and the poor. Books—particularly the subversive kind—are his sword. One night, he picks up an arguing couple. The woman, Mary, is crying. Her husband berates her for her introverted, bookish ways. He wants some action. “I am tired of this, do you understand?” he says. Fly flies into a rage, forces the husband ...
Read the full text

THE DIG by Nathaniel Popkin 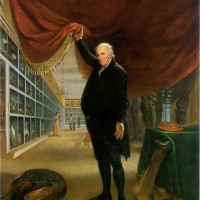 June 4, 2013
"THE DIG" From LION AND LEOPARD (The Head and the Hand Press, October 2013) by Nathaniel Popkin Charles Willson Peale, Belfield, November 24, 1818 I woke at half past four, drank two glasses of water, and with the wind in my eyes, walked past the sleeping elk’s pen and into the barn.  There, I milked the two cows, remarking to myself on the double economy of doing one’s chores oneself.  It is apparent that many a gentlemen farmer, if that is how I am to be labeled, pays good money for his own idleness and sloth.  It is like purchasing ...
Read the full text