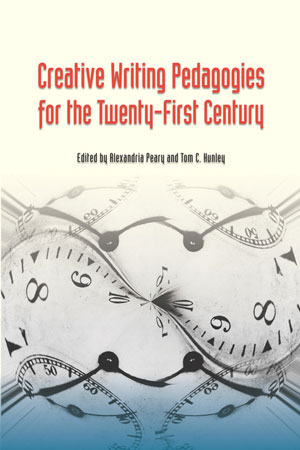 We live in an era of border crossings. In marriage, family, race, gender, and geographical boundaries, our world is more than ever about blending, bridging, transforming, and migrating. Frontiers are shifting in literature, too: the move is on toward hybrid and blurred genres—prose poems, flash fiction, videos, and other experiments in expression. Into this climate of mixing and crossing, comes Creative Writing Pedagogies for the Twenty-First Century, edited by Alexandria Peary and Tom C. Hunley (SIU Press, 2015). The book details the many ways in which creative writing instructors are crossing boundaries: for example, using compositional strategies in the creative writing classroom.

The twelve essays in this book are rich in theory, research, practical ideas, and in-the-trenches know-how. The contributors are academics who are also poets and writers. They all specialize in teaching creative writing, composition, and/or literary studies. Many of the essays captivate with inspired ideas. A few, aiming for the scholarly, rely a little too much on academic jargon and buzzwords. All in all, I found a raft of useful crossover and new-generation ideas for teaching creative writing and, as a by-product, some new ideas for teaching composition as well. 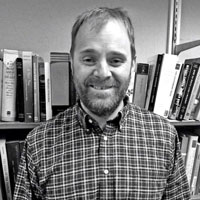 In their chapter Tom C. Hunley and Sandra Giles—collaboration is advocated throughout the book and many of the essays are co-authored—argue that creative writing can be taught, and to that end they advocate a rhetoric-based creative writing class. Hunley and Giles urge teachers to make their creative writing students attend to audience and purpose and to keep in mind the Aristotelian appeals to ethos, logos, and pathos. The authors point out the ways in which fiction, creative nonfiction, and poetry can all be served by such rhetorical techniques as comparison, imitation, narrowing, and amplification. As enlightening as this chapter was for the teaching of creative writing, it was, for me, just as valuable for comp teaching. I will surely put to use the invention exercise of gnome (sententia) in which students recommend or disprove an aphorism. Writing instructors, say Hunley and Giles, should be as steeped in rhetorical theory as much as in great works of literature.

Many of the contributors rebel with some zeal against the traditional writers workshop. They contend that it relies overly on the apprentice writer/literary master model, which they critique as a hegemonic and hierarchical concept that positions the instructor as the cultural authority. I think that mastery should count for something, but a powerful voice misapplied can shut down a student. Several contributors offer antidotes to the traditional model. In his chapter, Patrick Bizarro advocates “mutuality.” Instead of editing a student’s poem or story or essay into publishability, Bizarro says that the teacher should act not as expert, but as the writer’s partner or companion. He offers a parallel text response chart in which the instructor poses reactions to the text and asks the writer to deepen or clarify her ideas. Not the teacher as expert, but the teacher as willing and receptive reader. 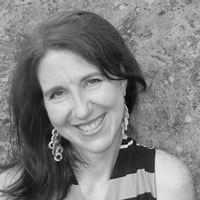 In their feminist approach to the creative writing workshop, Pamela Annas and Joyce Peseroff also rebel against the concept of the workshop leader as literary master. Peseroff urges decentering the workshop leader’s authority. She calls for a workshop that responds to students’ needs. Class members should be asked what they want out of the workshop, how they would like to introduce their work, when and how would they like to participate in the discussion. She also suggests rotating discussion leaders. This is very different from the MFA model in which the student writer remains silent as the group discusses the work, only being permitted to speak at the end of the discussion. As someone who has been following the MFA model, I found Peseroff’s approach inviting and refreshing. I will surely experiment with it. I also liked Peseroff’s idea of textual intervention in which students rewrite canonical work: for example, she suggest writing a story from the point of view of one of Cinderella’s stepsisters.

Understanding how often women writers may self-censor (is my material important enough? are motherhood and daughterhood worth writing about?), Pamela Annas emphasizes the role of the teacher in helping students to locate their material and giving them a safe place to share it. She offers many detailed lesson plans, and unique in-class writing exercises. I was particularly taken by Annas’s bridging idea that introduces graphic novel techniques into the writing class. She suggests having students pick a scene from their work, then sketch or verbally describe that scene as a single graphic frame.

Similar themes and pedagogical values run through many of the essays. These include the value of writing across the curriculum, the desire to explode the traditional apprentice/master model of the workshop, the promotion of process over product, and the blending of genres. This last I found quite useful in terms of lesson planning. Not only did I like Annas’s idea of the graphic frame, but I was very taken with Steven Healey’s chapter which delivers a trove of hybridizing ideas.

Healey promotes the concept of “creative literacy,” a phrase he developed to describe the works produced across the arts, often via collaboration and made public off the page. His ideas include poems to be written on bridges, on the walls (imaginary walls, I hope) of fast-food restaurants, or recited in shopping malls. Aware that the US economy is more often a creative economy than an industrial economy, Healey promotes creative literacy as a way of encouraging students to develop creative thinking in general. The hope is that creative writing classes will help students develop creative skills they can use in any occupation they pursue.

Peary and Hunley counsel a smorgasbord approach to the wide array of methods and mixing techniques in Creative Writing Pedagogies for the Twenty-First Century. They urge the reader to take what he wants from each chapter and leave the rest. I found some of the prompts and approaches completely new. Others, just as valuable, come from time-honored traditions. In the latter case, there’s much to be gained by having one’s memory refreshed as to their usefulness. One of the main take-aways from the book is this: a creative writing instructor knows that, as scintillating as she is, her own personality and publishing record are not enough to help her inspire her students, help them shape their work, and empower them to believe in themselves as creative thinkers. Peary and Hunley’s Creative Writing Pedagogies for the Twenty-First Century offers help with its bridging ideas.

Lynn Levin’s newest books are the poetry collection Miss Plastique (Ragged Sky, 2013), a Next Generation Indie Book Awards finalist in poetry, and Birds on the Kiswar Tree (2Leaf Press, 2014), a translation from the Spanish of a collection of poems by the Peruvian Andean poet Odi Gonzales. She is co-author of Poems for the Writing: Prompts for Poets (Texture Press, 2013), a Next Generation Indie Book Awards finalist in education/academic books. Her poems, essays, short fiction, and translations have appeared in Painted Bride Quarterly, Michigan Quarterly Review, Cleaver, The Hopkins Review, The Smart Set, Young Adult Review Network, and other places. She teaches at Drexel University and the University of Pennsylvania. Her story “The Birthday Present” appears in Issue 4 of Cleaver and her flash piece “The Ask Sandwich” in Cleaver’s .5 Preview Issue.