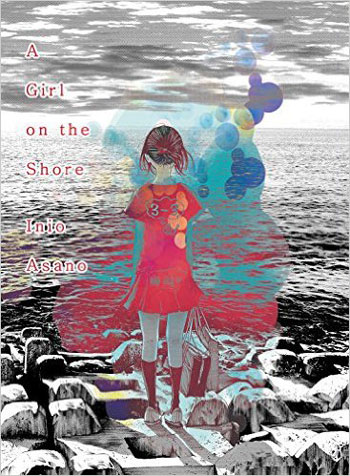 A GIRL ON THE SHORE
by Inio Asano
Vertical Comics, 406 pages

In a 2013 interview, Inio Asano cites learning the phrase “chunibyo” as an inspiration for A Girl on the Shore. A Japanese meme, “chunibyo” translates roughly to “Eighth Grader Syndrome,” and describes an early adolescent’s tendency to aspire to and imitate the adult behaviors that she is too young to understand. The comic, a direct and emotionally intense story about two early adolescents who enter a sexual relationship, functions as a parable of “chunibyo,” exploring this youthful desire to seem more mature as well as its consequences. In contrast to this motif, A Girl on the Shore is a deceptively mature accomplishment, employing the techniques of commercial manga to the greatest level of sophistication to convey the searing anxieties of adolescence.

This is a graphic novel about two teenagers, Koume and Keisuke, who decide to start having sex when they are very young. Both are haunted by recent trauma: Koume by her rape at the hands of a popular kid named Misaki, and Keisuke by the death of his older brother. They enter the relationship believing it will be strictly sexual, an escape from normal life without emotional baggage. However, no relationship can really be casual at such a young age, and they soon must deal with the feelings brought out by their connection. It’s a relationship that is never romantic until its very end, a relationship Asano describes as “a love story in reverse.” 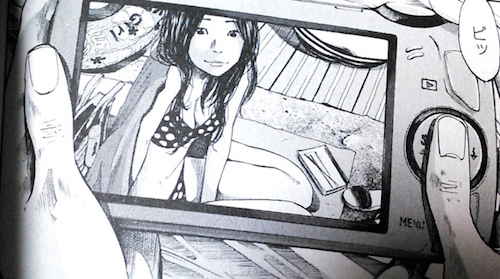 The reader of A Girl on the Shore might be shocked by the work’s graphic sexual content. The depictions of teenage sex are explicit, bluntly depicted, and emotionally fraught. However, what makes these scenes truly shocking is not their presence nor even the age of the characters but their realism. These are scenes of human interaction and intimacy, presented honestly and without judgment. The scenes are not fetishized, but instead are composed of beautiful images, the emotional turmoil of our protagonists made physical. 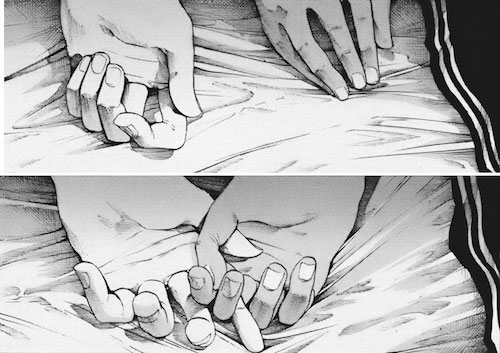 The power of A Girl on the Shore is rooted in the emotional realism of its characters. Although the story of sex and trauma is (one hopes) not a universal experience, the concerns and anxieties, the precociousness and emotional need depicted through these characters is painfully real. Asano is able to capture how young people who have trouble expressing themselves try to discuss, or talk around, their feelings. The dialogue is written in the language of melodrama, but it is not so much that this is a melodramatic story as it is a story about people who try to understand their difficult world in melodramatic terms, and the conflict results from the dissonance between melodrama and reality. We see this conflict, for example, in a climactic scene where Koume believes she has to save Keisuke, a third act crisis straight out of your favorite romantic comedy. But Keisuke doesn’t need saving, which leaves Koume alone to be confronted with her own fears and the needs she mistakenly projected onto another person’s situation. 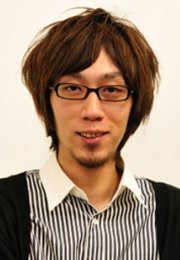 What really makes A Girl on the Shore stand out is Asano’s excellence as a cartoonist. Every panel is carefully rendered, as he employs screen tone to each image in a manner that is both artful and precise and obsessively utilizes photo-referenced backgrounds in the tradition of Shigeru Mizuki. Asano has a knack for capturing emotion through posture and expression, and in this work he manages to capture impressively the subtle changes that emerge over the years of adolescence. It’s a cliché to refer to manga as cinematic, but this is very true of what Asano accomplishes in this work, and not only in the film-strip vertical format of many sequences. One crucial moment is even given a soundtrack, the panels captioned with the lyrics of “Gather the Wind” by Happy End, previously used in the Sofia Coppola film Lost in Translation. It’s interesting to track Asano’s growth as an artist over the course of his works; beginning from a fairly traditional style somewhere between Naoki Urasawa and contemporary anime, Asano’s approach to his craft has become unique in its own right and stronger than ever, in tandem with the strength of his storytelling.

A Girl on the Shore is peppered with references to Japanese pop music – names like Bump of Chicken, Happy End, and AKB48 are casually dropped at various points in the book. This is the kind of music that teenagers listen to, music that becomes charged with the feelings projected onto it and experienced alongside it. In one revealing moment, Koume asks Keisuke what the lyrics to Happy End’s songs mean, to which he responds, “Someone like you’d never get it. To be honest, I don’t totally get them myself.” A Girl on the Shore is about the sort of intense feelings that come with growing up, those that—as Keisuke feels about Happy End—are as powerful as they are difficult to understand in the moment.